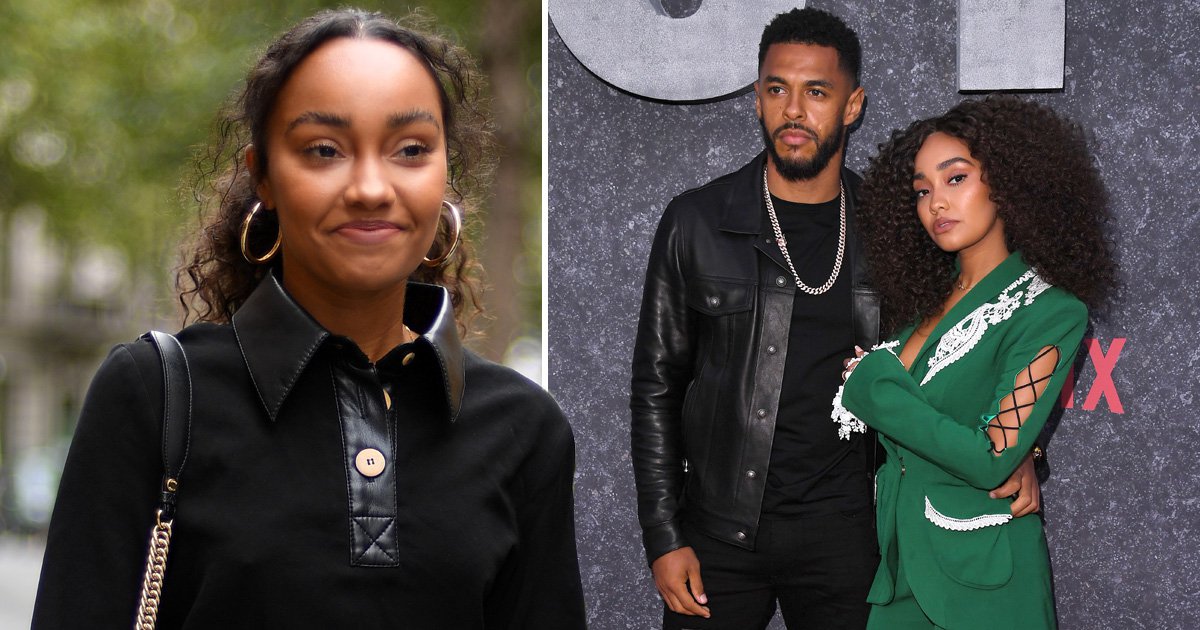 Leigh-Anne Pinnock has opened up about her fiance Andre Gray’s controversial colourist tweet against dark-skinned Black women for the first time.

The Little Mix singer wasn’t yet dating Watford footballer Andre when he sent an offensive tweet in 2012, which said that Black women wearing red lipstick look like ‘burnt toast with jam on it’.

As a result, Andre was charged by the Football Association in relation to the tweets in 2016 and fined £25,000 while also being banned from four matches with Burnley, his team at the time. He also issued an apology.

She said according to The Sun: ‘I will never know what it feels like to be a dark-skinned woman but seeing those tweets really made me feel a bit sick.

‘I was really upset because I was just like, “Who is this person? This is horrible”.

‘That wasn’t the person I knew. When they surfaced, my heart sank. Because I was like, “That is not the person I met. It sounds like a child, like a silly child”.’

Andre, who proposed to Leigh-Anne last year, makes an appearance in the film and explained: ‘You become a product of your environment.

‘Whatever you were around every day and you’re not educated on it or exposed to why it’s wrong, it kind of sticks. There’s no excuse at all. When it all came out, obviously I was embarrassed, ashamed and disappointed.

‘I’ve made that mistake and I’ve learnt and I’ve educated myself and grew up to understand how offensive and wrong it was.’

The footballer said that his biracial Jamaican heritage is a ‘tough one’ and admitted he felt ‘a bit of self-hate’ as many people in the Caribbean country ‘don’t want to be dark-skinned’.

‘There’s a lot of bleaching and whatever going on and it’s cool to be lighter,’ he said.

‘You pick up on these things as well, maybe it was easy for a light-skinned person like myself to joke about it.’

Elsewhere in the documentary, Leigh-Anne opens up about feeling invisible in Little Mix compared to her bandmates Jade Thirlwall, Perrie Edwards and previously Jesy Nelson.

She also chats to Sugababes singer Keisha Buchanan and X Factor winner Alexandra Burke about colourism in the music industry.

Leigh-Anne: Race, Pop & Power airs on BBC1 at 9pm on May 13 and is available on BBC iPlayer the same day from 6am.

The truth about Michael Jordan and LeBron James’ relationship

Claudia Jessie boyfriend: Who is the Bridgerton actress dating in real life?