Home » Celebrities » Louise Minchin: ‘Going to take a while’ BBC Breakfast presenter opens up on ‘recovery’

Louise Minchin, 51, undertook a gruelling triathlon at the weekend, which consisted of nine swims and nine runs.

The BBC Breakfast host shared pictures of herself on Twitter and said it’s one of the “toughest” races she’s ever competed.

This morning, Louise updated her fans on how she’s doing following the epic challenge, and said indulging in a pizza afterwards “helped”.

Alongside a picture of herself showing off her medal, she wrote: “Good morning, how are you all doing?

My toughest race ever

“It’s going to take me a while to recover from yesterday’s epic swim/run but the pizza definitely helped. @Time2TrainFit.”

Louise also uploaded a snap on Instagram, revealing she was wearing trainers in the studio today, due to her “sore toes”.

She said: “Good morning, sneaking my trainers on @bbcbreakfast as I have very sore toes post @brecaswimrun !! Ouch ouchy ouch.”

The mother-of-two reflected on the race, and thanked supporters for turning up and helping her along the way.

“I think I may have done my toughest race ever @BrecaSwimrun #coniston 9 x swims 9 x runs in incredible landscape with brilliant volunteers 48k on the watch, she commented.

“Huge thanks to coach/friend @Time2TrainFit for coping with the tears, keeping me safe and cajoling me round. Racing over!” 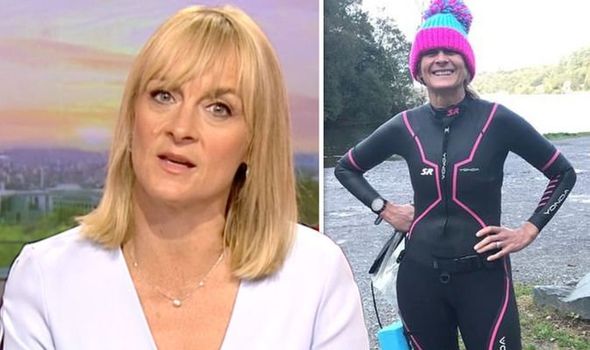 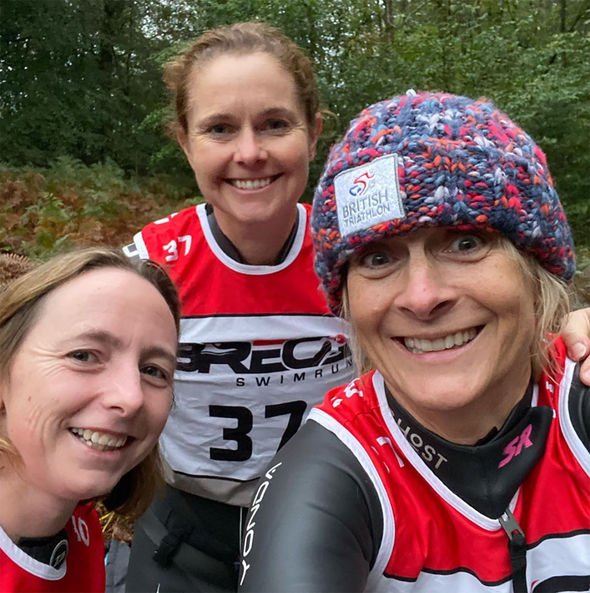 Ahead of completing the challenge, Louise revealed the triathlon would be her last race of the year and she was doing it to raise money for mental health charity, Mind.

“Tomorrow is my last race of this year @brecaswimrun #coniston it’s 45k of swimming and running with 6km of swims it’s going to be cold, and tough and epic and @time2trainclaire has to be with me all the way as we are a team,” sh said.

“Fingers crossed together we will make it. I am doing it for @mindcharity the link is in my bio!!”

Louise is an amateur triathlete and has competed at the World Triathlon Championships for Great Britain.

In August, the BBC Breakfast favourite completed the Norseman triathlon, held in Norway. 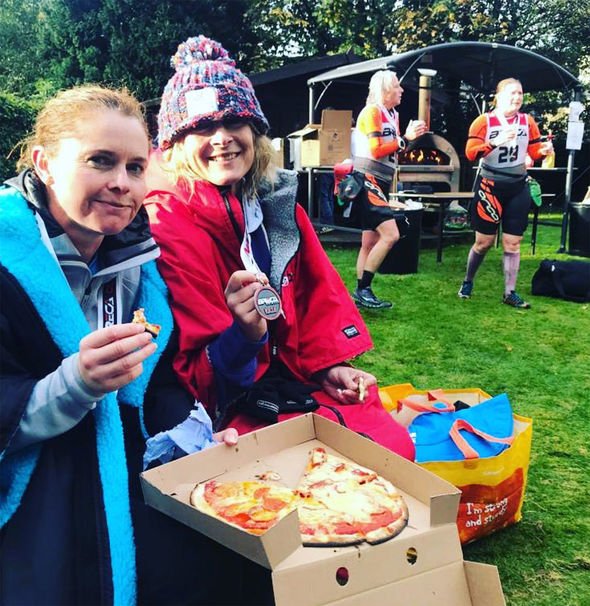 The triathlon starts with a swim from the loading bay of a car ferry, then on to cycling 180 kilometres though the mountains, finished with a 42.2 kilometre run.

Following the epic challenge, Louise said she was “broken” but acknowledged it wasn’t an amazing experience.

She said on Twitter at the time: “I am a bit broken but delighted to be the proud owner of a white #Norseman t-shirt after a very long tough brilliant day in the stunning Norwegian countryside. A brilliant experience.

“Thanks for all your support for @mindcharity and thanks to everyone at @nxtri Next plan, rest.”

BBC Breakfast airs on BBC One from 6am.