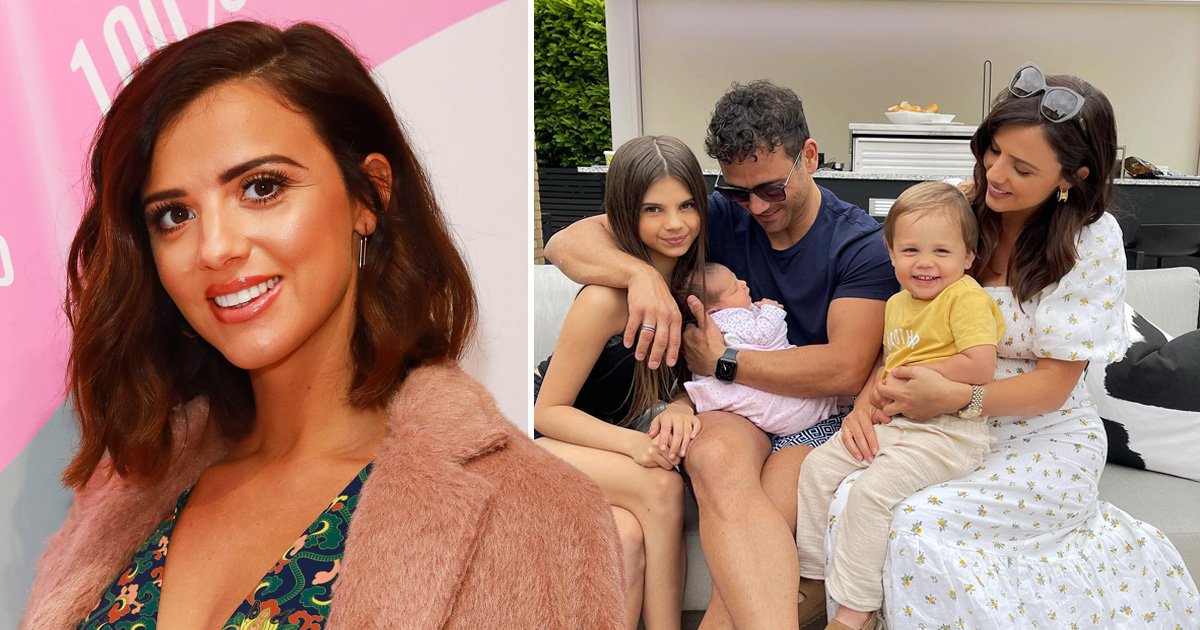 Lucy Mecklenburgh shared that her baby daughter Lilah was in hospital after struggling to breathe.

The former The Only Way Is Essex star, who is engaged to Coronation Street star Ryan Thomas, revealed on social media that their baby girl was ‘tube fed’ for a couple of days after getting ‘really poorly.

Lucy, 30, updated her fans over her social media absence and uploaded a picture of Lilah in hospital where she was diagnosed with bronchiolitis – a chest infection that affects babies and children under the age of two.

Lots of messages asking where I’ve been for five days,’ she penned.

‘Unfortunately Lilah got really poorly with Bronchiolitis so we have had a few days in hospital. She is home now and doing well.

‘I’m obviously not in any position to give medical advice but this is our experience for parents that may want to know what happened and what to look out for.’

She continued: ‘It started with Roman having a really bad cough I presume he picked up at a pre-school then Lilah caught it.

‘Three days in she wasn’t coping with it very well, tummy sucking in, cough getting worse, high temperature, coughing and choking on milk and her saliva.

‘In hospital she needed some oxygen and was tube fed for a couple of days. She had a nose swab that tested positive to RSV which causes Bronchiolitis.

‘The swab isn’t routine anymore but with Roman’s health issues it was important for me to know exactly what she had.

The reality star confirmed that her baby girl is happy at home but still has ‘a bad cough.’

Lucy and Ryan are also parents to two-year-old son Roman who was born on March 7 2020 – a couple of weeks before lockdown hit – and the star admitted that being a new mother could be ‘very lonely’ but said social media had helped.

The couple have been in a relationship since 2017 after meeting on Celebrity Island With Bear Grylls.

Ryan, who played Jason Grimshaw in Coronation Street from 2000 until 2016, proposed during a holiday in Italy in June 2019.

It’s Over! Signs That Carly Waddell and Evan Bass Were Headed for a Split

Sharon Osbourne Opens Up about 'Horrendous' Facelift and Ketamine Therapy