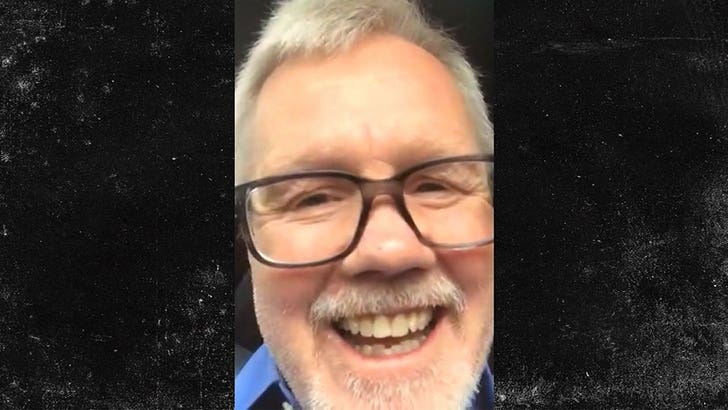 Manny Pacquiao‘s team is ALL IN for a rematch with Floyd Mayweather — so says his trainer, Freddie Roach who tells TMZ Sports, “I really think Manny can knock him out.”

After 40-year-old Manny put a hurtin’ on Keith Thurman this weekend, there’s a huge buzz about a MayPac II rematch … following the first superfight back in 2015.

Roach, who’s been training Pacquiao for years, says Manny and the entire team is down … if Floyd is man enough to get back in the ring.

“[Floyd] would be a fight we’d want. I’d like to get that one back one more time. I know we can do much better. We had an injury in that fight, but regardless, we lost a close decision. I know Manny can do much better than that.”

Remember, after their May 2015 fight, Manny revealed he suffered a shoulder injury in training camp which he says held him back in the main event.

But now, Manny’s healthy — and looked awesome in the Thurman fight — and Roach ain’t all that impressed with the work Mayweather’s done inside the ring over the past few years.

“Floyd’s last couple of fights against a kickboxer and whatever the other guy was [Conor McGregor] he wasn’t too impressive,” Roach tells us … “I think it’s a good time to catch him right now.”

Freddie says Manny was planning to call out Floyd in the ring after he defeated Keith Thurman … but Floyd bolted out of the arena.

“I do think it could happen, yes. Probably not ’til next year. But, the thing is, it is a big fight out there. And, again a fresh Manny with no injuries, I love that fight.”

Vicki Gunvalson postponing wedding to Steve Lodge due to coronavirus

Pete Davidson & Kate Beckinsale: The Chances Of Their Fling Actually Getting Serious Revealed