Perhaps it was inevitable that Maya Jama would one day become the spiritual successor to Britain’s greatest TV matchmaker, Cilla Black. For the 28-year-old, who begins her reign as presenter of ITV’s Love Island tomorrow, has the same bubbly personality and vibrant desire to get a ‘lorra, lorra laughs’ out of life that made the late Liverpudlian such a viewers’ favourite throughout the 18 years she spent as Blind Date’s very own Cupid.

More crucially, Jama backs that cheery likeability with a faultless professionalism and a steely determination to succeed, just as Cilla did.

When the news broke that she would take the coveted role previously held by Caroline Flack and Laura Whitmore, she told fans: ‘Sounds a bit wild but anything I’ve ever really wanted in life I’ve got.’ 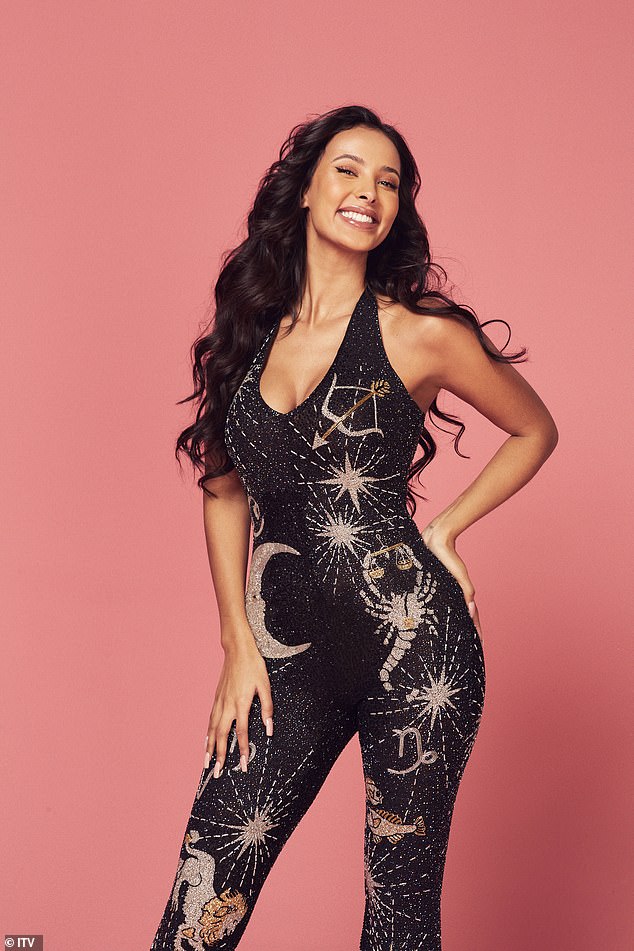 And that is less down to the random whims of the universe than to her own personality, which she describes as ‘fearless, determined and tunnel-vision focused’. Even as a child she wanted to be on TV and says she was ‘really ambitious’ and ‘super, super confident’ about making that dream come true.

It would not take a psychologist to suggest her drive to succeed comes from a desire to escape her difficult early life, with her father spending much of her childhood behind bars for violence-related crimes and her boyfriend ending up dead when he innocently became caught in the crossfire of a gangland shootout when she was just 16.

Rico Gordon was killed as two gangs waged a gun battle after a carnival in Bristol. A stray bullet hit the 21-year-old in the head while he was on the phone to Jama. Two men were jailed for his murder, but the star’s friends say she still unfairly blames herself for the death. He had travelled from London to visit her and was asking directions to her home when he was shot.

‘Your whole world changes,’ she later said of that moment. ‘You’re a little girl and you realise, ‘All right, this is adult stuff going on.’ I was devastated, I was so sad.’ 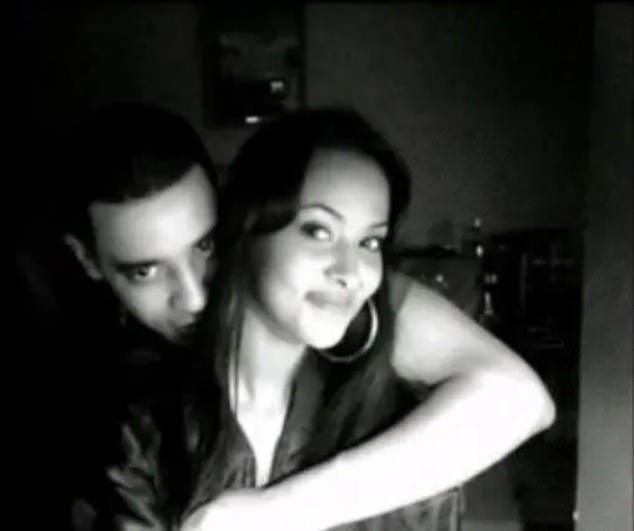 Jama’s boyfriend, Rico Gordon, was killed as two gangs waged a gun battle after a carnival in Bristol

The killing is what prompted her to leave Bristol, say friends, so she moved to London to make something of herself. Quitting her home town also meant she could escape the toxic influence of her Somali father. Until the age of ten, Jama visited him in jail but severed ties with him when she was a teenager. Later, she explained: ‘I just felt like, ‘If you can’t even make the effort to stay out of jail, why am I making the effort to go and see you?’ ‘

She has also hinted that he hurt her mum, telling Vogue magazine how the years before he was sent away were coloured by vague memories of seeing her mother’s blood on the kitchen floor and ‘just knowing that something wasn’t right’.

Jama has not spoken to her father since she made a documentary about him in 2017 which led to a short-lived reunion between the pair, but remains close to her Swedish mum, Sadie, who was just 18 when she gave birth.

In an interview last weekend, Jama reflected on those early experiences, saying: ‘I hate the word ‘strong’ because why do you always have to be strong? But I am resilient.’

After moving to London, Jama lived for some time with Rico’s family and even slept in his old bedroom as she threw herself into work, starting with a job as a runner for the production company Jump Off TV.

She then got the opportunity in front of camera, hosting its weekly music video countdown, and quickly rose through the highly competitive world of broadcasting, becoming the youngest person to host the Mobo awards, at 23, landing a Radio 1 job after a stint on community station Rinse FM, and going mainstream with shows including Channel 4’s The Circle; BBC1’s Peter Crouch: Save Our Summer and ITV2’s Celebrity Juice. 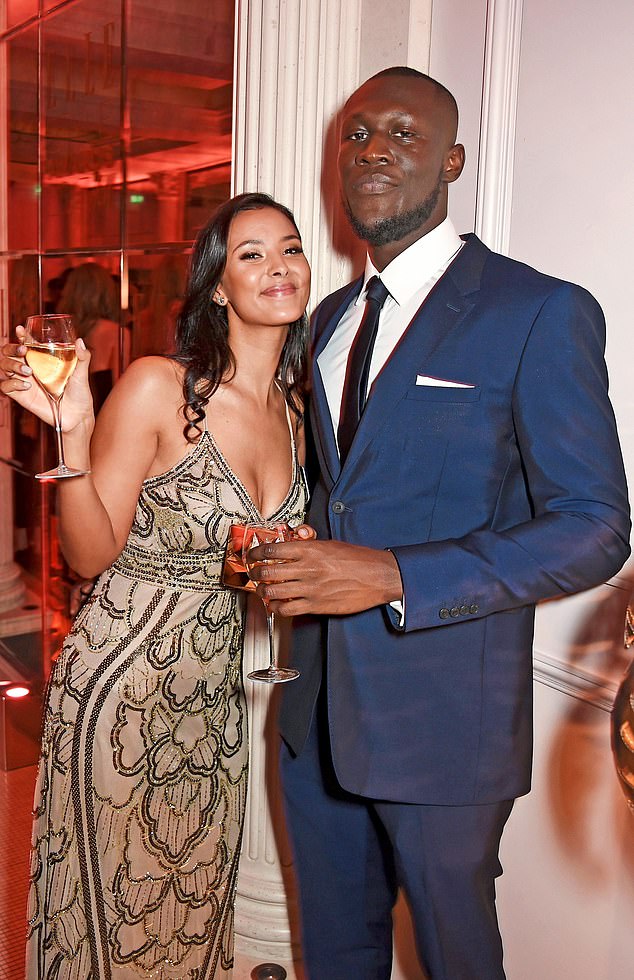 Jama and Stormzy met in 2015, when both were complete unknowns. Their relationship blossomed and the couple had a four-year romance. Pictured: Maya Jama and Stormzy attend the Elle Style Awards 2017 on February 13, 2017

Her rise was driven by her natural, fun on-air charisma, with friends saying she wants to put aside the heartache she has endured for a more carefree and fun-loving life. It might have been those qualities that attracted grime superstar Stormzy to her. They met in 2015, when both were complete unknowns. She played one of his tunes on Rinse FM, and he tweeted a thank-you.

Their relationship blossomed and the couple had a four-year romance. She dislikes discussing their relationship now but has said: ‘We were so young when we met, just beginning our careers. He’d not even released a single at that point. We were just babies.’

Rumours that they had reunited last year proved wide of the mark, and she now describes herself as ‘really, really single’.

A serial monogamist, she most recently dated basketball player Ben Simmons, to whom she was rumoured to be engaged, but now insists she hasn’t got her eye on anyone.

Nonetheless, from tomorrow she will attempt to choreograph love matches for other people: the contestants on the ninth series of Love Island. 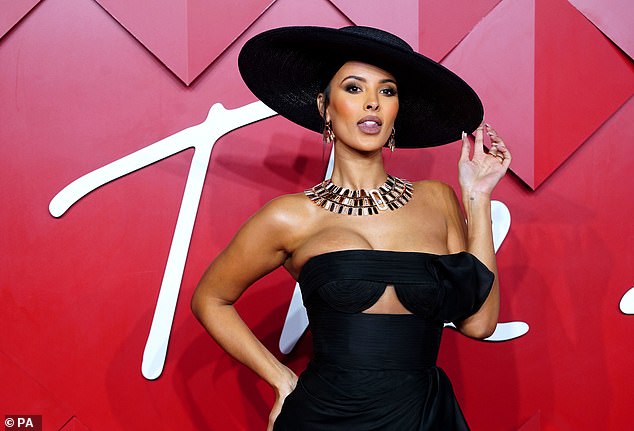 The show has been dogged by controversy. As well as the suicide of Caroline Flack at the age of 40, two contestants took their own lives, putting the spotlight on the producers’ duty of care towards those who take part. TV regulator Ofcom has received thousands of complaints over the way some contestants have been treated while there have been allegations of ‘bullying, gaslighting and misogyny’ on the show.

Jama is a canny choice of host because like Flack, she is perceived as a woman whom female viewers would like as a friend, and male viewers would like to date. Indeed, ITV bosses hope Love Island will be the launch-pad for other prime-time shows for what they describe as their ‘perfect choice’ of presenter. For her part, Jama says the Love Island job is her ‘golden ticket’ and sees it as her mission to make the dating show joyous.

This year’s contestants include a biomedical science student, a PE and science teacher, a financial adviser and a farmer – all attempting to secure love, or at least the £50,000 prize.

Money now comes easily to Jama – she regularly flies by private jet, has a penchant for designer clothes and has bought her own London home. 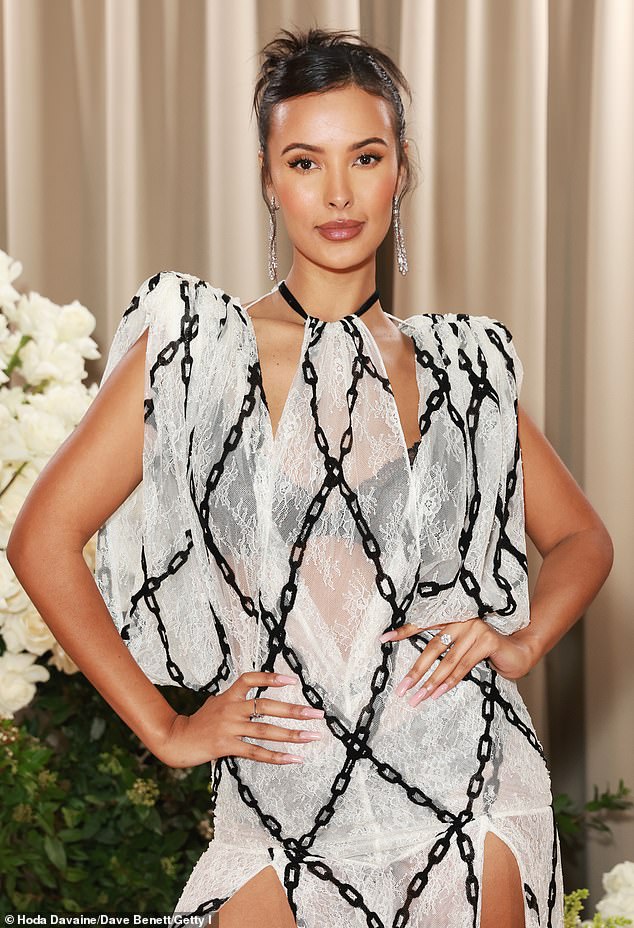 Her success, after such difficult beginnings, comes as no surprise to Kim Baker, Jama’s psychology teacher at Cotham School in Bristol. She says: ‘She was a very, magnetic person – very charismatic. She had a presence and a big group of friends, mainly because she was such a laugh, giggling incessantly. She had a great determination to do well. She had a real grit. Perhaps she looked at her family background and thought she was going to lead a different life.

‘She’s proof that you can do what you really want to if you persevere. She’s living the dream now, and it’s great. When she was here, at school, I thought, ‘This girl’s going to go far.’ She really did have something about her – a really strong personality.’

That strong personality is just what she will need to keep this year’s Love Islanders under control – and to drive her incredible career towards even greater heights.

The Real Reason Reba McEntire Got Rescued From A Building