Home » Celebrities » Megan Foxs engagement ring has thorns, so it hurts to remove: love is pain 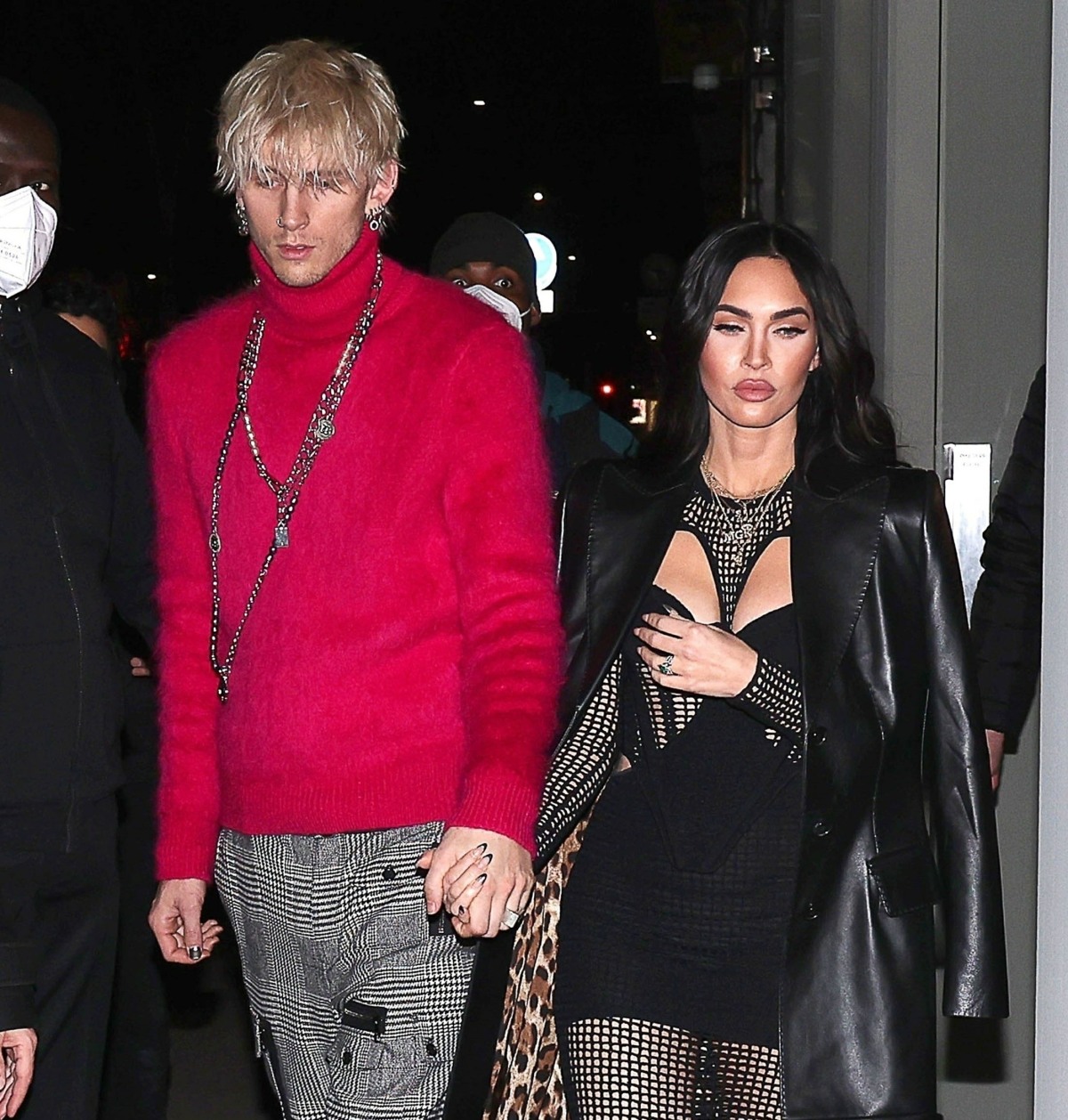 Megan Fox and Machine Gun Kelly announced their engagement one week ago. Their first appearance post-engagement was in Milan, at the Dolce & Gabbana show, where they also met up with a Vogue interviewer. MGK was the one being profiled and interviewed, but Megan was there too and she chimed in as the larger group of fashionistas were having a nice dinner & drinks situation. MGK and Megan ended up talking about their engagement and the emerald-and-diamond ring MGK designed for her, and well… MGK told Vogue that he designed the ring with “thorns.” So the ring would hurt Megan if she tried to take it off.

MGK on why they announced their engagement on social media: “We released it to control the narrative. As opposed to someone just catching a weird cell phone picture of a ring on our hand and being like, whoa! But yeah, I didn’t expect it. I just recorded it on my cell phone. And it wasn’t like we had photographers or anything. It was just like me setting my phone against a cup.

MGK on how he commissioned the ring with Stephen Webster: “It’s a thoroughbred Colombian emerald, with no treatment. It was just carved into the teardrop, straight out of the mine. And the diamond was directly from Stephen. The concept is that the ring can come apart to make two rings. When it’s together, it’s held in place by a magnet. So you see how it snaps together? And then it forms an obscure heart. And you see this right here? The bands are actually thorns. So if she tries to take it off, it hurts… Love is pain!

Megan on how her style changed when she met MGK: “Mine has definitely changed. Before it wasn’t something I was focused on or thought about. Because as an actress I had been classified or put in the category of being a sex symbol. And publicists come in and they bring in a stylist and it’s all about dressing more seriously, so that the world will take you more seriously as an actor. But they weren’t dressing me the way in which I liked to express myself. So I kind of gave up on fashion. I was like, I don’t f–king care, whatever you put me in because I’m not going to like it anyway.

THORNS. I can’t believe he did that. I was trying to think how I would react if a jumpy pothead was like “I designed this ring for you, it’s super-special and look how the emerald and diamond form a heart, and oh by the way, once you put it on, you’ll bleed if you try to take it off.” I think I would be like: well, that’s nice, but maybe we could get another ring, babe? It’s just not practical! And love shouldn’t be “pain,” we’re not teenage goth vampires, for the love of god. Megan is the mother of three!! 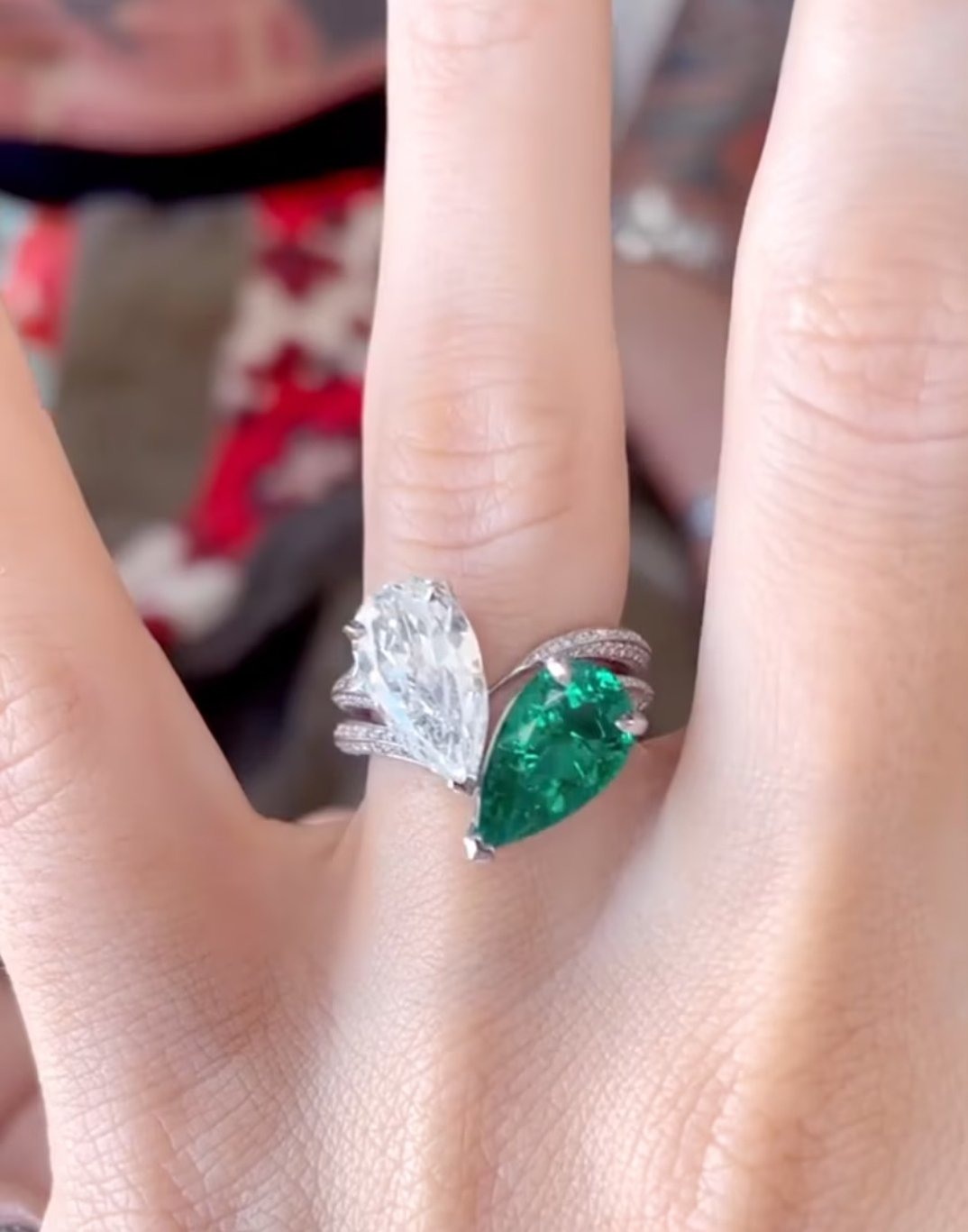 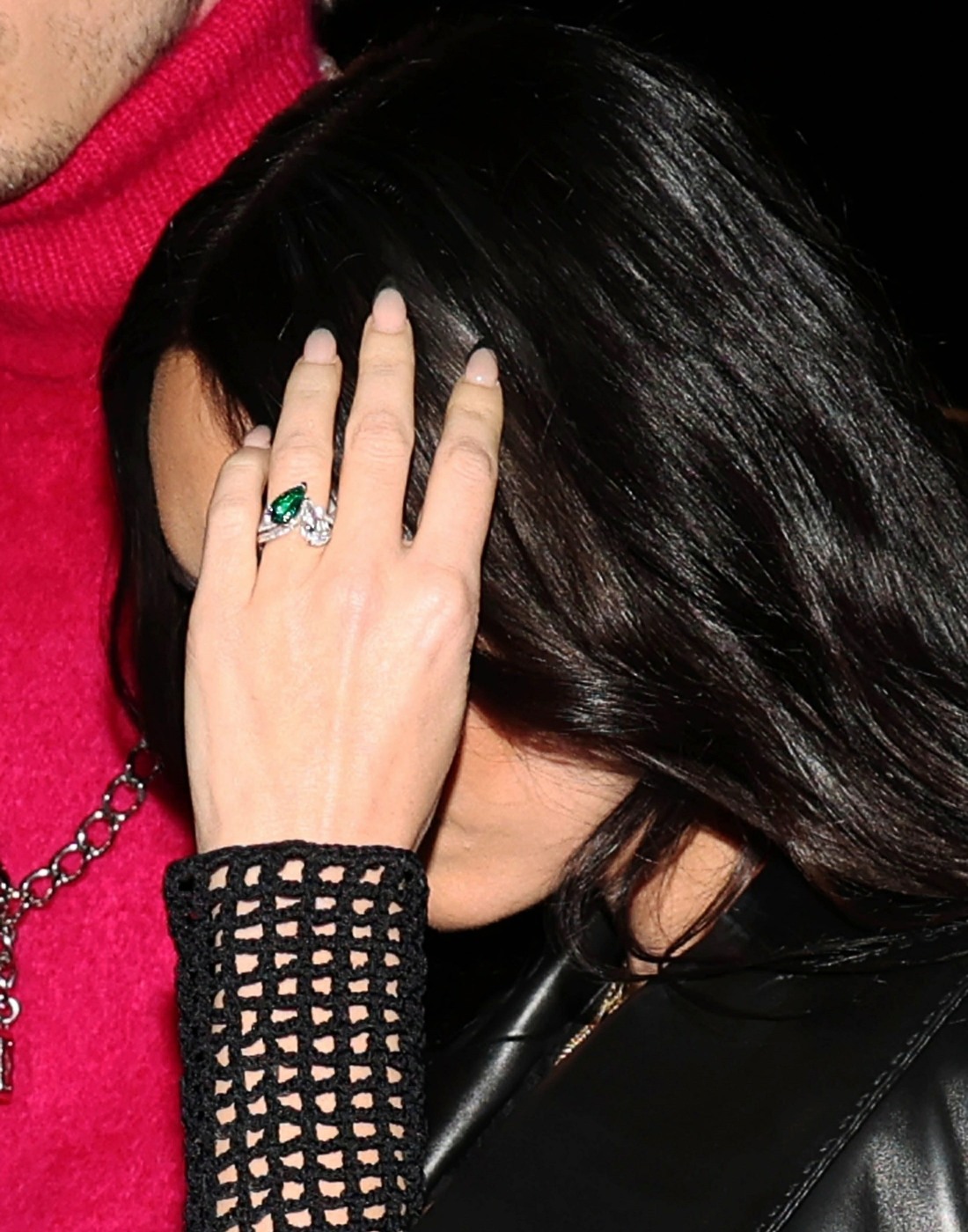 Why Cheerleader Generation’s Ryan and Donna look so familiar