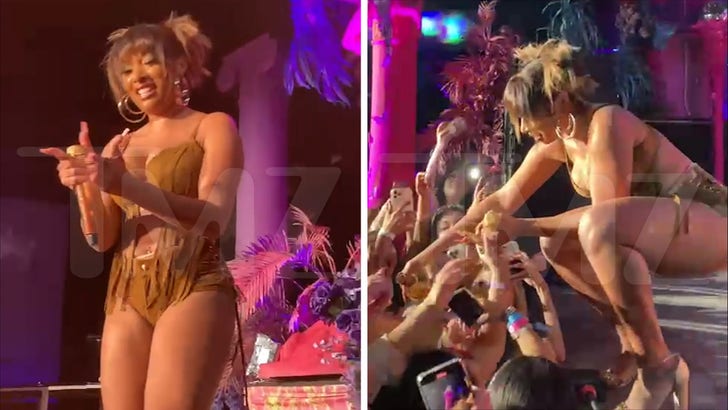 Megan Thee Stallion got a fan all liquored up during week 2 of Coachella, pouring booze into his mouth as she performed for a more-than-enthusiastic crowd!!!

Megan performed 5 songs Saturday night at the Shein.com event at the Zenyara Estate. During the short set, a fan handed her a bottle of booze, and MTS knew exactly what to do … and the crowd loved it. 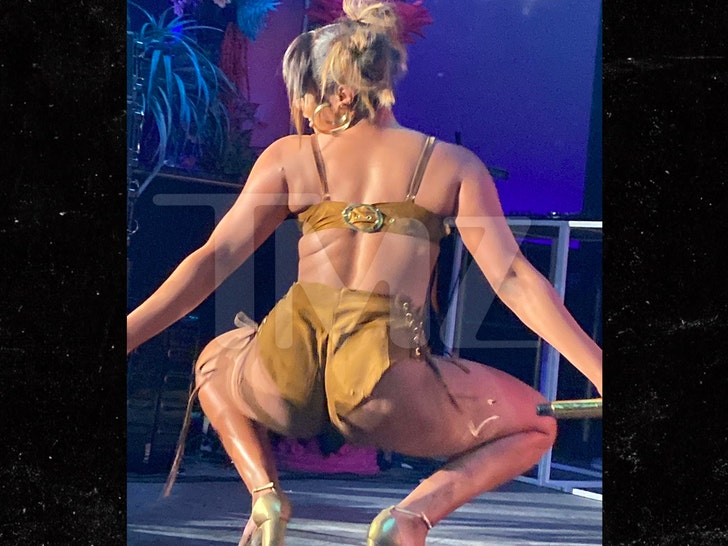 You clearly see in the vid Megan’s having a great time, playing with the crowd and twerking for a couple minutes.

The event lasted most of the day. It was called Zeuphoria — Ella Mai performed for the day party, Meg Thee Stallion for the after-party. Megan did double duty, also performing on the Coachella stage the same day. 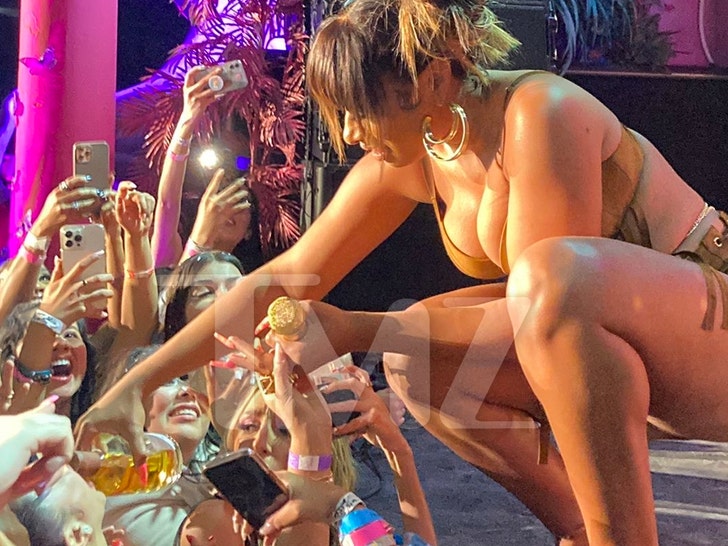 During the first week, Megan debuted “Plan B,” possibly about Tory Lanez, who is now accused of shooting her in the foot during an argument. The song goes in part, it was “veery motherf***ing personal” and it’s dedicated “to whom it may the f*** concern.”

ICYMI: Seth Rogen Makes Appearance on ‘The Price Is Right’