Well, this is disgusting — and sadly in retrospect looks too obvious to have missed. That goes doubly for the people around when it was happening…

James Euringer, known professionally as Jimmy Urine, has been sued for alleged sexual battery of a minor. The lawsuit, filed on Monday, claims the rocker engaged in a two-and-a-half-year relationship with an underage girl beginning when she was just 15 years old.

For those who don’t know, Jimmy Urine was the singer of the synthpunk band Mindless Self Indulgence.

MSI were known mostly for their purposely shocking and often repulsive lyrics. Their debut album is called Tight and features a photo of a young girl’s underwear on the cover. That album also features a song called Panty Shot, sung from the perspective of a pedophile seeing up a 5-year-old girl’s skirt. This obviously wasn’t considered acceptable even back then; fans knew it was meant to be crossing a line in the typical late ’90s/early ’00s style of “edgelord humor.” It seemed mostly done for attention, and it often worked.

If you’re unsure what “edgelord” even means, it is a term often used to describe someone who is putting shocking, often nihilistic content out into the world — a lot of times, solely for attention. “Edgelord” folk typically don’t even believe the opinions they’re putting out there. They’re literally doing it for the shock value. It’s kind of like being a troll but much darker.

In the lawsuit, a woman — whose identity is being kept anonymous due to her age at the time — says she entered into what she thought at the time was a consensual relationship with Euringer in January of 1997.

However, she was only 15, and he was 27. So what she’s saying really happened was that he “groomed and manipulated into believing that his sexually assaultive behavior was not criminal and that by engaging in sexual activity with him Plaintiff was actually helping to protect younger girls from sexual assaults.”

The plaintiff says Euringer often took nude photos of her and asked her to “act like a small child, and suck her thumb, drool, and pee in her pants” during sexual acts.

She offers multiple pieces of evidence that he was keenly aware of her age: he wished her a happy 15th birthday in a letter, he bought her a fake ID so she could get into clubs and drink with him, AND he told her not to be affectionate in public — presumably because he knew it was wrong/illegal.

The relationship lasted, per the suit, until June 1999 — which, if our math is right, means it ended right around the time she turned 18… Ugh.

The suit also points out how this was in plain sight, claiming it was always there, even before their first album, when the band put out an ad for a drummer in 1996 looking for someone who didn’t “mind drumming for a band of pedophiles.”

MSI’s former manager and producer Joseph Galus and former label Elektra Entertainment Group are also named as defendants, as are Warner Music Group Corp and their former parent company Warner Communications LLC. The plaintiff is making the case everyone involved not only knew and turned a blind eye, they aided and abetted Euringer’s behavior.

The suit includes claims that Galus and Elektra execs saw the relationship firsthand — and that the label even sold T-shirts featuring a photo of the girl when she was still a minor. The complaint reads:

“With their knowledge, relationship to Euringer, and control over Euringer, his shows, his music, and at times his access to minors, Defendants had the opportunity and ability to stop Euringer’s sexual assaults, and to protect Plaintiff and others, but did not. As a result, Plaintiff has suffered humiliation, shame, and horror that she will continue to suffer for the rest of her life.”

Who knew and when is likely going to be the biggest point of controversy when it comes to this case. The band’s bassist is Lyn-Z, who is married to Gerard Way, singer of My Chemical Romance and creator of The Umbrella Academy. The two frontmen are friends.

Speaking of which, Euringer is also close friends with director James Gunn — and even has a small part in Guardians of the Galaxy Vol.2. 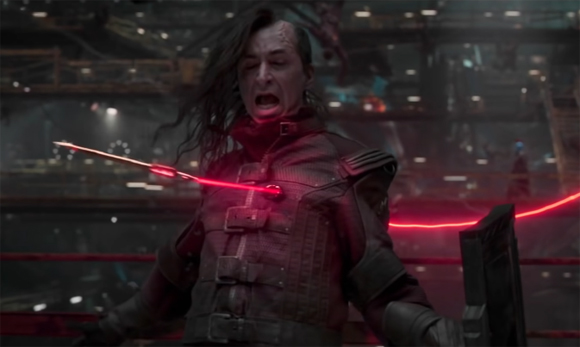 This is particularly dangerous territory for Gunn, who previously fell into controversy (and got fired by Disney) when right-wingers dug up his old tweets in which he engaged in quite a bit of edgelord humor himself — particularly jokes about pedophilia.

He could even be seen in photos at a house party that was apparently To Catch A Predator themed — alongside pal Euringer and his wife Chantal Claret, who was dressed in the pics as a young child in pigtails.

Gunn apologized for the shock humor. He explained he started out thinking of himself as a “provocateur” who used “outrageous and taboo” humor that he’s no longer into, tweeting:

“For the record, when I made these shocking jokes, I wasn’t living them out. I know this is a weird statement to make, and seems obvious, but, still, here I am, saying it.”

The thing is, it seems, based on this lawsuit, that his friend Jimmy Urine was living out the “jokes” IRL. Which is just horrifying.

BTW, Euringer and Clarat have been married since 2008 — in 2018 they welcomed two children, twin daughters.

The winners of this week's media reorgs