Education secretary Nadhim Zahawi was asked if he had been influenced by Molly-Mae Hague when he spoke about work ethic during his latest round of interviews.

The Love Island star was subjected to scrutiny last week over a clip from a recent podcast interview, in which she said we all have ‘the same 24 hours in a day’ to achieve whatever we want.

Molly-Mae’s comments led to her being compared to Margaret Thatcher, whose ideals included placing value on hard work and people taking responsibility for their own lives rather than help from the state.

On Sunday, Mr Zahawai spoke to LBC presenter Tom Swarbrick about tax hikes and the soaring costs of energy bills which will leave many families struggling to cope financially.

Swarbrick said: ‘People are looking to the Government for help with energy prices and the Government so far is not doing any more than it did this time last year.’

Mr Zahawi replied: ‘The best way to help people is to ensure there is a job available to them and the way we’ve handled the Covid pandemic is that we’ve got the highest employment rate, probably, in Europe, if not, just the G7.’

Drawing comparisons between the minister’s message and that of Molly-Mae’s, Swarbrick then asked: ‘In order to help with the energy price rise, the Government says “get a better paid job”.

‘Has Molly-Mae taken over the Conservative Party?’ 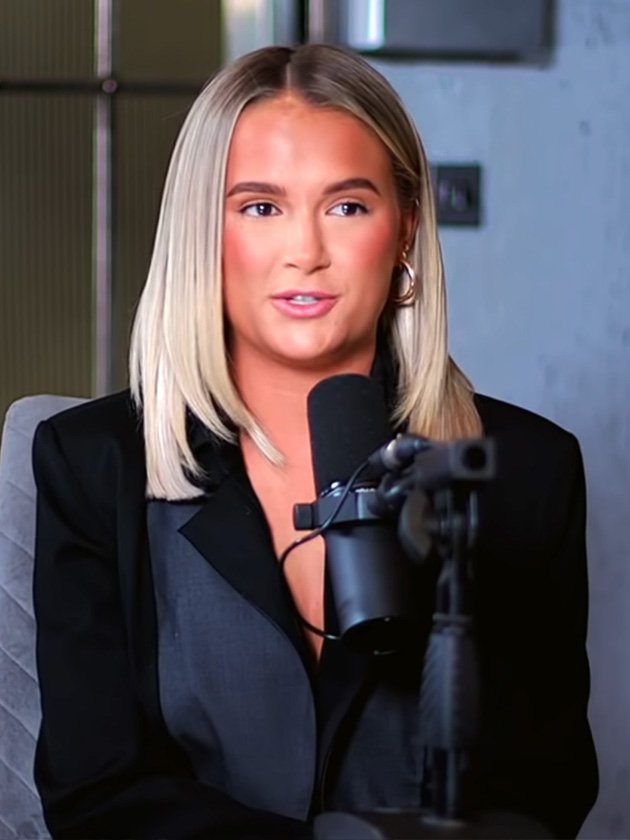 However, Mr Zahawai brushed off any influence from Molly-Mae explaining: ‘No, what I was saying to you was we’ve put £4.2billion of money to help those who are in most need, including if you look at the national insurance contribution rise, the 14% highest earners will pay 50% and 6.6m people won’t pay anything for that, that’s a progressive way of actually investing.’

In her interview with Steve Bartlett on his podcast Diary of a CEO, Molly-Mae spoke about her immense success compared to other islanders since leaving the Love Island villa in 2019, which has included becoming creative director of fast-fashion brand PrettyLittleThing with a lucrative contract.

‘You’re given one life and it’s down to you what you do with it,’ the 22-year-old said. ‘You can literally go in any direction.

‘When I’ve spoken about that in the past, I have been slammed a little bit, with people saying, “It’s easy for you to say that, you’ve not grown in poverty, you’ve not grown up with major money struggles, so for you to sit there and say that we all have the same 24 hours in a day, it’s not correct”.

‘And I’m like, but technically what I’m saying is correct. We do. So I understand that we all have different backgrounds and we’re all raised in different ways and we do have different financial situations, but I do think if you want something enough, you can achieve it.

Following intense criticism, Molly-Mae’s rep released a statement on her behalf saying the star acknowledges ‘everyone is from different backgrounds’ and that her comments were about ‘time efficiency relating to success’ as well as ‘hard work and determination in her own life’.