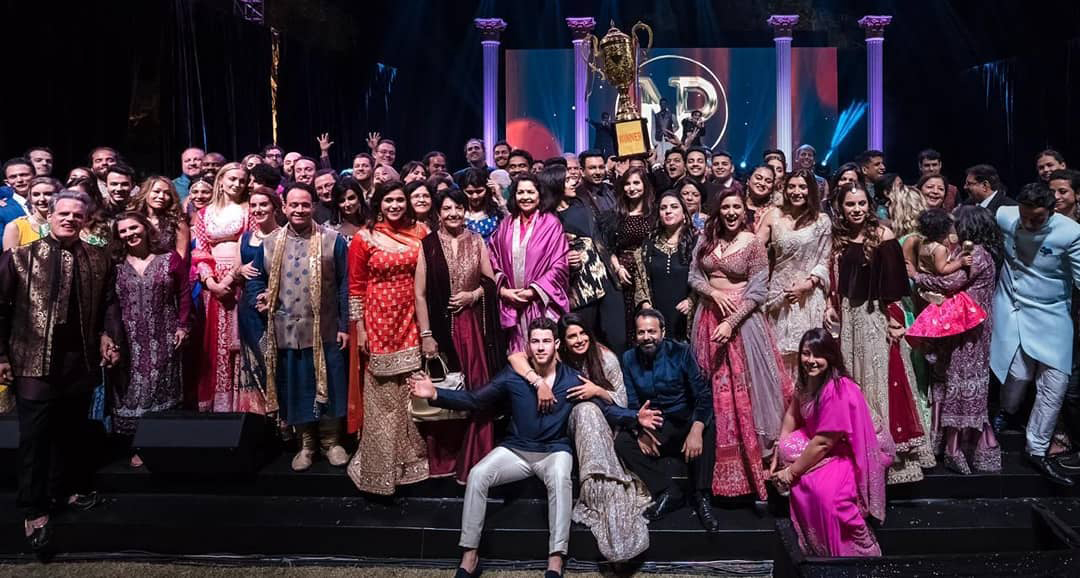 They do — again! Nick Jonas and Priyanka Chopra married for a second time on Sunday, December 2, in a traditional Hindu ceremony in Jodhpur, India.

The couple, who wed in a Western ceremony complete with communion, on Saturday, December 1, celebrated with their family and friends at the Umaid Bhawan Palace. A fan site posted a photo of a white horse elaborately decorated with red and gold trimmings that the former Jonas Brother was set to ride into the ceremony, while an elephant was also spotted with a seat for two. Chopra wore red, while the singer was dressed in cream.

Indian wedding planner Sonal J. Shah told Us Weekly ahead of the multi-day celebration that the bride and groom would likely prepare for their Hindu service separately.

“The bride and the groom don’t really see each other at all,” the Sonal J. Shah Event Consultants founder told Us. “If it’s traditional, then she’ll get to the wedding venue, there’ll be a priest there that will stay with her and bless her. Meanwhile, [Jonas] goes to what we call the Baraat [a procession for the groom].”

Once the pair came face to face, they would likely not kiss during the ceremony.

“Typically at our weddings, there’s not like a ‘You may kiss the bride.’ … It’s very religious,” Shah explained.

The Hindu ceremony would include prayers, an exchanging of gifts and Saptapadi, or “seven steps,” during which “the couple hold hands and step around a ring of fire,” according to Shah, in what represents the several stages of life.

The couple, who announced their engagement in July after just two months of dating, kicked off their multimillion-dollar wedding weekend with a Mehendi ceremony on Friday, November 30, where they got henna tattoos together.

They also faced off at a Team Groom vs. Team Bride cricket match that saw Nick hit a ball clear across the garden.

It was followed on Saturday by their Christian wedding service and reception. As Us exclusively revealed, the pair danced their first dance as husband and wife to Roberta Flack‘s “The First Time Ever I Saw Your Face.”

Jonas and his bride clearly had a good time at their Sangeet, a musical night in which the families took to the stage, singing and dancing. Jonas’ brother Joe Jonas sang at the party, while the DNCE singer’s fiancée, Sophie Turner, danced with other friends and family members while wearing a traditional red lehenga dress. The bride and groom also showed off their Bollywood moves at the professionally staged event, while Chopra also danced a number with her mom.

Day 4 on Monday, December 3, will see the newlyweds say goodbye to their guests with a farewell brunch.

Strictly bosses reveal this year's series will be SHORTER