AceShowbiz –Justin Bieber and Janelle Monae have led the tributes to a tormented gay teen, who took his own life last week (ends April 19)

Alabama student Nigel Shelby, 15, had been targeted for being homosexual and his suicide hit the headlines over the weekend, prompting the likes of Bieber and Monae to offer up their thoughts on the tragedy. 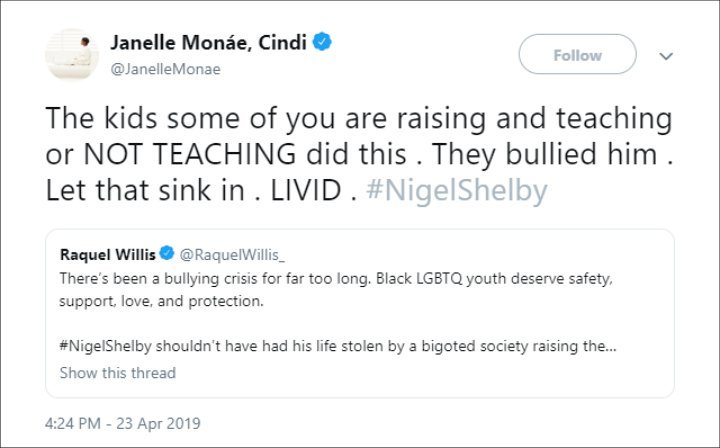 Scott Speer Released From Police Custody After Arrest for Arson

LeBron James In Offseason Training Mode, Even At Son's Game

Camila Maria Concepción, Writer on ‘Gentefied’ and ‘Daybreak,’ Dies by Suicide at 28

‘I Am Not Okay With This’ Co-Creator on ‘Carrie’ Inspiration, Powers as ‘Creative Metaphor’