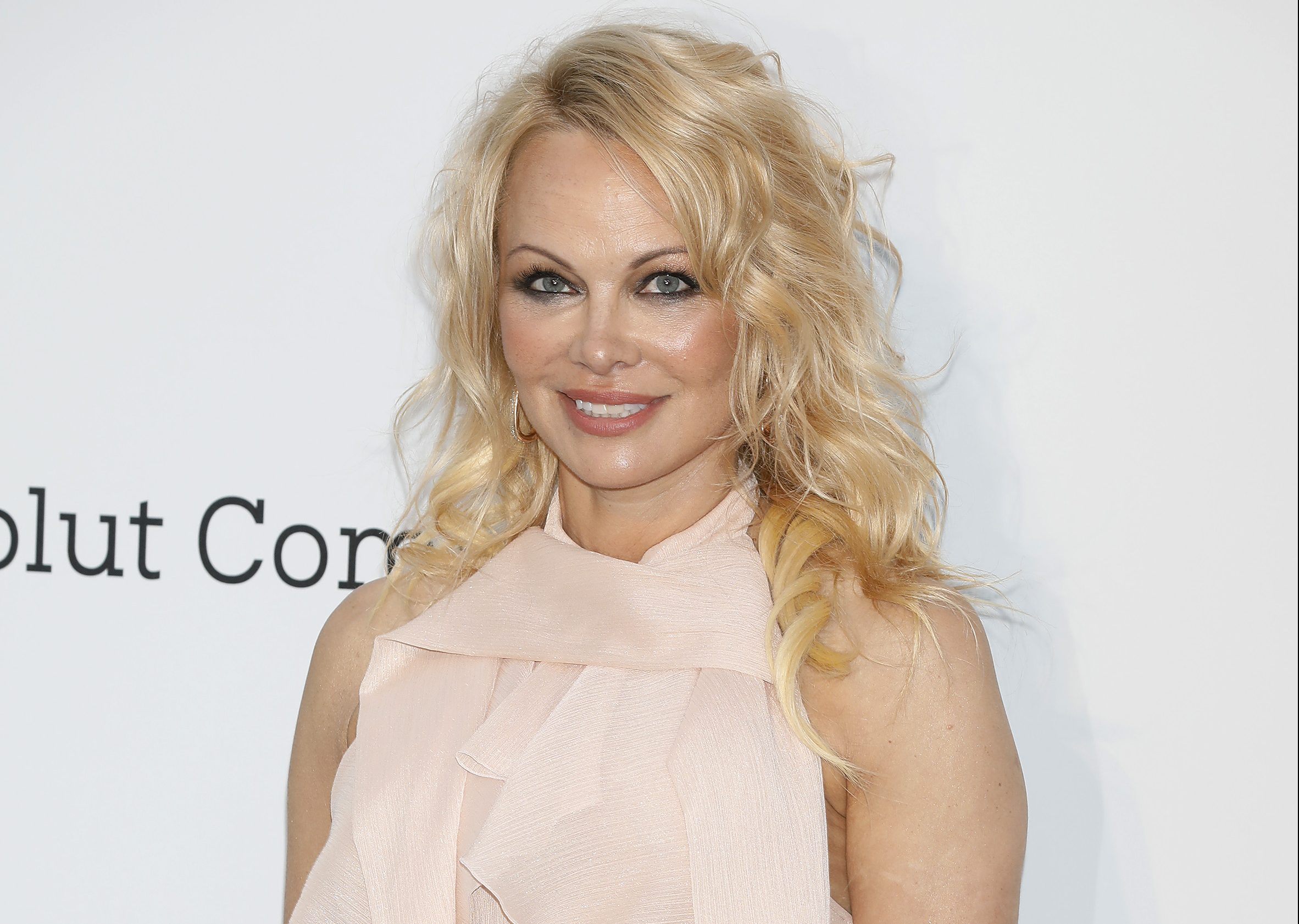 Pamela Anderson has filed for divorce from husband Dan Hayhurst just one year after tying the knot.

Following a whirlwind romance, the Baywatch actress, 54, married her bodyguard in December 2020.

However they have decided to go their separate ways after things fizzled out, with a representative for Pamela confirming the split to Metro.co.uk.

An insider also told Rolling Stone that, ‘Pamela loves as authentically as she lives,’ describing their brief time together as a ‘pandemic whirlwind’ romance.

Pamela and Dan met at the beginning of the global pandemic and spent a lot of time together during lockdown.

They quickly fell in love and took their romance to the next level on Christmas Eve, surrounded by loved ones.

‘I am in love. We were married Christmas Eve with both our families’ blessing, everyone we know is happy for us,’ the Barb Wire actress told Daily Mail at the time.

‘I was married on the property I bought from my grandparents 25 years ago, this is where my parents were married and they are still together. I feel like I’ve come full circle.

‘I’m exactly where I need to be – in the arms of a man who truly loves me.’

Pamela and Dan kept a low profile following their nuptials but famously took part in a bizarre interview on Loose Women last February – from the comfort of their marital bed.

‘We haven’t left bed since Christmas Eve,’ she boasted to a shocked panel at the time.

Their wedding marked the fifth time Pamela walked down the aisle, after she was previously married to Tommy Lee – with whom she has sons Brandon and Dylan – between 1995 and 1998.

Her rollercoaster relationship with the Motley Crue musician is set to be the focus of a new TV series, starring Sebastian Stan and Lily James.

Despite being the subject of the episodes, she has precisely no plans to tune into Pam and Tommy, according to a pal.

‘Pamela has no intention of watching this God awful show, absolutely not. Never,’ they told the Sun.

‘She’s never heard of the actors playing her or Tommy, and doesn’t care to know them.’

Pamela also married Kid Rock in 2006 before saying her vows with Rick Solomon the following year, before remarrying him in 2013.

The model also sent fans into a spin when she appeared to announce her secret wedding to businessman Jon Peters in January, 2020, but later insisted it was a mock ceremony and not an official wedding.

This is a breaking news story, more to follow soon… Check back shortly for further updates.

For more stories like this, check our entertainment page.

Follow Metro.co.uk Entertainment on Twitter and Facebook for the latest celeb and entertainment updates. You can now also get Metro.co.uk articles sent straight to your device. Sign up for our daily push alerts here.

Kelly Ripa Gets Candid About Her Son Joaquin’s Dyslexia