Home » Celebrities » Patricia Clarkson Casually Reveals She 'Was Engaged Once' 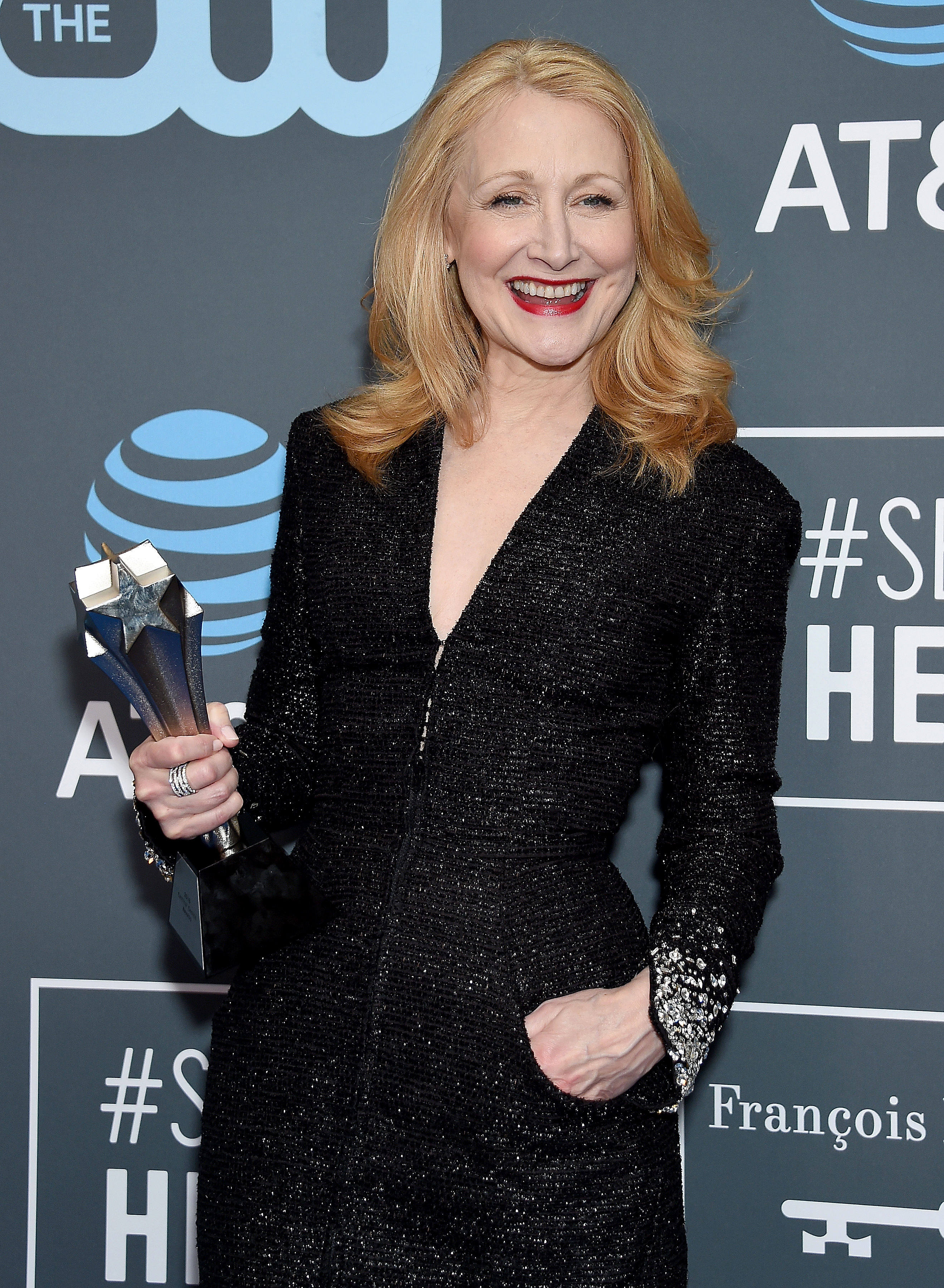 Patricia Clarkson knows how to win an interview! The Sharp Objects star — who won the Critics’ Choice award for her role as Adora Crellin in the TV miniseries on Sunday, January 13 — shut down a seemingly sexist question by revealing something about her past.

While in the press room at the Barker Hangar in Santa Monica, California, Clarkson, 59, was asked, “aside from weddings and births, what is one of the best days of your life?”

“I’ve never done either. Just winning. I’ve never wed, and I’ve never had a child so, hey!” Clarkson said before walking away and mumbling, “I was engaged once but whatever.”

The House of Cards actress previously opened up about her decision to stay single and childless during an interview with Salon in August 2014.

“I can be controlling, but I’m much more impulsive,” she said while discussing her role as Celia Green in Last Weekend. “That’s why I never married or had kids. I’d jump in the water in my clothes [as Celia does], but not out of an airplane. I’m just fine flying in one.”

The previous year, Clarkson dished on her love life while speaking with The Guardian, stating that the reason she wasn’t married isn’t “deliberate.”

“Don’t get me wrong, I hate being single. I’ve had beautiful, extraordinary men in my life and I wouldn’t change any of that,” the New Orleans native added. “But I’ve never wanted to marry, I’ve never wanted children – I was born without that gene.”

Clarkson also gushed at the time that she loves “being in love” and “is a moth to a flame,” adding, she thinks that’s the “reason we’re here.” (She was previously linked to Campbell Scott.)

With reporting by Marisa Sullivan