Dr Ranj Singh, 39, spoke out about his recent clash with Piers Morgan, 54, on Twitter, insisting his discussion with the outspoken presenter was an “important thing to bring up”. The ITV favourites initially engaged in a disagreement on the social media platform after Piers made a joke on Good Morning Britain about identifying as “trans-slender” after being “fat shamed”. In response to the incident, the TV doctor exclusively told Express.co.uk: “Jokes have a place but we just need to be very careful of the words we use and the impact it may have on somebody else.” He continued: “People might not be aware of the impact it had, but because I’m a health care professional I do see the impact so I’m more acutely aware of these things.

We have to be a little bit careful about how we express ourselves.

“It was just a case of saying let’s have a think about how we phrase things, to us it may be a joke and a bit of fun, but to somebody else it might be their life, it might be their struggle or a difficulty they’re going through.”

The This Morning star added in reference to Piers: “When we have a powerful platform we have to be a little bit careful about how we express ourselves.”

Dr Ranj also revealed to Express.co.uk that although he hasn’t talked to Piers “face to face” since their argument, he doesn’t regret speaking up.

The former Strictly Come Dancing contestant explained: “I think it’s a shame that anyone would have to say that, but it’s not something I regret and I think it’s important to talk about these things with each other.”

The pair first engaged in a debate after Piers’ comments aired on Good Morning Britain last month, with Dr Ranj offering his thoughts in view of his 91,000 Twitter followers.

He wrote: “I am getting a little tired of @piersmorgan making gender-related jokes on TV for entertainment. 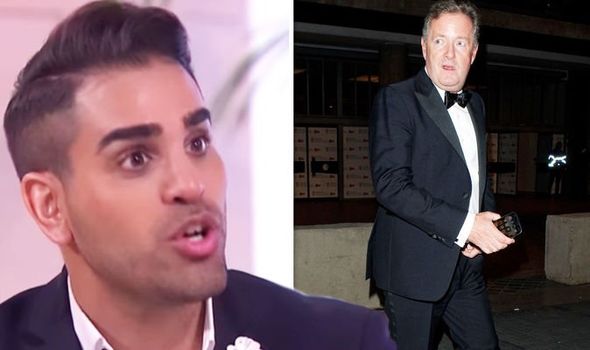 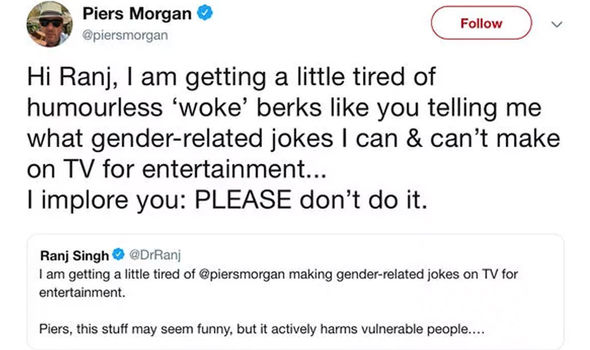 “Piers, this stuff may seem funny, but it actively harms vulnerable people.”

The This Morning star added: “As a medical professional, I implore you: PLEASE don’t do it.”

Piers was less than impressed with his ITV colleague’s remarks, replying in front of his 6.64 million followers: “Hi Ranj, I am getting a little tired of humourless ‘woke’ berks like you telling me what gender-related jokes I can & can’t make on TV for entertainment…

Dr Ranj then responded: “Nothing not do with being ‘woke’ or anything of the sort, Piers. 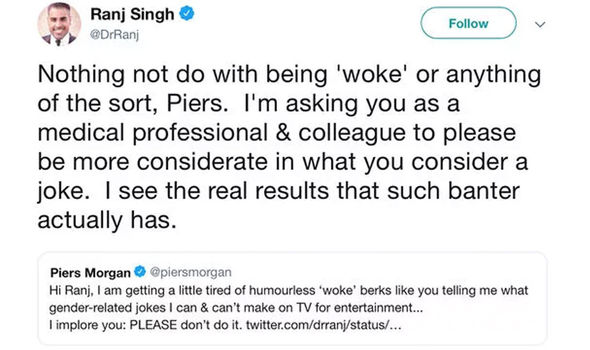 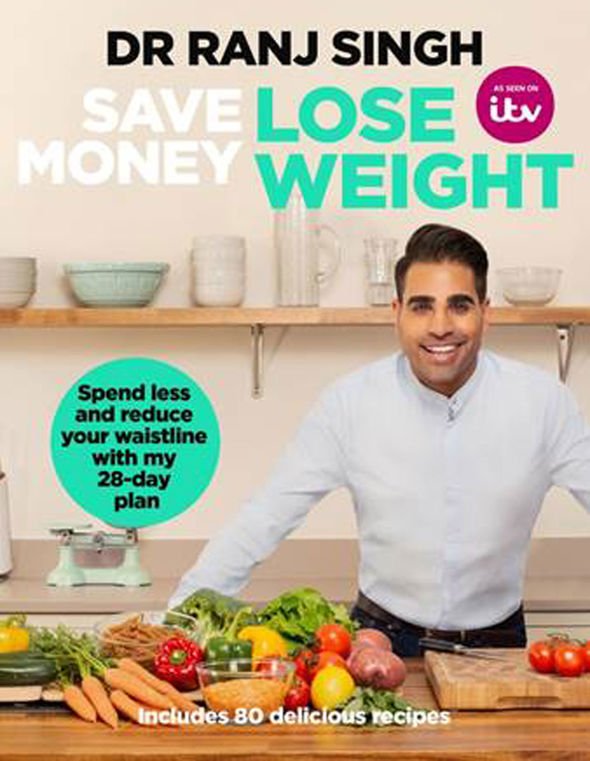 “I’m asking you as a medical professional & colleague to please be more considerate in what you consider a joke. I see the real results that such banter actually has.”

The guide, which accompanies the ITV series of the same name, features an easy to follow 28-day plan including budget-conscious calorie-controlled meals and exercise tips.

Speaking about the project to Express.co.uk, Dr Ranj shared his motivations behind the book.

He said: “Personally, I grew up not making the healthiest food choices and not having the healthiest lifestyle and I think part of the reason was I thought all of those healthier options were either unaffordable or unattainable.

“This book shows you that actually it’s easy, it’s straightforward, anybody can do it, it’s cheap and above all of that it can still be enjoyable.”

Save Money, Lose Weight is available to buy now.

How NXIVM Was the Ultimate Wellness Scam