Home » Celebrities » 'Porsha's Family Matters': This Finally Explains How Porsha Williams Has Made Her $6 Million Fortune

Reality TV shows offer a glimpse into lifestyles otherwise out of reach. Bravo’s Real Housewives shows are all about taking viewers behind the scenes of the extravagant lives of “housewives.” Many of the leading cast members from each series are considerably wealthy, including the women living in A-Town.

The Real Housewives of Atlanta premiered back in 2008, and Porsha Williams joined the cast in Season 5. Williams spent many years on the show before exiting after Season 13. The 40-year-old used her time in the spotlight wisely, developing her personal brand and launching several businesses along the way. Here’s how Williams’ reality TV fame translates into her surprising net worth.

Williams’ rise to fame involved hopping and skipping through several reality TV outlets. But RHOA certainly provided her a launching pad for more lasting success. As Celebrity Net Worth reports, she appeared on the WE tv series Platinum Weddings when she tied the knot with NFL player Kordell Stewart in 2011.

By 2013, their marriage publicly ended, though reports suggested they went their separate ways a while before. At that point, Williams had already made her RHOA debut in 2012. She earned a reputation for her dramatic flair, getting involved in several feuds with other cast members. The outspoken Atlanta native’s increased visibility also landed her a recurring role on Fox’s pop culture show Dish Nation, where she remained for eight years.

Williams’ net worth has fluctuated. While married to Stewart from 2011-13, she was worth an impressive $16 million, as Celebrity Net Worth reports. However, a prenuptial agreement left the TV personality with very little of that wealth following their divorce.

Williams’ current wealth is an accumulation of her work since the split, but it hasn’t always been easy. While her star was on the rise, she hit some financial snags. In 2019, it became public that Williams owed $240,000 in back tax payments to the IRS. Along the way, the mother of one daughter, Pilar McKinley, made considerable purchases, including a $1.1 million home outside of Atlanta.

Digging herself out of financial troubles, Williams has managed to amass multiple streams of revenue into a $6 million net worth. Notably, Williams’ pending marriage to fiancé Simon Guobadia has the potential to send it skyrocketing once again. As Exact Net Worth reports, Guobadia is worth around $40 million.

Porsha Williams published a memoir in 2021 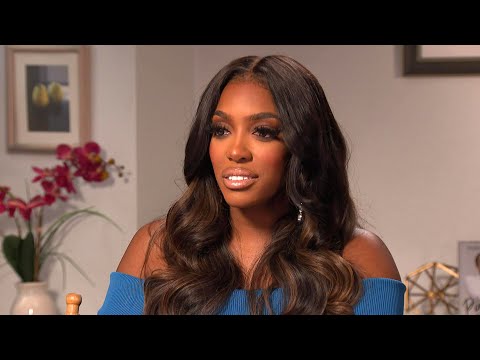 Those wanting to learn more about Williams’ ups and downs on her path to fame will likely be interested in her recent memoir. Worthy Publishing published The Pursuit of Porsha, a book that promises to take “readers on a deeply personal journey as she searches for happiness and self-acceptance, giving fans a first-hand look into the defining moments of her life that have not been captured on-screen or in the press.”

The memoir was published in late 2021. The launch accompanied a book tour that took Williams across the U.S. to meet fans and sign copies. She also attended virtual launch events. The book comes as Williams’ spinoff mini-series from RHOA, Porsha’s Family Matters, garners attention for its juicy drama.

On the new Bravo show, Williams’ extended family steps up to share their insights into her life. As Williams pivots away from her time in the RHOA spotlight and into fame on her own terms, it’s clear she has big plans for her future.