The Prince and Princess of Wales have sent a heartfelt message as it was announced that Scottish rugby union player Doddie Weir had passed away at the age of 52.

DISCOVER: The Queen’s very strict rule for her grandchildren revealed – and you won’t believe it

Doddie played for the Scottish national team for 10 years, but in 2018 shared the news that he had been diagnosed with motor neurone disease. The rugby player then tirelessly campaigned to raise funds into research for the condition and to give grants to those who are living with the condition, setting up the charity My Name’s Doddie.

Sharing a touching tweet, the Prince and Princess wrote: “Doddie Weir was a hero – we are so sad to hear of his passing. His immense talent on the pitch as well as his tireless efforts to raise awareness of MND were an inspiration.

“Our thoughts are with all those who loved him. He will be hugely missed across the entire rugby world. W&C.”

Earlier this year, Doddie revealed that his foundation had raised £8 million pounds for research into the condition, and in 2019, he received an OBE for his services to rugby and to motor neurone disease research.

Princess Anne, who is the patron of MND Scotland also released a touching tribute in the wake of the sportsman’s passing. 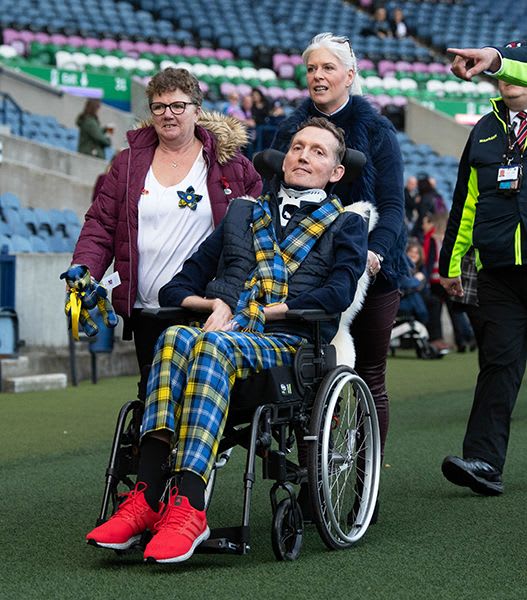 Doddie raised millions for research into the condition

She wrote: “What a sad day, Doug Weir will be greatly missed. He was truly larger than life, determined, generous and humble.

“He transformed people’s understanding of MND and funding for research. I am so grateful to him and his family for their unselfishness in sharing their experiences. My thoughts and prayers go out to all of his family.”

The sad news came at the end of a busy week for the royal family in which King Charles hosted his first State Visit since becoming monarch.

It was also the first official State Visit for the Prince and Princess of Wales and Queen Consort Camilla with their new titles.

Make sure you never miss a ROYAL story! Sign up to The Royal Explainer newsletter to receive your weekly dose of royal features and other exclusive content straight to your inbox.

Elizabeth Warren on Sexism in 2020 Presidential Race: 'That Is the Trap Question for Every Woman'