Prince William posted a photo of himself getting the COVID-19 vaccine, but it’s his arm muscles in the picture that people can’t stop talking about!

Fans were sent into a frenzy when Prince William shared a picture of himself getting the coronavirus vaccine on May 20. The royal actually got his first dose of the shot two days earlier, and shared the image on his family’s Twitter account. In the pic, his shirt sleeve is rolled up as a medical professional inserts the vaccine into his arm. “To all those working on the vaccine rollout — thank you for everything you’ve done and continue to do,” he wrote.

Since the public doesn’t often get to see William’s bare arm like this, the photo caused quite a buzz on Twitter. The definition in the Duke’s arm is very pronounced, and his muscles were fully on display in the vaccine image. “Proud of Prince William but can we….talk about his toned arm?” one person tweeted, while another wrote, ” Us women need more of Prince William’s strong biceps. Can he get another jab in the other arm? It’s getting hot in here!”

William is not the first member of the royal family to get the shot — Queen Elizabeth II and Prince Charles also publicly revealed that they are vaccinated. It’s unclear if William’s wife, Kate Middleton, has received her first dose at this time. The vaccine is now available to anyone over the age of 34 in the U.K. 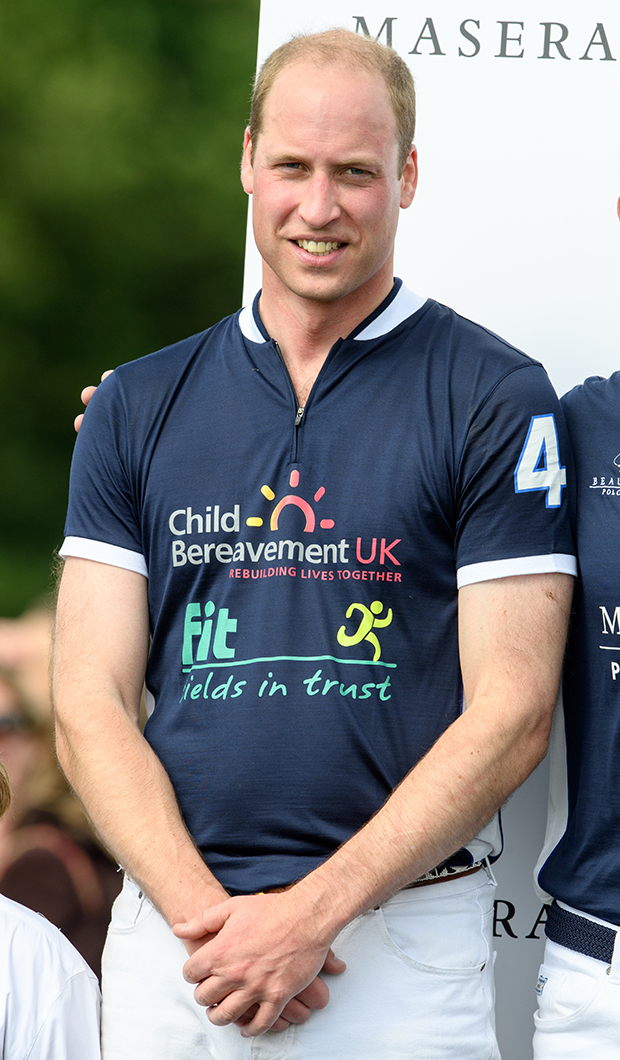 In February, William and Kate spoke out in support of the coronavirus vaccine. “We’ve got to keep it going so the younger generations also feel that it’s really important for them to have it,” the pair explained. William also called out ‘fake news’ surrounding the vaccine. “Social media is awash sometimes with lots of rumors and misinformation,” he assured viewers.

In November 2020, it was reported that William had actually contracted coronavirus several months earlier. He kept his diagnosis private at the time, but was reportedly treated by palace doctors and still able to carry out work engagements via phone and video calls.