Supporting her girl. Rachel Lindsay is “proud” of the way Becca Kufrin has handled herself amid rumors that she split from fiancé Garrett Yrigoyen.

Are Becca Kufrin and Garrett Yrigoyen Still Together? Signs They Split

“Becca is doing great,” Lindsay, 35, told Us Weekly exclusively on Friday, August 28, while promoting the return of MTV’s Ghosted: Love Gone Missing. “And what I respect about Becca [is] she does what I can’t do. Obviously, I have a big mouth. But what I respect about Becca is she doesn’t feed into rumors or negativity or anything that’s swirling out there. She’s just moving along. She’s surrounding herself with people that she loves and she’s doing her thing.”

Earlier this year, Yrigoyen, 31, sparked controversy on social media after showing his support for police amid nationwide Black Lives Matter protests. Kufrin, 30, later addressed his post in an emotional episode of the “Bachelor Happy Hour” podcast, which she cohosts with Lindsay. 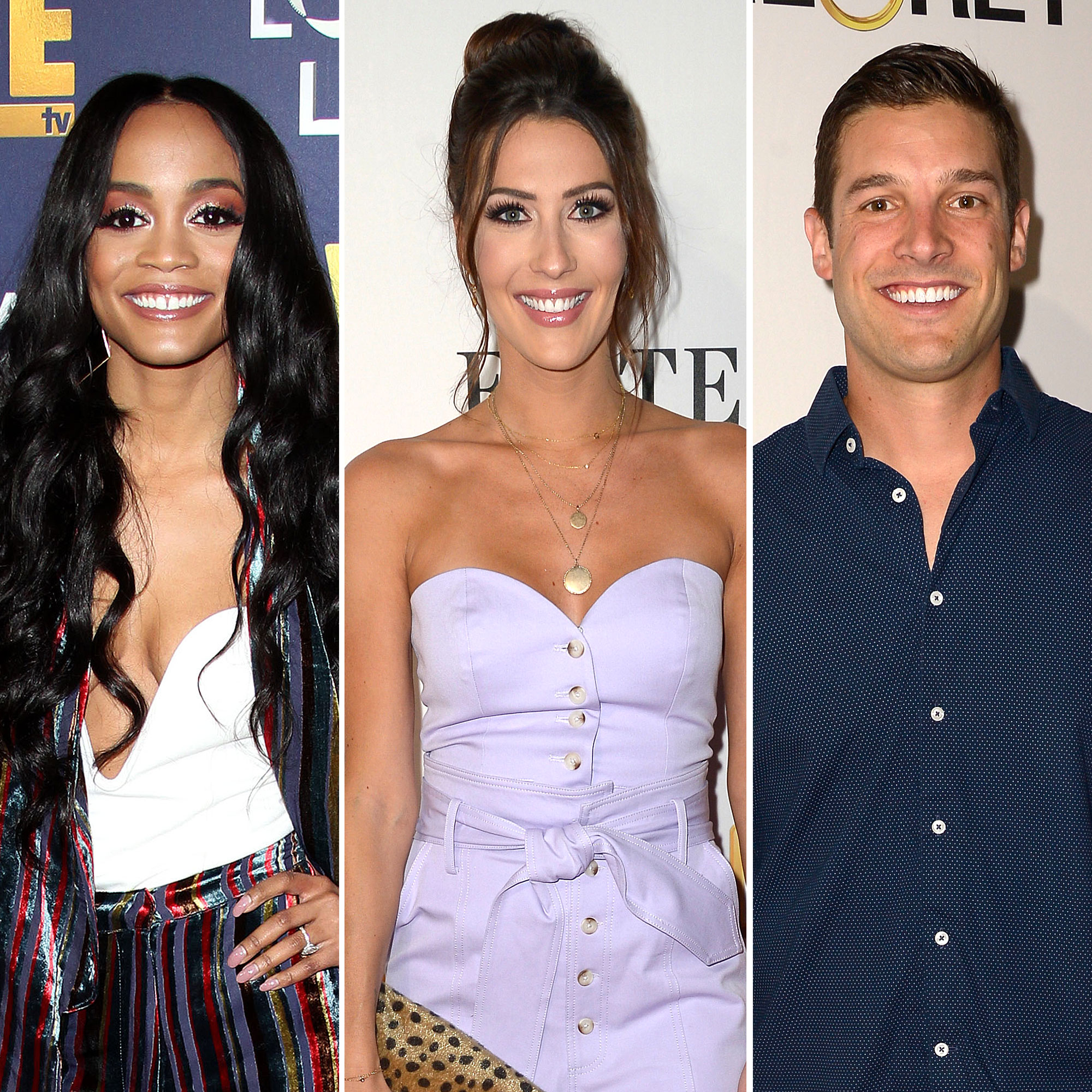 “Garrett is my fiancé and I love him and to his core, I believe that he is a good person. What he posted … I don’t align with and I don’t agree with,” she said in June. “I don’t think he meant it in a malicious way, I do think it was tone deaf and it was the wrong time and message and sentiment. … I’m trying to get him to see the bigger picture.”

One week later, the Minnesota native admitted that she wasn’t certain of where she stood with Yrigoyen.

“All I can say right now is I don’t know,” Kufrin said on another podcast episode. “I can’t give anything more than that. It’s something that we are trying to work through and discuss and do work on at home at this time.”

Speculation about the season 14 Bachelorette’s relationship with the California native grew stronger when Bachelor Nation fans noticed Kufrin ditching her engagement ring in a number of social media posts. She was later spotted at the filming location of Clare Crawley‘s season of The Bachelorette while Yrigoyen took a solo road trip. Earlier this month, Kufrin appeared to be moving into a new home — without her fiancé by her side.

“I talk to her every week. We podcast every week, sometimes twice a week and she seems to be doing great,” Lindsay told Us. “I appreciate the fact that she doesn’t feel the need to confirm or deny anything. She’s just like, ‘I’m living my life.’ And I appreciate that. Cause you already would have heard from me three times over.” 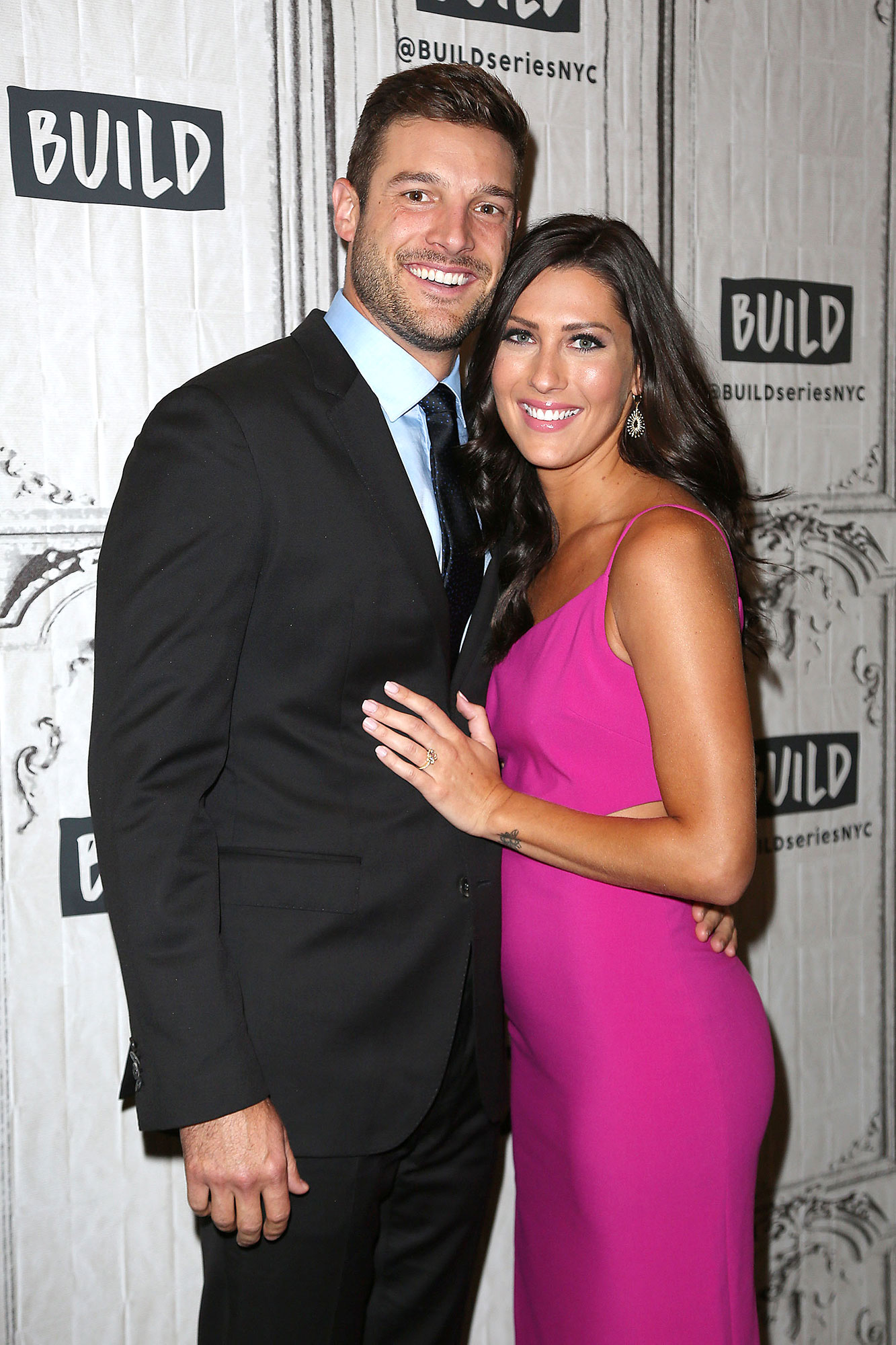 “I think he’s a piece of s–t,” she said during a July interview on the “Everything Iconic” podcast. “I have said to her, ‘I will not f–k with him.’ He has doubled down on his beliefs. This isn’t the first time he’s had problematic behavior. When he was on the season, he had a history of ‘liking’ things that were racist, sexist, homophobic, calling the Parkland students child actors, it was a lot, so this is who this man is. And he’s a piece of s–t to me.”

The lawyer later admitted in an Instagram Live video that her comments were “harsh,” but felt that Yrigoyen’s opinion “deserves a harsh response.”

Despite her not-so-friendly feelings toward her cohost’s beau, Lindsay is supportive of Kufrin’s journey.

“I am proud of Becca for doing Becca,” she told Us. “That’s what I’ll say. Like, she’s not trying to do anything for anybody else at the end of the day. I will always respect Becca for making the best decisions for Becca.”

Prince Charles is ‘still fuming’ about Prince Harry, plans to ‘freeze out’ Harry