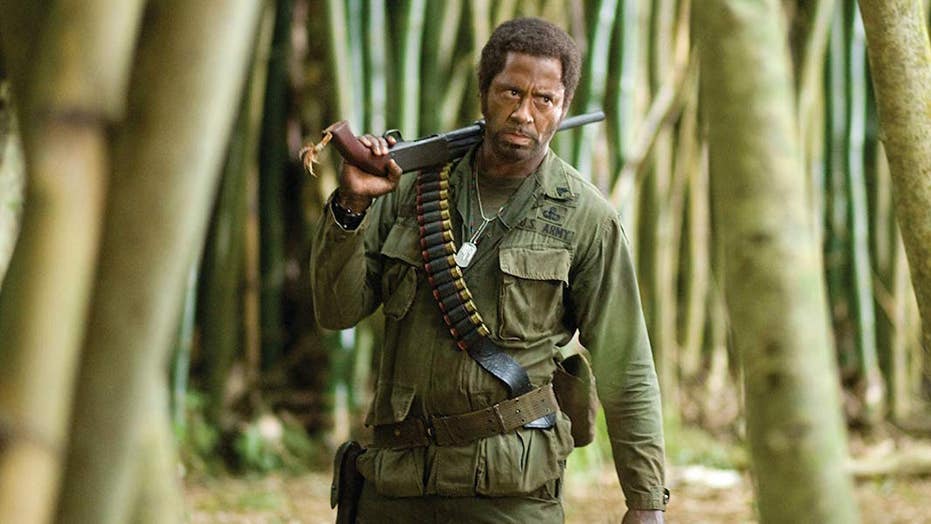 Robert Downey Jr. has donned a number of disguises in his more than 30 years in show business and famously decked himself out in blackface during his 2008 film “Tropic Thunder” that saw him play the role of an Australian actor who darkens his skin to portray a black soldier in a war movie.

Downey opened up about accepting the controversial role on “The Joe Rogan Experience” podcast on Jan. 15 and said he felt the film spurred a much-needed conversation on the topic of what’s acceptable from an art and social perspective.

“I think that it’s never an excuse to do something that’s out of place and out of its time, but to me it blasted the cap on [the issue],” Downey Jr. explained. “I think having a moral psychology is job one. Sometimes, you just gotta go, ‘Yeah I effed up.’ In my defense, ‘Tropic Thunder’ is about how wrong [blackface] is, so I take exception.”

The 54-year-old said that he was reluctant to accept the role when it was offered to him by Stiller, who also helmed the comedy satire, adding that even his mother, Elsie Ford, was taken aback by the part.

Downey maintained: “When Ben called and said, ‘Hey I’m doing this thing’ – you know I think Sean Penn had passed on it or something. Possibly wisely. And I thought, ‘Yeah, I’ll do that and I’ll do that after ‘Iron Man.’ Then I started thinking, ‘This is a terrible idea, wait a minute.’”

The “Sherlock Holmes” franchise star continued and quipped to Rogan that he wanted to “be black for a summer,” adding that he enjoyed that he had the opportunity to “hold up to nature the insane self-hypocrisy of artists and what they think they’re allowed to do on occasion.” 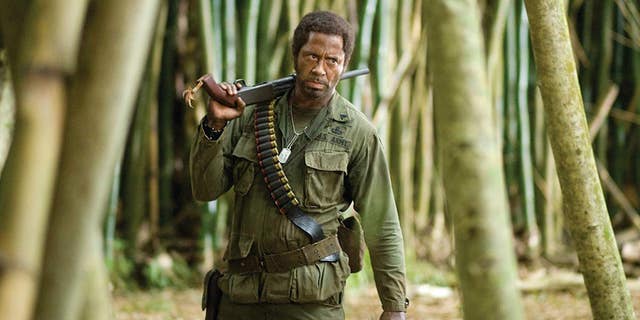 Downey pressed that the majority of his black friends didn’t have any issue with the film or his performance in it and even made it a point to acknowledge the others who might have taken exception.

“[Ben] knew exactly what the vision for this was, he executed it, it was impossible to not have it be an offensive nightmare of a movie,” Downey said. “And 90 percent of my black friends were like, ‘Dude, that was great.’ I can’t disagree with [the other 10 percent], but I know where my heart lies.”

INSTAGRAM BEAUTY SLAMMED FOR 'BLACKFACE' PHOTOS: 'I AM DISGUSTED'

Social media quickly reacted to Downey’s justification of donning the blackface, and while many users pointed to his character’s in-film personality as the premise for blackface, others argued that Downey should have passed on the part altogether.

“I don't think this portrayal should be lumped in with ‘blackface’ roles. It was a different thing. The role wasn't doing blackface to mock or injure black people,” one Twitter user rationalized.

“I mean, the joke of it WAS that it was a method actor crawling so far up their own butt that they can’t see blackface is a horrible mistake,” responded another user, while an additional tweeter piggybacked, adding, “anybody who got mad at that literally does not understand satire.”

“Can robert downey jr like not like just stop with trying to justify you doing blackface in tropic thunder,” tweeted the user.

“Anyways robert downey jr did not only did blackface & yellowface, but also said a transphobic slur and has made sexist and homophobic remarks so 🥴,” said one detractor, while another carried favor with the sentiment.

“So, even by his own estimate, offending 10% of his black friends is ok with him?” asked another Downey skeptic.

“So, Robert Downey Jr was reflecting on his Tropic Thunder role where he used…blackface. I assumed he would be remsoreful [sic], but he expressed otherwise. What are your thoughts about his role? (No condemnation, just curious),” said another.

For his part, Downey was nominated for a Golden Globe, a SAG Award and an Oscar but would miss the mark on all three, losing out to the late Heath Ledger for his performance in “The Dark Knight.”

The CW Announces When ‘Riverdale’, ‘The Flash’ & More Will Return!

Kim Kardashian Put Her #1 Fan On A Los Angeles Billboard For SKIMS! So Cool!