Kim Kardashian put herself and her family on trial during a “Saturday Night Live” sketch this weekend.

The sketch showed Kim doing an impression of her older sister, Kourtney, on a parody courtroom reality series titled “People’s Kourt.” The idea was that it would be the first of the family’s exclusive deal with Hulu that will see them produce follow-ups to their hit reality TV show “Keeping Up With The Kardashians,” which ended in June.

Kim as Kourtney presided over legal squabbles happening within her family. Ever the good sports, she was actually joined by her real-life mother and sister, Kris Jenner and Khloe Kardashian. 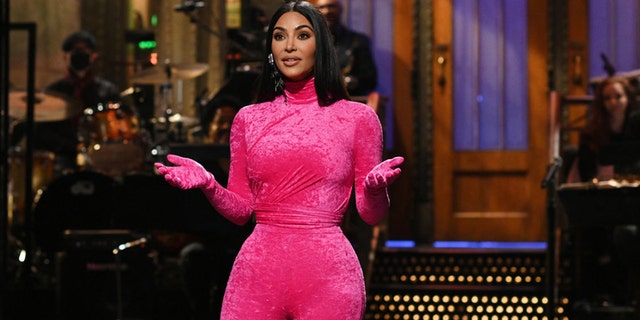 Kim then lambasted her older sister further, mocking her PDA-filled relationship with boyfriend Travis Barker (played by Mikey Day). The duo sat on the judge’s chair making out while the announcer took digs at the former Blink-182 drummer.

As was the case in Kim’s opening monologue, her estranged husband, Kanye West, was not off-limits either. She presided over a case in which Kanye (Chris Redd) accused Kim (Gardner) of hacking his Twitter. The duo went through a series of outlandish tweets from the rapper, who ultimately admitted that he was responsible for each one.

After that, Pete Davidson and Chloe Fineman played Kourtney’s “best friends” Machine Gun Kelly and Megan Fox. The foursome was previously seen palling around New York City after the VMAs in September. 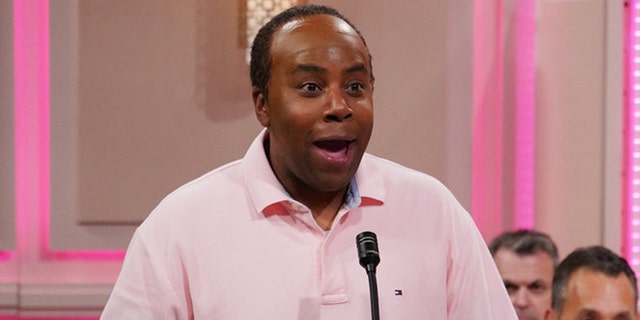 The sketch concluded with Kardashian roasting her family’s first claim to fame by having Keenan Thompson play O.J. Simpson, asking her why they don’t keep in touch. Simpson was acquitted of two counts of murder in the 1994 fatal stabbings of his ex-wife, Nicole Simpson, and Ronald Goldman. Kim’s father, Robert Kardashian, helped with the defense.

“Where’s everybody going?” Thompson’s O.J. says to conclude the sketch.

‘Dead To Me’ Creator Liz Feldman On Its Final Season 3: The Ending “Came To Me Pretty Profoundly”