Adventurer Ben Fogle has rowed across the Atlantic, scaled Everest and raced across Antarctica to the South Pole, but his biggest challenge lies closer to home — keeping his wife happy.

And he says it’s time he and his wife, Marina, sought professional help for their marriage again. ‘We haven’t done our couples’ counselling for a couple of years now, but I wouldn’t be surprised if that is something we revisit,’ the television presenter tells me.

The pair have been married 14 years and have two children, son Ludo, nine, and daughter Iona, eight. 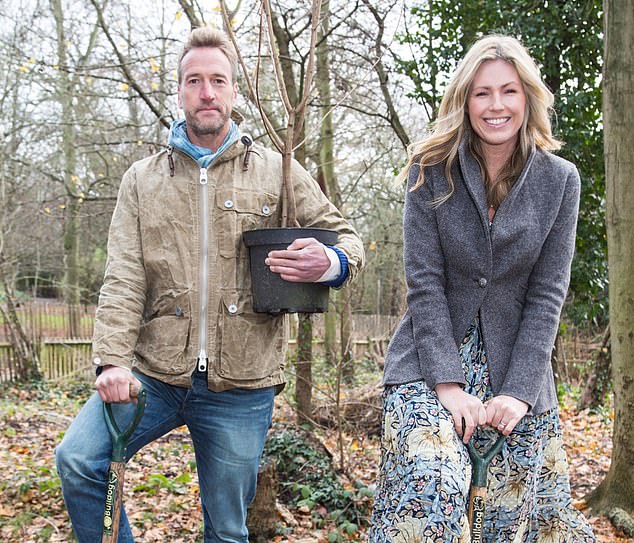 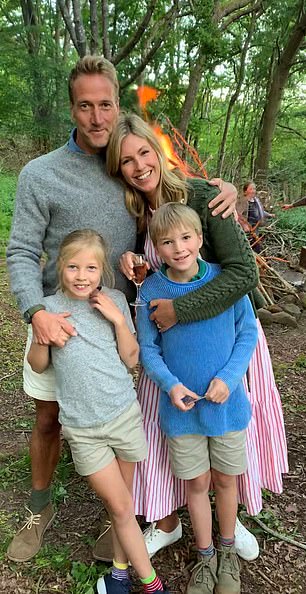 Fogle adds: ‘Not that there are any problems, but I think it is important to keep on top of all those things and stop things from going wrong before it happens.’

Fogle, 46, has already announced plans to relocate from London to the countryside this Easter.

‘Marina and I try to spend time together as well as being a family, which is the most important thing. We try to have the odd weekend, just the two of us — we might go to the New Forest or go away to a little bed and breakfast or a hotel for the weekend. We try to have date nights back at home. I think it’s very easy to rest on your laurels. We’ve been married for 14 years now and I think there is a tendency to take one another for granted, that is a very dangerous place to be.

‘We have a lot of friends who got married around the same time as us and are starting to fail, and I think that is a scary reminder that you have to work at everything in life, including marriage and relationships and parenting.

‘They don’t just happen naturally without putting in a little bit of effort.’ 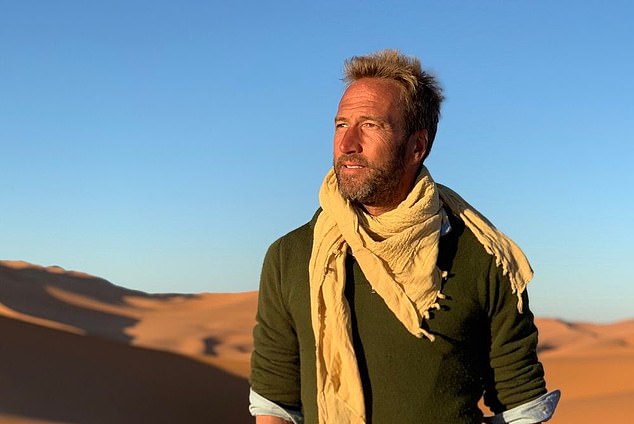 Fogle, 46, has already announced plans to relocate from London to the countryside this Easter, writes SEBASTIAN SHAKESPEARE

Fogle, who has become a Go Ultra Low ambassador to encourage motorists to switch to electric vehicles, is counting his blessings.

‘I have been very lucky that I have found someone who is understanding about my work, who is very happy in their own skin and very comfortable with herself,’ he says.

Pop singer Pixie Lott transformed herself into her mythological namesake at the weekend to celebrate her 29th birthday with pals.

For the belated fancy-dress bash in London, which she described as a ‘last-minute soiree’, she wore a green tutu adorned with butterflies.

‘I finally got to be a real-life pixie,’ she declared.

They dined at Gold restaurant in Notting Hill, where the group also enjoyed a tequila cocktail masterclass. 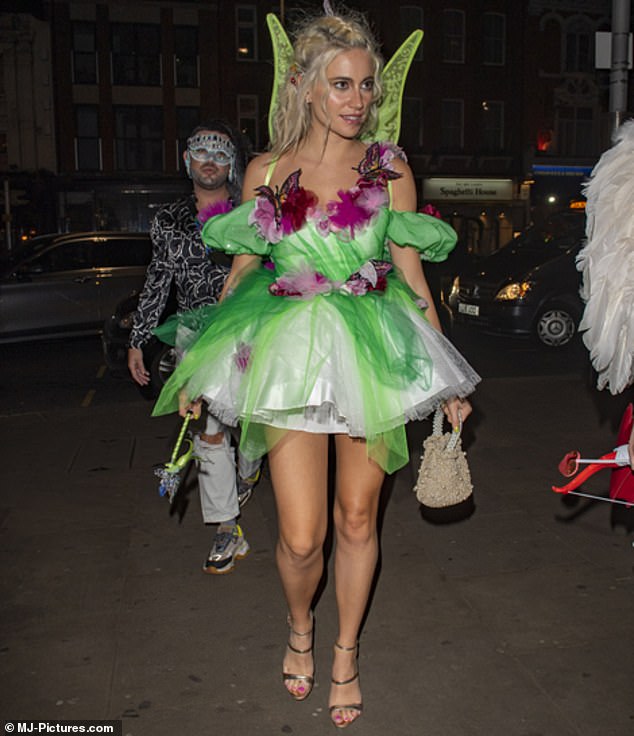 Pop singer Pixie Lott transformed herself into her mythological namesake at the weekend to celebrate her 29th birthday with pals, writes SEBASTIAN SHAKESPEARE

As a host of The Great British Bake Off, Noel Fielding is certainly earning a good crust. I can reveal that profits held by the comedian’s television production company, Fantasy Man, have risen by £886,000 since he joined the show.

Newly published figures at Companies House report that it had £1.1 million held in shareholders’ funds, an increase of £337,000 on 2018.

In 2017 his company held £217,000. Fielding’s co-presenter, Sandi Toksvig, announced last month that she would be leaving Bake Off, joking: ‘As my waistline will testify, Bake Off is an all-consuming show.’ 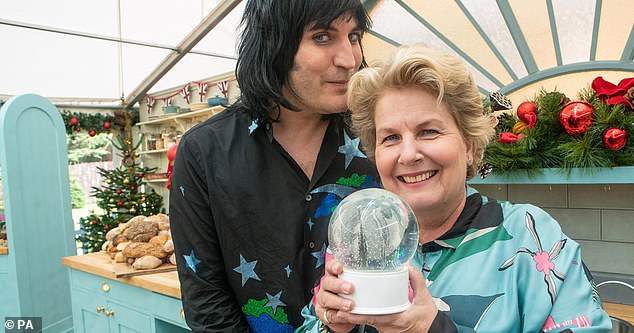 As a host of The Great British Bake Off, Noel Fielding is certainly earning a good crust, writes SEBASTIAN SHAKESPEARE

Telly funnyman Harry Hill’s wife, artist Magda Archer, claims she should get credit for some of his work.

‘Occasionally I write funny lines for him. It happens once in a while,’ she tells me at the launch of her clothing collaboration with Marc Jacobs.

‘One time Anthea Turner was on his show and he was sort of taking the p*** and she came up behind him, slapped a sticker on him that had his name on it and she said: “Just so I remember who you are.” That was my line!’

Jonathan Pryce, tipped for a Best Actor Oscar for playing Pope Francis in The Two Popes, is contrite about his global footprint in the run up to the awards season.

‘The month before Christmas I was flying everywhere,’ he says. ‘ My carbon footprint I have to apologise for.

‘I think a lot more could be done on video conferencing and you don’t have to go and be there in person. My air miles would be down but the world would be better off.’

Despite failing to win the best supporting actress award at the Baftas, Florence Pugh still ensured it was a night to remember.

The 24-year-old from Oxford, whose portrayal of Amy March in Little Women earned her a nomination for the coveted prize, was in good spirits at the Royal Albert Hall ceremony in London. Backstage, she posed on the steps for a picture to share with her fans online of herself clutching a flute of champagne while showing off her fuchsia gown designed by Dries Van Noten.

‘We did the Baftas!’ she captioned the snap. It won’t be long before Florence finds out if she wins in the same category at the Oscars on Sunday night. 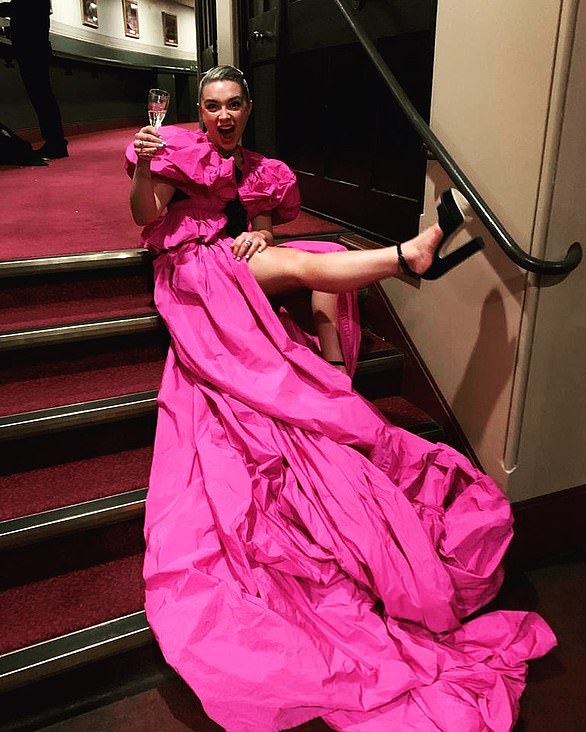 Despite failing to win the best supporting actress award at the Baftas, Florence Pugh still ensured it was a night to remember, writes SEBASTIAN SHAKESPEARE

Why Serena’s got it in the bag for pal Meghan

Wimbledon star Serena Williams’s latest venture comes at an opportune moment after her friend, the Duchess of Sussex, decided to split her time between Canada and the UK.

The 38-year-old athlete turned designer reveals she has created a range of luggage, launching this week. ‘If there’s one thing I’ve learned after years of travelling (as an athlete, friend, and mother), it’s important to have quality luggage,’ says the tennis star. ‘As we embark on a new decade of exploration and discovery, I am super excited to share my collaboration.’

A standard suitcase in her range costs £275 — but Serena has previously admitted to giving her pal, Meghan, freebies from her fashion line.

Millionaire conservationist Damian Aspinall’s wife Victoria is bidding farewell to their beloved cheetah, Saba, whom they have reared by hand at Howletts and are now sending into the wild.

‘The countdown has begun,’ she says alongside this snap online. ‘This will be the first time ever anyone has attempted to take a captive cheetah back to their homeland and rewild. Saba my dearest boy, you have made me the proudest mummy in the world.

‘From such fragile beginnings, you blossomed from cub to adulthood, always loving and affectionate.

‘Your consistently comforting purr, our silly little head rubs, the lazy days spent lying together watching the clouds pass by, will stay with me for ever.’ 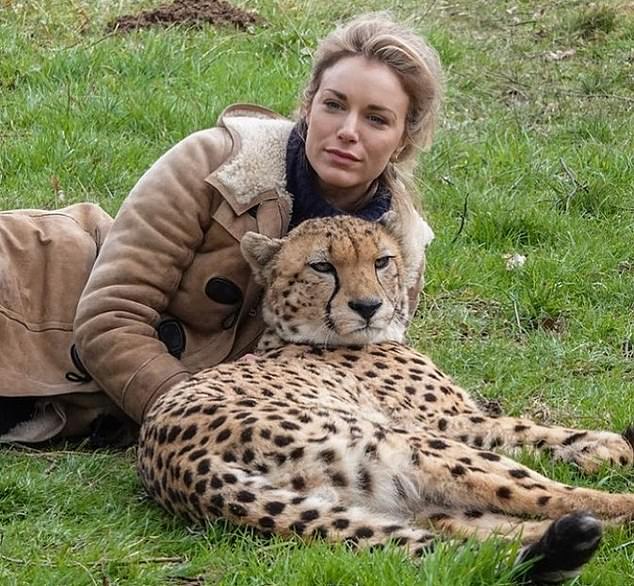 Millionaire conservationist Damian Aspinall’s wife Victoria is bidding farewell to their beloved cheetah, Saba, whom they have reared by hand at Howletts and are now sending into the wild, writes SEBASTIAN SHAKESPEARE

Kenny Chesney Pays Tribute To Fans In New ‘We Do’ Video