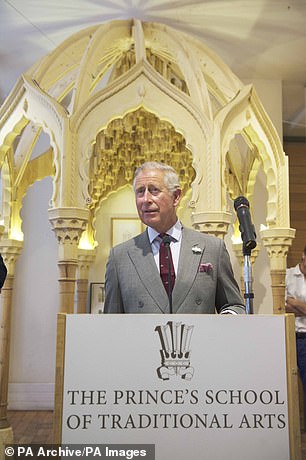 The Prince of Wales gives a speech as he attends the Degree Show at The Prince’s School of Traditional Arts, London

Prince Charles has worked tirelessly for good causes for decades — and now the astonishing scale of his philanthropy can be disclosed.

I can reveal that the heir to the throne has a staggering £120million on the books of his charity, the Prince’s Foundation.

The eye-catching figure is revealed in the first set of accounts since all his charities were merged last year.

‘The merger activity has been a great success and the trustees believe it will strengthen the foundations’s brand, capabilities and offerings,’ says its chair, the distinguished businesswoman Jayne-Anne Gadhia.

The foundation now incorporates the Prince’s Foundation for Building Community, the Prince’s Regeneration Trust, the Great Steward of Scotland’s Dumfries House Trust and the Prince’s School of Traditional Arts. It also became sole trustee of the Queen Elizabeth Castle of Mey Trust.

The enlarged charity is run by Charles’s former valet, Michael Fawcett, and employed 278 staff as at the date of the accounts in March. 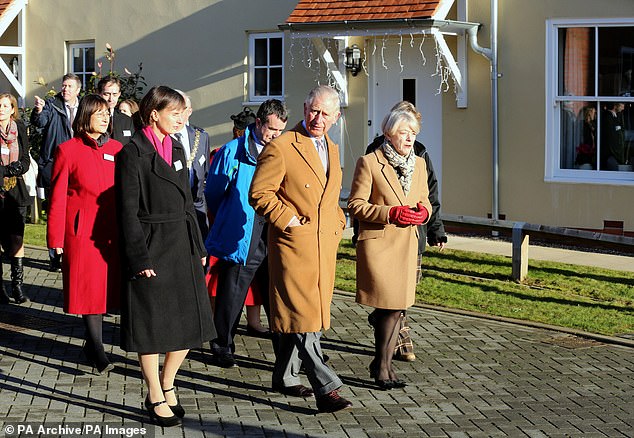 The Prince of Wales, President of The Prince’s Foundation for Building Community and Business In The Community, walks with Margaret Clark (right), Hastoe Housing Association Chairman, during a tour of Pandan Close in West Hanningfield, Essex

Fawcett’s pay as chief executive is not disclosed in the accounts, but they do report an increase from one to two in the number of staff members earning £100,000 per year or more. Staff numbers rose by 58 to 278.

The appointment placing Fawcett in charge of a multi-million-pound budget gave him responsibility for all the future king’s public work in areas including architecture, heritage, culture and education.

Fawcett had previously worked for five years as chief executive of Dumfries House Trust, the Ayrshire stately home that was rescued for the nation by Charles and has become the base for the Prince’s charitable endeavours.

A foundation source points out that its balance sheet seems high, due to its fixed assets, such as Dumfries House, and that its income was £16.6 million in 2019. 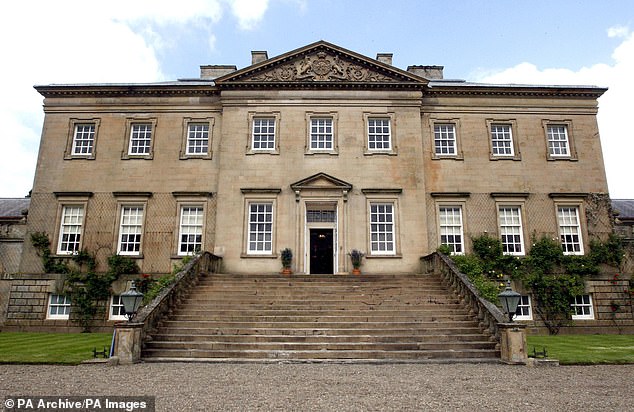 A foundation source points out that its balance sheet seems high, due to its fixed assets, such as Dumfries House (pictured), and that its income was £16.6 million in 2019

‘Lord Rees brought the house down by saying he had more chance of predicting the election result by gazing at the stars than the opinion polls,’ says a guest.

Leftie Billie can’t even win over her own family! 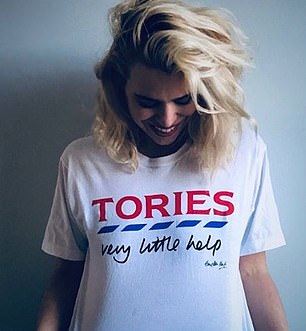 Secret Diary Of A Call Girl star Billie Piper went to great lengths to encourage her fans to vote against Boris Johnson.

She posed online in a T-shirt emblazoned with the words ‘Tories — very little help’ in the style of Tesco’s slogan ‘Every little helps’. And she accused Boris of giving ‘zero f***s about our children’s future’.

Now, the actress has been forced to admit that some of her relations are ignoring her potty-mouthed protests and voting Conservative anyway. ‘To the members of my family voting Tory this year . . . it’s not too late.’ 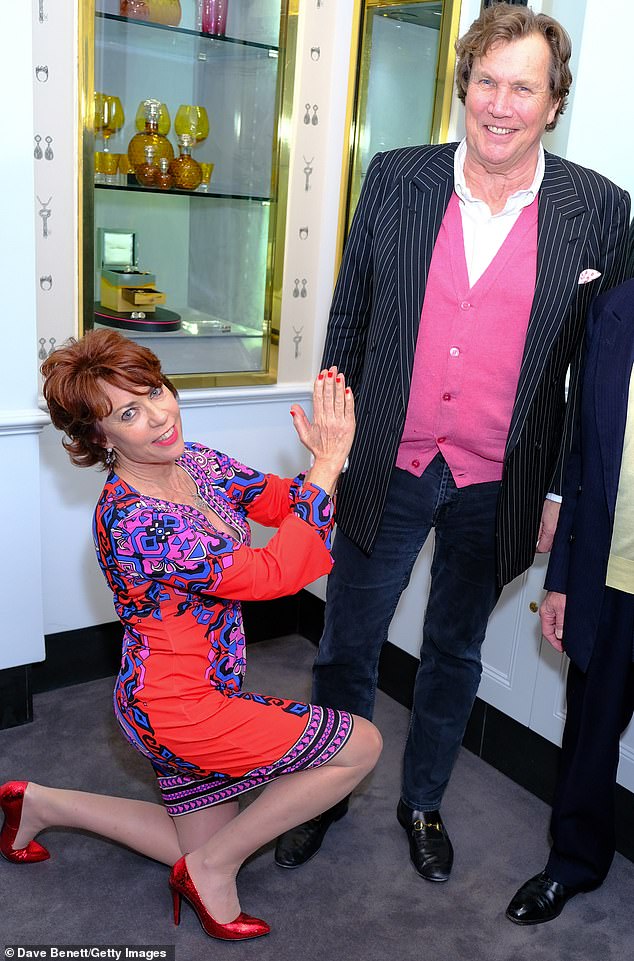 DRAMATIC: Saucy novelist Kathy Lette (above) fell to her knees in homage to society jeweller Theo Fennell at the launch of his Shakespeare-themed candlestick collection with the RSC.

SPIRITED: Lette, 61, whose marriage to human rights lawyer Geoffrey Robertson ended in 2017, waxed lyrical about female sexuality. ‘I’m leading the light for women my age. We refuse to be invisible,’ she tells me. ‘Women hit their sexual prime at 55. For the first time, we have a second act: we’re financially independent, we’ve got HRT — which I call husband replacement therapy — and we’ve got verve and panache.’

NOSTALGIC: Sixties model Pattie Boyd, ex-wife of both George Harrison and Eric Clapton, recalls meeting Fennell through her rock star connections and playing him in an annual tennis tournament. ‘We’d play tennis in various states of being hungover,’ she says.

JESTER: Fennell shed light on his theatrical collection. ‘I’ve always loved Shakespeare. I’m not sure I’d like to be like any of his characters. The ones I like have fairly sudden and brutal ends. Falstaff had the most fun, but I hope I’m not Falstaffian.’ 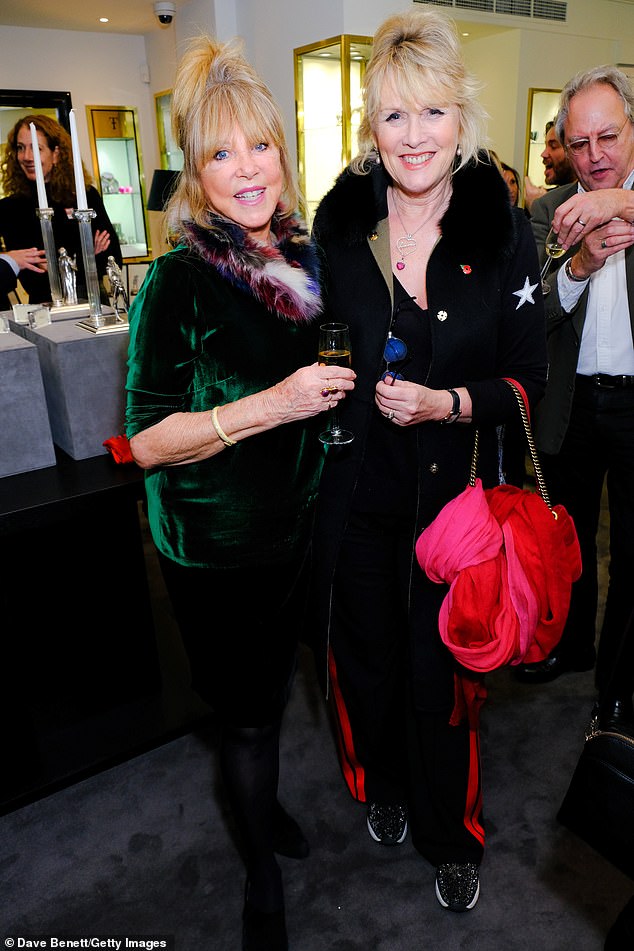 He delivered one of the most memorable resignation speeches of modern times, observing that John Major’s government gave ‘the impression of being in office but not in power’.

However, former Chancellor Lord Lamont is markedly more upbeat about the current Government’s chances in today’s General Election. ‘My instinct is that we’ll do well,’ he tells me at artist Milly Flamburiari’s ‘Pleasures Galore’ exhibition at Gallery 8 in St James’s. A verdict which must hearten Milly: she’s a cousin of former Tory Party treasurer Lord Beaverbrook.

The Day Of The Jackal star Edward Fox has Jeremy Corbyn in his sights. ‘The only thing that is important is that we leave the European Union,’ he tells me.

‘The most suitable form of government is the Conservative Party led by Boris Johnson, without question.

‘He’s a gentleman. Corbyn may be a gentleman in private, but he doesn’t show it in public. The anti-Semitism in his party is a disgrace.’

Kit and Rose pictured for first time in six months

Game Of Thrones star Kit Harington and his wife, Rose Leslie, made their first joint appearance in six months at the MS Society’s carol service in Bishopsgate, London.

Kit, who checked into rehab in May for stress and alcohol issues, is ending the year on a natural high: he has been nominated for a Golden Globe award for his role as Jon Snow. ‘I didn’t expect to be nominated. I was just at home, learning lines. It was very unexpected and wonderful,’ he says. 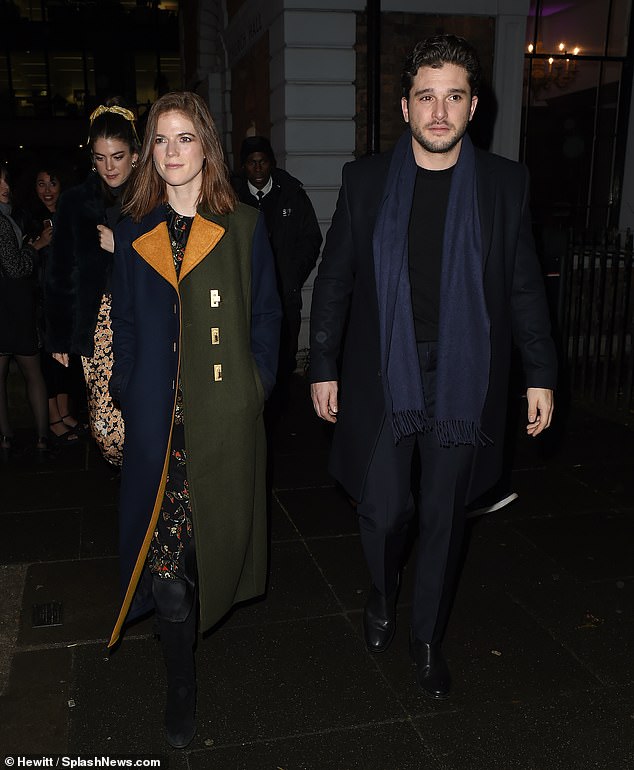 Game Of Thrones star Kit Harington and his wife, Rose Leslie, made their first joint appearance in six months at the MS Society’s carol service in Bishopsgate, London

'Jersey Shore: Family Vacation' Star Pauly DelVecchio Is Blocking Fans Who Do This

Lori Loughlin Bombarded by Screaming Girls in Front of Courthouse