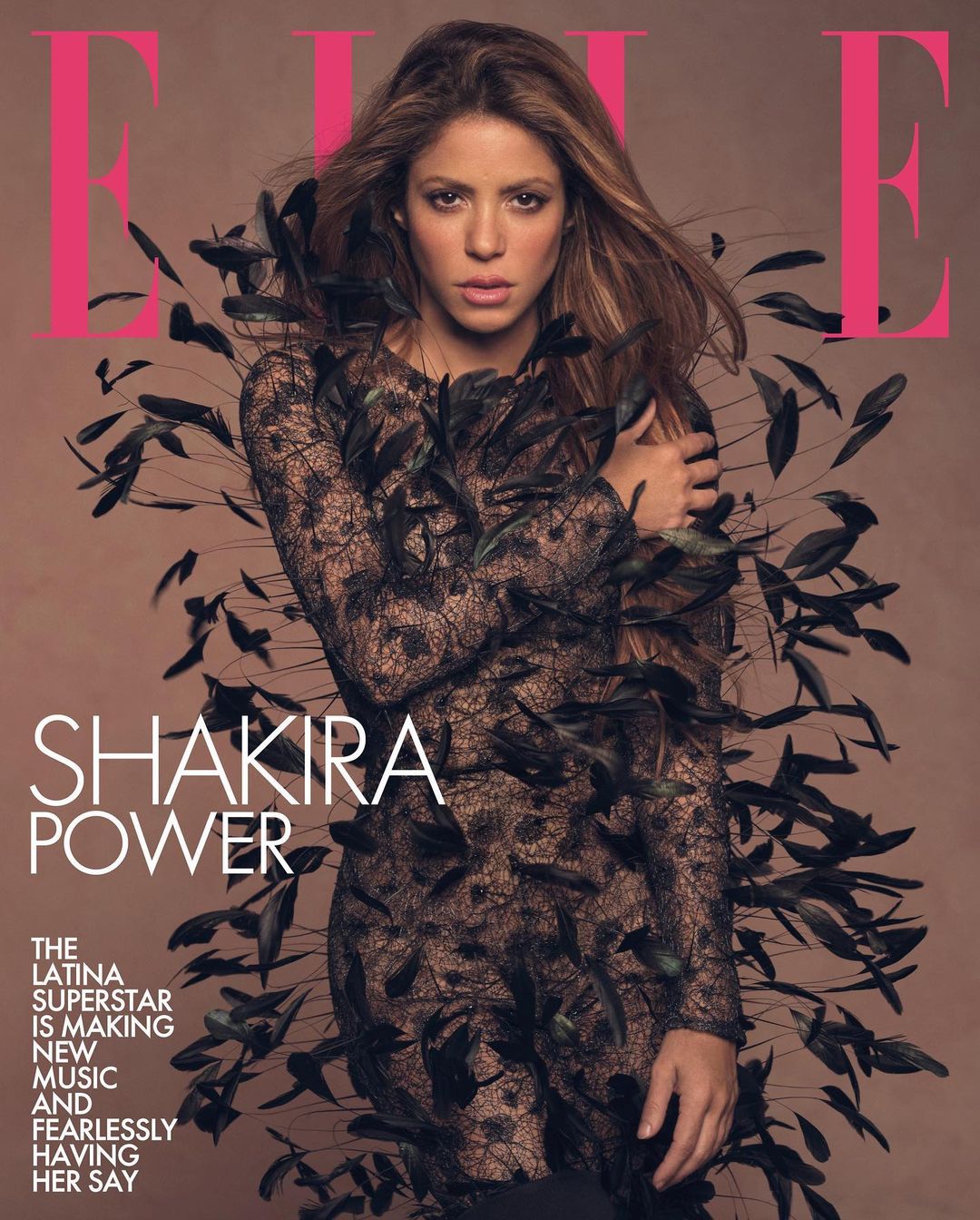 Because of this job, I read more than my fair share of celebrity interviews and profiles. I have gotten used to fashion magazine journalists soft-pedaling their more sensitive questions and the push-pull of celebrities’ canned publicist-written lines versus actual admissions and confessions. Shakira’s cover interview for Elle’s October digital issue is kind of remarkable because the Elle writer was asking pointed question after pointed question about Shakira’s split with Gerard Pique and her tax situation in Spain. Shakira’s literally going to trial over the tax situation – Spain says she owes millions in back taxes, Shakira says she’s paid everything she owes – while simultaneously fighting for full custody of the two children she shares with Pique. While Shakira deflects some questions, she really tries to answer a lot of them and get her side out.

The end of her relationship with Pique: “Oh, this is really hard to talk about personally, especially as this is the first time I’ve ever addressed this situation in an interview. I’ve remained quiet and just tried to process it all. Um, and yeah, it’s hard to talk about it, especially because I’m still going through it, and because I’m in the public eye and because our separation is not like a regular separation.”

It’s hard on the kids: “It’s really upsetting for two kids who are trying to process their parents’ separation. And sometimes I just feel like this is all a bad dream and that I’m going to wake up at some point. But no, it’s real. And what’s also real is the disappointment to see something as sacred and as special as I thought was the relationship I had with my kids’ father and see that turned into something vulgarized and cheapened by the media. And all of this while my dad has been in the ICU and I’ve been fighting on different fronts. Like I said, this is probably the darkest hour of my life. But then I think about all those women around the world who are going through hardship, who are going through a situation as bad as mine or as difficult as mine or worse.

The most painful thing: “For those women like me who believe in values like family who had the dream, the big dream of having a family forever, to see that dream broken or shredded into pieces is probably one of the most painful things that you can ever go through. But I think that women, we are resilient. You know, we have this resiliency that is just innate in all of us.

The Spanish media depicts the split as particularly nasty: “Honestly, the depiction in the local press here in Spain has been so hard to watch. And invasive for my kids. They don’t deserve to feel observed or watched every second, photographed at school drop-off, or followed by paparazzi. They deserve a normal life. It’s just a total circus, and everyone is speculating about all of these aspects of our, and more importantly our children’s, lives, and a lot of it isn’t even true. Regardless of how things ended or how Gerard and I feel about each other as ex-partners, he is the father of my children. We have a job to do for these two incredible boys, and I have faith that we will figure out what is best for their future, their own dreams in life, and what is a fair solution for everyone involved. And I hope and would appreciate if we were given the space to do that privately.

On Pique already finding a new girlfriend: “I think that those details are somehow too private to share, at least at this very moment—everything is so raw and new. I can only say that I put everything I had into this relationship and my family.

Making sacrifices: “Once Milan started school, at the end of 2014, I knew that my constant travel and nomadic existence had to be put on the back burner and my career had to be put in second gear. I knew that when he started school I had to settle down, plant roots in Barcelona, and be there for him and for Gerard and then later on for Sasha as well. As a soccer player, he wanted to play football and to win titles and I had to support him. I mean, one of the two of us had to make a sacrifice, right? Either he would stop his contract with Barcelona and move to the U.S. with me, where my career is, or I would have to do that instead. And so, one of the two had to make that effort and that sacrifice. And I did it. I put my career in second gear and I came to Spain, to support him so he could play football and win titles. And it was a sacrifice of love. Thanks to that, my kids were able to have a present mom, and I have this amazing bond with them that is unbreakable and that sustains us. You know, that is it. That’s all I can say.

Fighting the tax fraud accusations: “Because I have to fight for what I believe; because these are false accusations. First of all, I didn’t spend 183 days per year at that time at all. I was busy fulfilling my professional commitments around the world. Second, I’ve paid everything they claimed I owed, even before they filed a lawsuit. So as of today, I owe zero to them. And finally, I was advised by one of the four biggest tax specialist firms in the world, PricewaterhouseCoopers, so I was confident that I was doing things correctly and transparently from day one.

The Spanish government is leaking sh-t about her: “Even without evidence to support these fictional claims, as they usually do, they’ve resorted to a salacious press campaign to try to sway people, and apply pressure in the media along with the threat of reputational damage in order to coerce settlement agreements. It is well known that the Spanish tax authorities do this often not only with celebrities like me (or [Cristiano] Ronaldo, Neymar, [Xabi] Alonso, and many more), it also happens unjustly to the regular taxpayer. It’s just their style. But I’m confident that I have enough proof to support my case and that justice will prevail in my favor.

Wow, she’s pissed at the Spanish authorities: “While Gerard and I were dating, I was on a world tour. I spent more than 240 days outside of Spain, so there was no way I qualified as a resident. The Spanish tax authorities saw that I was dating a Spanish citizen and started to salivate. It’s clear they wanted to go after that money no matter what. Even for the next few years, I was traveling the world, working nonstop while pregnant or with Milan as a baby, when my C-section had barely closed. They knew I wasn’t in Spain the required time, that Spain wasn’t my place of work or my source of income, but they still came after me, with their eyes on the prize.

I came out of this with a real admiration for Shakira and her strength in dealing with what sounds like a huge mountain of bullsh-t. She’s right about the Spanish press, they’ve been going after her HARD and I know I’ve only seen a fraction of it here in America. To be fair, this isn’t just on the Spanish media though – Gerard Pique has been smearing her a lot in recent months and clearly he wants the world to know that he’s moving on with someone much younger and that he’s thrown away Shakira like she’s yesterday’s news. The Spanish government has also been quite gleeful in the way they’ve come after her too on the tax issue, which I still believe is a massive scam on the government’s part. And yes, Shakira is making it perfectly clearly that she was the one making sacrifices for Gerard and for his career and now he’s being this absolute POS. Ugh, I cannot stand him. Anyway, this was surprisingly dishy and I love that she talked about everything. 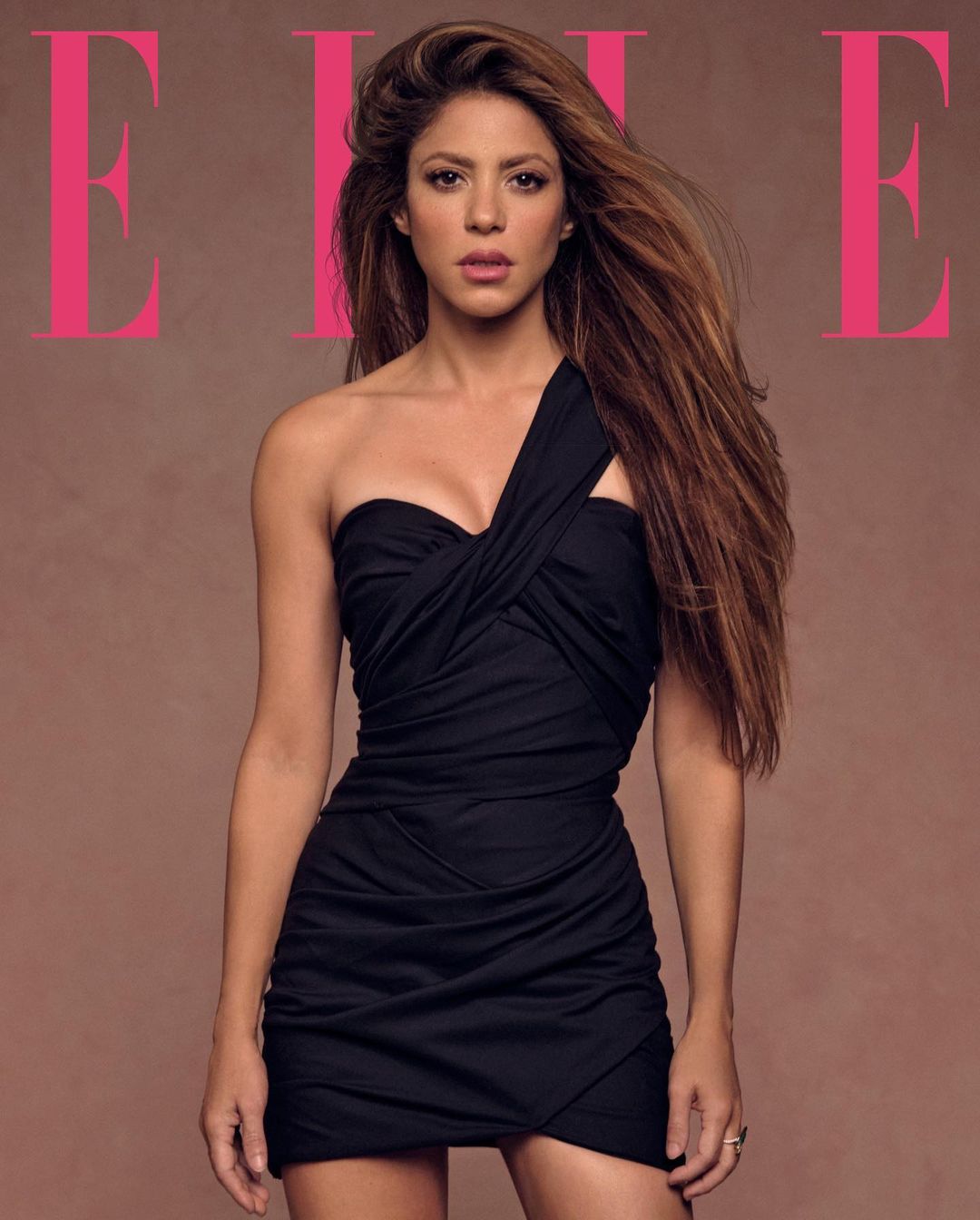