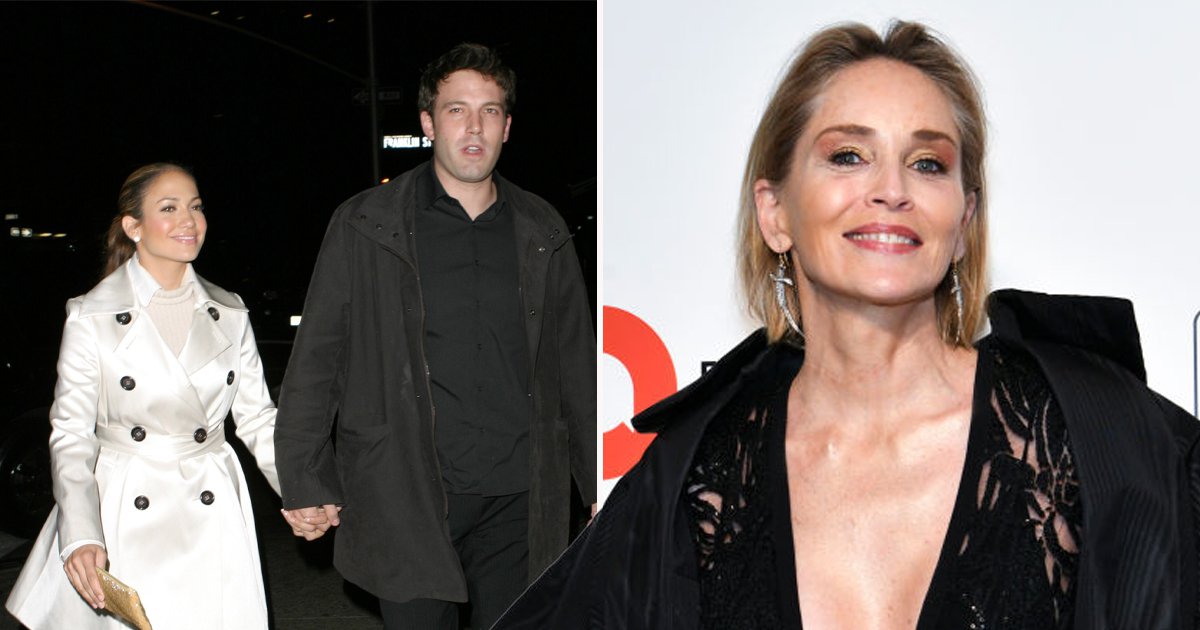 Sharon Stone has pretty much summed up everyone’s reaction to Jennifer Lopez and Ben Affleck hanging out again.

The pop culture phenomenon that is Bennifer has been revived with Ben and Jennifer recently reuniting following her split from Alex Rodriguez.

It’s yet to be determined whether they’re more than just friends but naturally, it’s left everyone stunned, most notably Basic Instinct star Sharon, who apparently has some questions.

Comedian Michelle Collins posted a meme with a new photo of Ben and Jen together on their weekend trip, with the caption: ‘J-Lo’s been with him for like 2 weeks and he’s hot as s**t again. I bet his phoenix back tattoo is slowly disappearing like the photo in Back to the Future.’

Sharon slid into the comments section to ask: ‘Yeah i mean wtf A rod ?’

Exactly, what about Alex. Well, it’s not known what he thinks of his ex hanging out with her ex but he seems happy enough posing by London postboxes right now.

It first emerged that Ben, 48, and Jen, 51, were pally again when he was spotted outside her Los Angeles home.

Then last weekend, they were pictured together for the first time in years driving in a car on their way to a private plane. The actors jetted off to Montana, California where they stayed for several days.

A source has now claimed that they’ve been in touch with each other since February, when Ben reportedly emailed Jennifer while she was shooting Shotgun Wedding in the Dominican Republic.

The insiders allege that the ‘tone of the emails wasn’t just friendly … but more loving and longing for Jen.’

It’s also claimed that Ben told JLo how beautiful she looked after photos of her in the Dominican Republic emerged and how he wished he could be there too.

Friends of the former couple say that they maintained a good friendship since their split 17 years ago, and Ben recently said of Jennifer in her InStyle Magazine cover story: ‘She has great talent, but she has also worked very hard for her success, and I’m so happy for her that she seems, at long last, to be getting the credit she deserves.’

Another insider has also described their reunion as ‘intense’ but said they are enjoying their time together.

Jennifer split from fiance Alex Rodriguez in April after four years together and more than two years after they got engaged.

Ben was most recently in a year-long relationship with Knives Out actress Ana de Armas until their split in January.

Got a story? If you’ve got a celebriy story, video or pictures get in touch with the Metro.co.uk entertainment team by emailing us [email protected], calling 020 3615 2145 or by visiting our Submit Stuff page we’d love to hear from you.