Piers Morgan, 57, has furiously come to the defence of Sir Paul McCartney, 80, after some critics raged that the legendary singer did not include enough Beatles hits in the setlist for his performance on Glastonbury’s Pyramid Stage.

Saturday’s show was monumental as Sir Paul became the oldest ever Glastonbury headliner at the age of 80.

His highly anticipated set featured many surprises for his fans, including an unexpected appearance from the Foo Fighters’ Dave Grohl to sing I Saw Her Standing There and Wings’ Band On The Run.

Fans were also stunned when Bruce Springsteen was introduced to the stage and the hitmakers sang I Wanna Be Your Man and Glory Days.

Emotions were particularly high when McCartney sang a virtual duet with his late bandmate, John Lennon, who died in 1980. 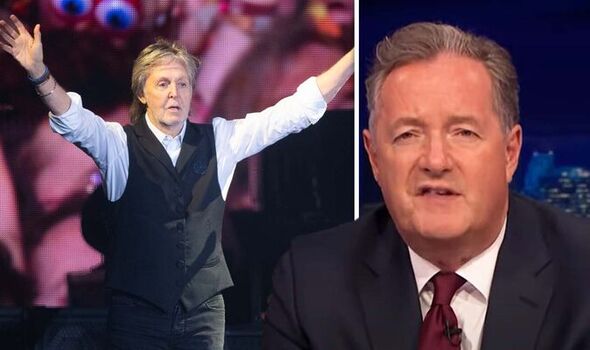 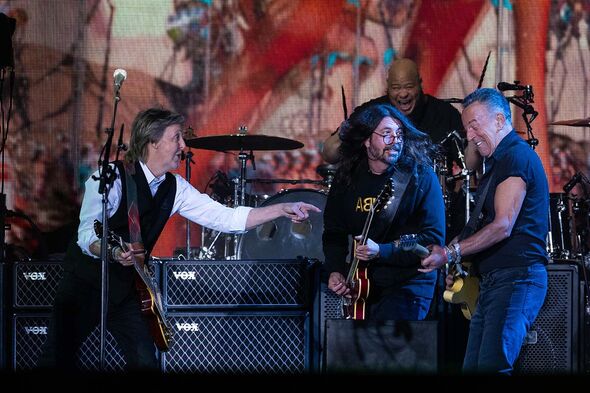 They sang I’ve Got A Feeling together from The Beatles’ last album, Let It Be.

Piers Morgan was among fans who took to Twitter after the show to praise Sir Paul for his impressive set.

He gushed: “Sir Paul McCartney rocking Glastonbury, at nearly midnight, at the age of 80, playing some of the greatest songs in music history with the enthusiasm of a teenager. Brilliant.”

While many agreed with Piers, some took to the comments to complain that they would have liked Paul to sing different songs. 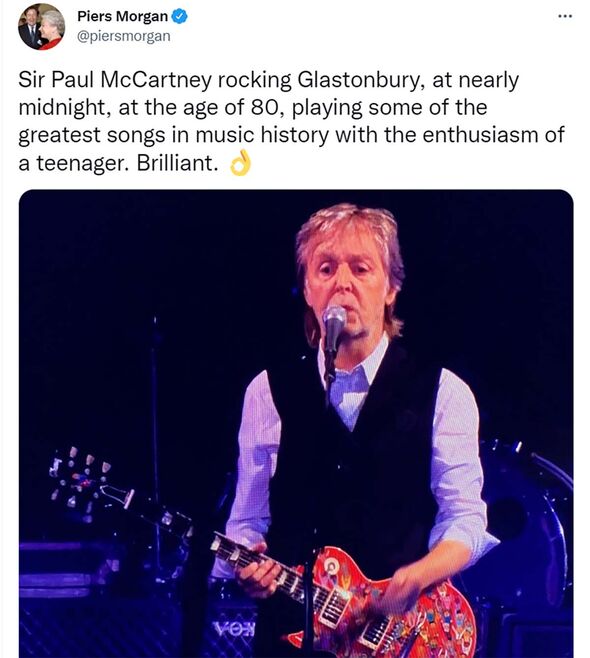 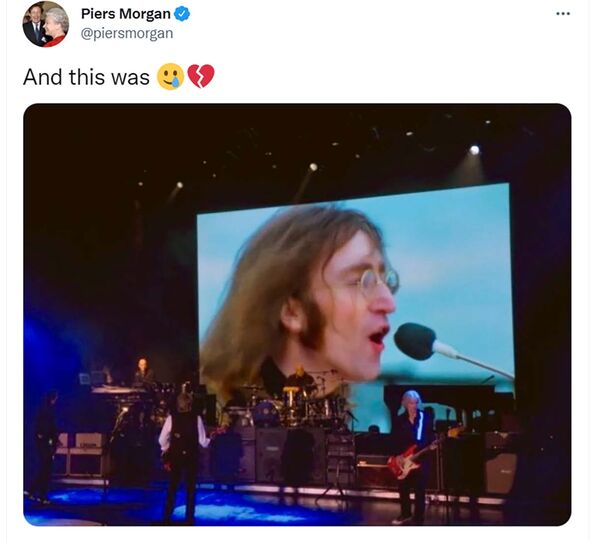 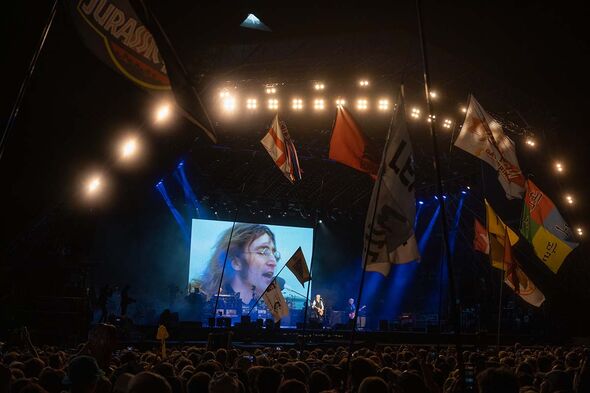 Dave raged: “You are joking? This is embarrassingly awful. I was at Glasto in 2004 when he played 33 songs over three hours, all back catalogue. He was awesome that day, but his voice is shot and song choice painful.”

And Maxine agreed: “Paul McCartney is a legend, but his song list was boring. Why not play the big hits that we all want to hear. Disappointed.”

Piers quickly jumped to Paul’s defence and told critics to “shut the f**k up”.

He said: “Twitter’s moaning Macca ‘didn’t do enough Beatles hits. He played Can’t Buy Me Love, Love Me Do, I Saw Her Standing There, Lady Madonna, Blackbird, Get Back, Something, Let It Be, and Hey Jude.

“Those songs alone are nine of the greatest pop songs ever. Twitter.. STFU.”

To further his argument, Piers also shared a photograph of Paul’s virtual duet with John and emotionally wrote: “And this was,” along with a crying and broken heart emoji.

During his Glastonbury gig, Paul explained that the duet had been made possible by film director Peter Jackson, who was behind The Beatles: Get Back documentary for Disney+.

The director took clips from The Beatles’ final show in 1969 and edited the footage so it would appear John and Paul were singing together, with the former’s image projected onto a large screen.

The 80-year-old told the crowd: “I’ve got a special little thing here. One day, Peter Jackson rings me up and says he can take John’s vocals and isolate them so that you can play live with John on tour. He said, ‘Do you fancy that?’”

After the song, an emotional Macca candidly said: “That’s so special for me man. I know it’s virtual but come on – it’s John. We’re back together!”

Inside Gleb Savchenko and Cassie Scerbo’s ‘Fun’ and ‘Flirty’ Relationship