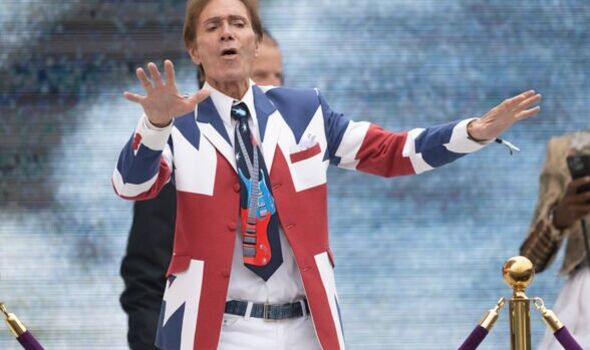 The evergreen 81-year-old  – who wowed crowds from an open-top bus at the Platinum Jubilee – says staying youthful is down to being constantly physically active.

People could always do things to help themselves, he said- no matter what they looked like.

“I always say to people, you know, just keep moving. If you can run, run. If you can’t run, walk. If you can’t walk, crawl. Just keep everything moving and I think that’s helped me a great deal.”

“Some people just don’t age well, but you can still age and be happy. I don’t even know what I look like now, but you don’t have to look twenty to have fun.”

“You can still have fun within your age group within your standard of tennis playing, or whatever sport you choose to do. That’s what I do. I still keep active.”

“The thing is to try and keep healthy and sometimes that means giving up food that you shouldn’t eat and want to.”

The singer, who was speaking to veteran DJ Mike Osman on Great British Radio, had his first hit ‘Move It’ when he was 17 in 1958.

Recalling his early days on the rock and roll scene, he admitted he did fear he might be a one hit wonder.

He said:  “I was focused on what I wanted to do, and thousands of us wanted to get into that rock ‘n’ roll scene and a few of us got lucky.”

“But because of the headlines you read sometimes, not only about us but other artists that came from the rock ‘n’ roll scene, you know, ‘Here today gone tomorrow, one hit wonders’.

“After a little while, it does weigh you down to read that, and I guess we just sort of said okay, ‘If it’s here today, gone tomorrow, we’ll just enjoy today’.”

In 2020, he became the first ever artist to score a Top 5 album in eight consecutive decades with ‘The Air That I Breathe.’

Asked about Beatle John Lennon’s comment that there was nothing worth listening to in British music before Sir Cliff and The Shadows were on the scene, the Octogenarian replied: “I’ve always been grateful he said that, because sometimes I’m speaking with a journalist and they’ll say, ‘Well, you know, you’re not really cool’. And I say, ‘(Well) John Lennon thought I was cool!’ “

Terrell Davis Says Julian Edelman's a Hall Of Famer, It's About Impact, Not Stats!

Larry King Called This Item 1 Of His 'Most Cherished Treasures'