Pete Davidson’s co-stars had some commentary about his budding romance with beauty Kim Kardashian that started after her hosting gig!

Kim Kardashian, 41, and Pete Davidson, 27, have been driving headlines for weeks over their unexpected romance! Everyone seems to have an opinion, including Pete’s own co-stars from Saturday Night Live. Kenan Thompson, Chris Redd, and Bowen Yang shared their thoughts on the situation during the American Museum of Natural History’s 2021 Museum Gala in New York City on Thursday, Nov. 19.

“I mean, you’ve got to be happy for love, I guess. If it’s love! They look like they’re having a good time,” long time cast member Kenan said. “I’m always happy when he’s happy,” he added, noting he thinks of Pete like a “little brother.” 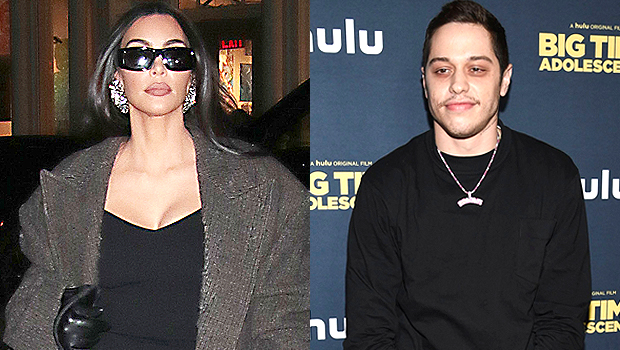 Bowen clarified he didn’t know the “nature” of Pete and Kim’s “friendship” — despite the fact the pair were seen holding hands in California on the exact same day! “I don’t know what the nature of the friendship is, but it seems like they’re having a good time hanging out,” he said at the event.

The unexpected romance is Kim’s first publicly since her split from Kanye West, 44. Despite the 13 year age difference, Pete seemingly charmed Kim during her Oct. 9 hosting gig, which included a hilarious sketch where the two played Disney characters Jasmine and Aladdin. After Pete’s Aladdin thought Kim’s Jasmine might be “too much woman” for him, the pair worked out their differences with a romantic kiss (all while on a magic carpet ride).

The moment arguably sparked their hangouts in the following weeks, which included a visit to the Knott’s Berry Farm amusement park in Buena Vista, CA where they were reportedly holding hands and “acting” like a couple. Kim was back in NYC the following week for the WSJ Innovator Awards where she and Pete reportedly went on back-to-back dates — including one on a rooftop in his home borough of Staten Island. Kim and Pete have yet to publicly address their romance, however, they are letting the photos speak for themselves.