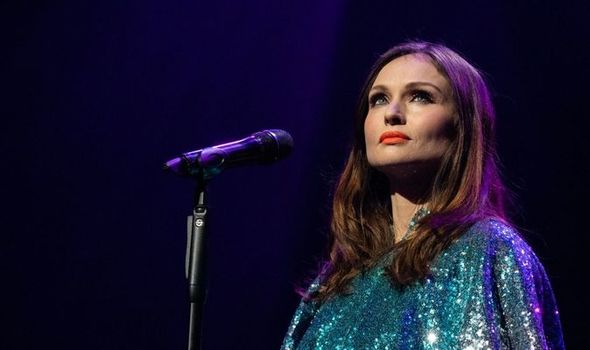 Tax consultant Nishil Patel, 39, has been told he faces a full criminal prosecution if he hounds the 42-yearold singer again. A court heard that Patel stalked the Murder On The Dancefloor star for months – even after police warned him to stop.

The accountant left 30 parcels addressed to the former Strictly star at her neighbour’s house, in the belief it was where she lived.

He also sent unsolicited messages to her husband Richard Jones and their son online. One of his messages to Sophie said “**** you fake ****, blood on your hands, you never put yourselves in my shoes once did you, you flaky privileged *****” when she didn’t respond to his initial contact.

City of London magistrates also heard gifts included a wallet that he monogrammed “NP” and described as black “like your soul” and Lego.

Prosecutor Felix Keating said Children In Need fundraiser Sophie “has clearly been having a very upsetting few months” after Patel starting stalking her from the end of last year through to April.

He added: “The allegations initially concern leaving gifts. It then escalated to unwanted and persistent contact over social media and escalated again to more abusive messages. It culminated in Mr Patel attending a neighbour’s address, which the police believe he thought was the victim’s address.”

The Metropolitan Police, whose request for a full Stalking Protection Order was granted, said Patel never denied carrying out the acts and dismissed them as a “bit of fun”.

What is happening where you live? Find out by adding your postcode or visit InYourArea

He is now said to be seeking treatment for bipolar disorder.

Mr Keating added: “Police say if the order is not granted there is a very real risk the activities will continue.”

When asked by magistrate chair Victoria Fraser if he understood that breaching the restriction amounts to a criminal offence, Patel, of Shepherd’s Bush, West London, replied: “Absolutely.”