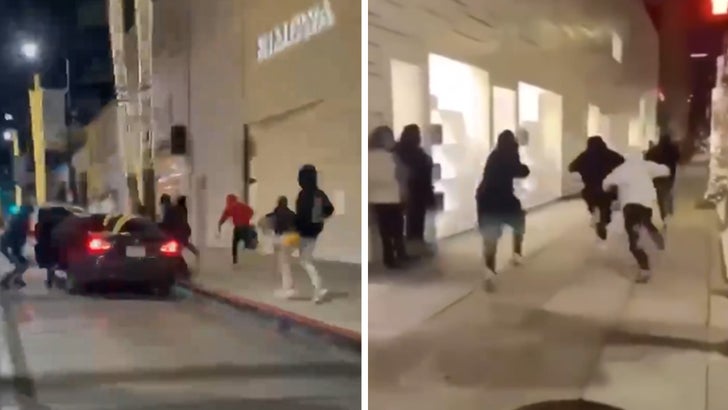 A group of teen suspects in an armed robbery at a high-end fashion store made a break for it to their getaway cars … but a few of them were left holding the bag.

Cops reportedly caught up with one of the 3 getaway vehicles, recovered several stolen Fendi items and took the underage teens into custody. They were later released to their parents, but the other suspects are still at large.

During the robbery, police say one of the suspects pushed a security guard to the ground. The incident is believed to be linked to another robbery in the same area earlier in the week … at a Saint Laurent store.

Thought I was dodgy! Loose Womens Kaye Adams stopped by police at COP26 over behaviour

Is Corey Perry’s Brother On ‘Big Little Lies’? This Theory Is Absolutely Shocking