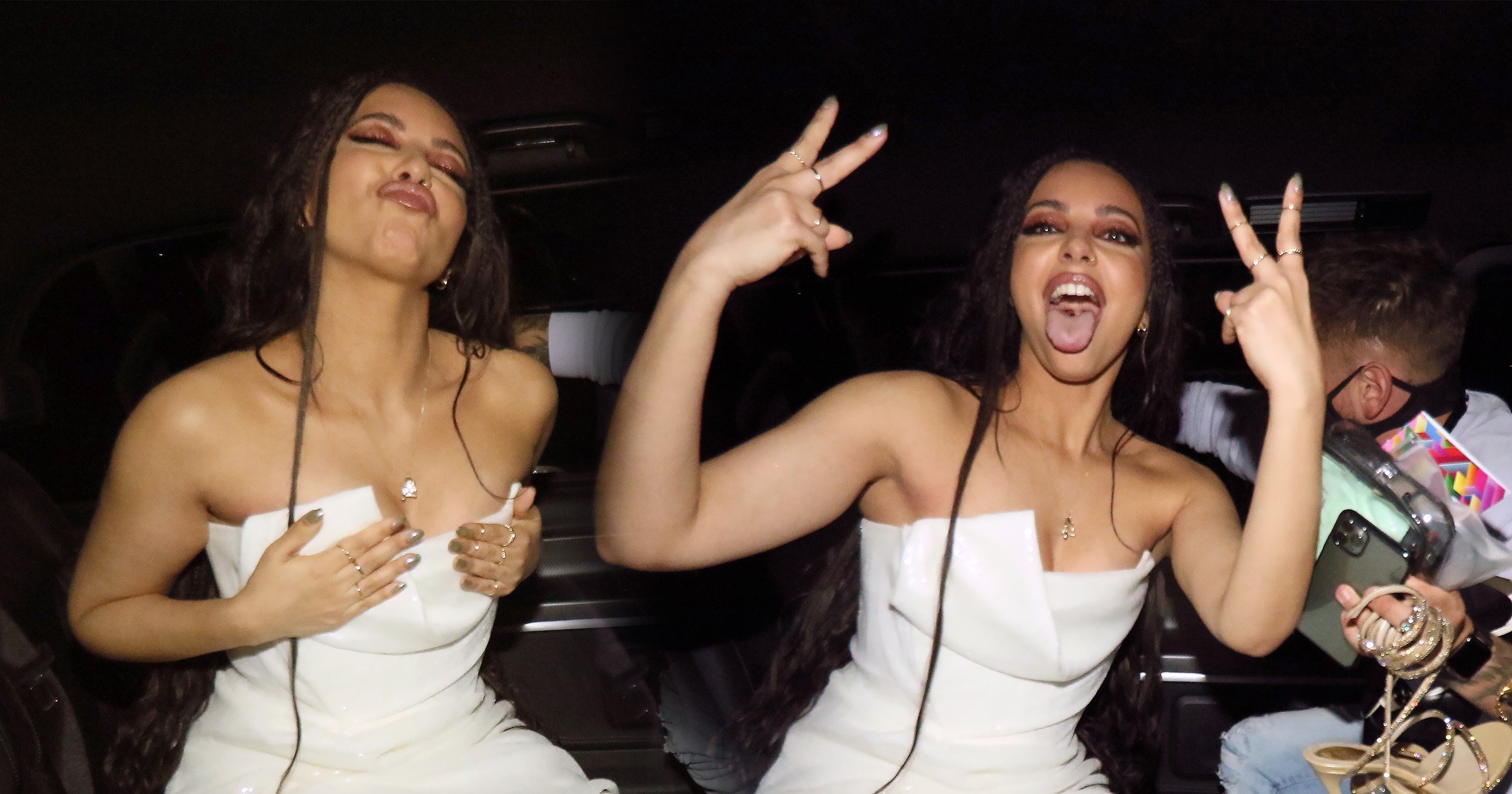 We’ve missed a lot of things during the pandemic – seeing friends, getting our hair cut, sitting inside a pub without losing your bar snacks to the wind.

But it turns out we really missed rowdy celebrities leaving awards shows after a night of hijinks, so thank you Jade Thirlwall for restoring a bit of normalcy to our lives.

Little Mix were celebrating last night after becoming the first ever girl band to win the best British group award at the Brit Awards, but two of the trio couldn’t go too wild, as Leigh-Anne Pinnock and Perrie Edwards are both pregnant.

But you can count on our girl Jade to keep the party going, as while her bandmates cradled their bumps on the ride home, the 28-year-old stuck out her tongue and threw up V-signs at the waiting cameras.

Ah, the Brits – we have missed you.

The Confetti singers bundled into a car after leaving London’s O2 Arena, with lavish record label after-parties not happening this year due to the ongoing pandemic.

It’s unclear if Jade decided to drink for three in lieu of her sober pals, but the Geordie star evoked the spirit of Brits ceremonies gone by by flipping the bird at the cameras and pouting up a storm.

Meanwhile, a male friend held two pairs of heels in his hands, and we’re guessing it was Perrie, 27, and Leigh-Anne, 29, who needed to rest their tootsies.

Fresh from their double pregnancy announcement, Little Mix beat Biffy Clyro, The 1975, Bicep and Young T & Bugsey to take the British group award, and shouted out other girl bands in their emotional speech.

Leigh-Anne said: ‘It’s not easy being a female in the UK pop industry. We’ve seen white male dominance, misogyny, sexism and lack of diversity. We’re proud of how we’ve stuck together, stood our ground, surrounded ourselves with strong women, and are now using our voices more than ever.’

Jade added: ‘The fact that a girl band has never won this award really does speak volumes, so this award isn’t just for us, it’s for the Spice Girls, Sugababes, All Saints, Girls Aloud, all of the incredible female bands. This one’s for you.’

The band also shouted out Jesy Nelson, who left Little Mix after nine years in December to focus on her mental health.

While Jade was forced to carry the weight of Little Mix’s party power herself due to Littler Mix being on board, other celebs made sure to keep the bash going after ITV stopped broadcasting.

Global icon award winner Taylor Swift joined the girls of Haim, who won best international group, for a tipple, with the Cardigan singer sharing a picture to Instagram with the caption: ‘We meet up every Tuesday night for dinner and a glass of wine.’

Meanwhile, Maya Jama celebrated with stars including Lewis Capaldi, Nick Grimshaw and Alex Scott – and Lewis had to be the MVP of the night.

The Scottish singer rocked up to present the final award of the night for British album, and his sweary speech was repeatedly muted despite being aired past the watershed.

While nominees had to sit on separate tables on a very spaced-out O2 floor, the Brits went ahead without masks last night as part of the government’s pilot live events scheme.

Viewers were treated to performances from Dua Lipa, Olly Alexander and Elton John, The Weeknd and Olivia Rodrigo, while artists including Dua, J Hus and Arlo Parks were the big winners of the night.