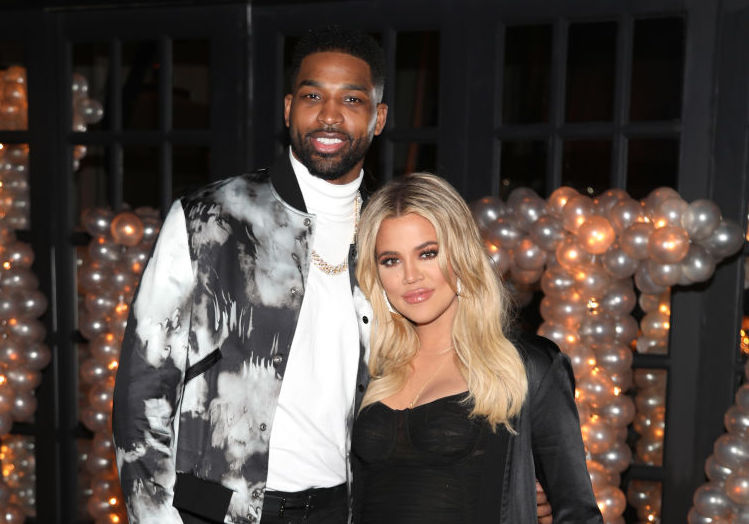 It’s all about True Thompson

A source told People on March 22 that the NBA star decided to stay at Kardashian’s house so he could spend more time with their daughter, True Thompson, who was born on April 12, 2018.

“Tristan has been around and stayed at Khloe’s house for a few days so he could spend time with True,” the source said.

The insider stressed that there’s nothing more going on between the exes, saying: “Khloe and Tristan are not back together. Again, being the best co-parents is their only priority.“

Later, a source told the publication that Thompson was no longer staying at Kardashian’s house but had still been visiting to see her and baby True.

🕊 The only thing I need you to remember is how much your daddy and I love you! 🕊

Khloé Kardashian and Tristan Thompson are really working on their relationship

The exes dealt with a lot during their nearly three-year relationship, most notably Thompson’s cheating scandals.

He was allegedly caught cheating just days before Kardashian gave birth to their daughter and then kissed her friend Jordyn Woods at a party in February 2019, which prompted the reality star to break things off for good. But they’ve been trying their best to put the past behind them and forge a friendship for the sake of their daughter.

“Khloé doesn’t have bad or negative feelings toward Tristan at this point,” an insider told Us Weekly in a March 20 report. “Being quarantined has made her have a soft spot for him, and she knows he will always be part of her life in some way because he is True’s dad. Khloé has been open and receptive toward Tristan.”

The odds of Khloé Kardashian and Tristan Thompson getting back together

Initially, Kardashian seemed to have no interest in getting back with Thompson, who she began dating in mid-2016. An E! News source added in October 2019 that the Good American founder had moved on and put Thompson behind her.

“She doesn’t trust Tristan and doesn’t want to be hurt again,” the insider said in part. “Khloe is fine being single for now and focusing on being a mom to baby True.”

But in January, a source told Hollywood Life that the pair had been talking more, noting that it “seems they’d both like to try to make things work.”

“Khloé and Tristan are taking things extremely slow and just talking more,” the source explained. “They are not at all back together, but are taking small steps to see if they can get there. They are not trying for a baby at all right now. Everything they’re doing is at an extremely slow pace. They’re talking and communicating a lot more and often. It seems they’d both like to try to make things work.”

FBF to one of my favorite days with all of my favorite people… my surprise party 🎉 man, everyone was sooooo good at keeping that secret! Hrush, Jen and Tristan were so calm, cool and collected during glam 👀 I need to watch you sneaks lol That was such an epic night!

Who knows what the future holds for these two but for now, it looks like they’re just friends.

Read more: All the Ways Tristan Thompson Has Tried to Get Khloé Kardashian Back (and Failed)