Home » Celebrities » These Photos of the Wu-Tang: An American Saga Cast Will Make You Wish You Were in Their Crew 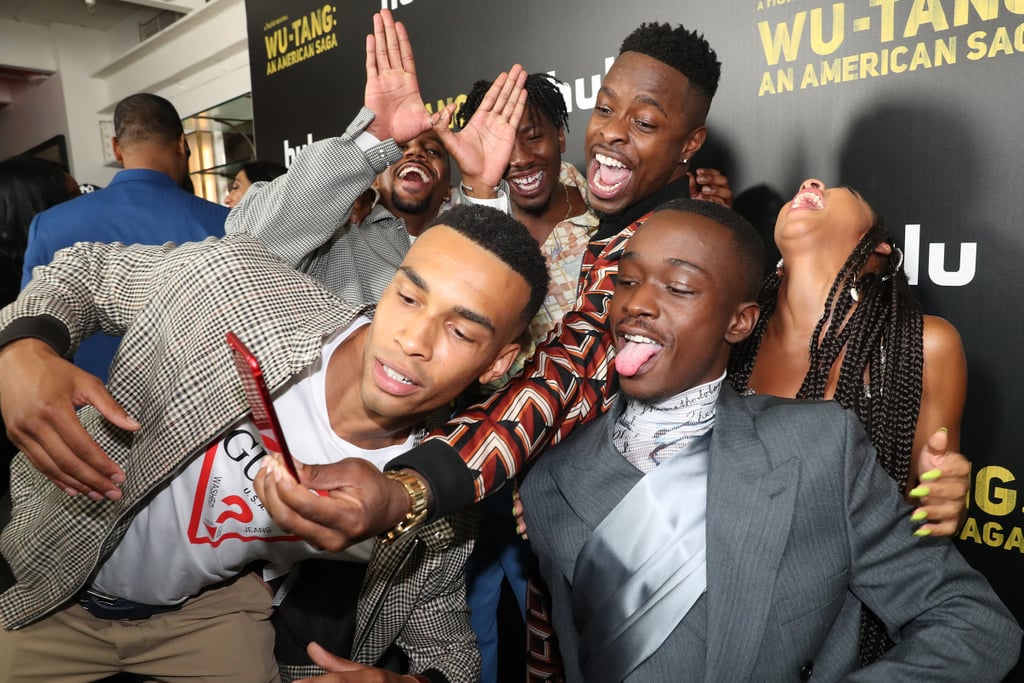 These Photos of the Wu-Tang: An American Saga Cast Will Make You Wish You Were in Their Crew

Tuning into Wu-Tang: An American Saga every Wednesday has me wishing I had a time machine to travel back to the ’90s so I could live through all the nostalgic moments with the clan. Much like the hip-hop group itself, the show’s vibrant cast members are just as close off screen as they are on screen. The young actors who star in the Hulu series — Ashton Sanders (RZA), Shameik Moore (Raekwon), Siddiq Saunderson (Ghostface Killah), Dave East (Method Man), Julian Elijah Martinez (Divine), Marcus Callender (Power), TJ Atoms (Ol’ Dirty Bastard), Johnell Young (GZA), Damani D. Sease (U-God), and Uyoata Udi (Inspectah Deck) — may be emulating their real-life counterparts on the show, but the chemistry we see is very much genuine and sincere.

The cast made a huge splash when the Hulu series first premiered back in 2019, and fans of the show are eager to continue following the story loosely based on the iconic rap collective. While we continue to wait for a third season to be confirmed, we can only hope to see more magic created by this phenomenal cast as this season carries on. Keep reading to see just how tight the cast is, and tell us you don’t wish you were a part of it.

'The Pioneer Woman' Star Ree Drummond's Donut Hole Eyeball Halloween Treats: 'Wait Till You See How Cute These Are'