Jessica Chastain brought the glamour to the red carpet while rocking a stunning pink gown with wavy hair and crimson lips.

The 75th Annual Tony Awards is celebrating achievement in Broadway productions during the 2021–22 season.

The nominations were revealed last month, with Michael R. Jackson’s musical A Strange Loop leading the pack with an impressive 11 nominations, including Best Music, Best Original Score and Best Book of a Musical.

Meanwhile, Michael Jackson jukebox musical MJ The Musical and Paradise Square also dominated with 10 nominations each, while The Legman Trilogy was the most nominated play. 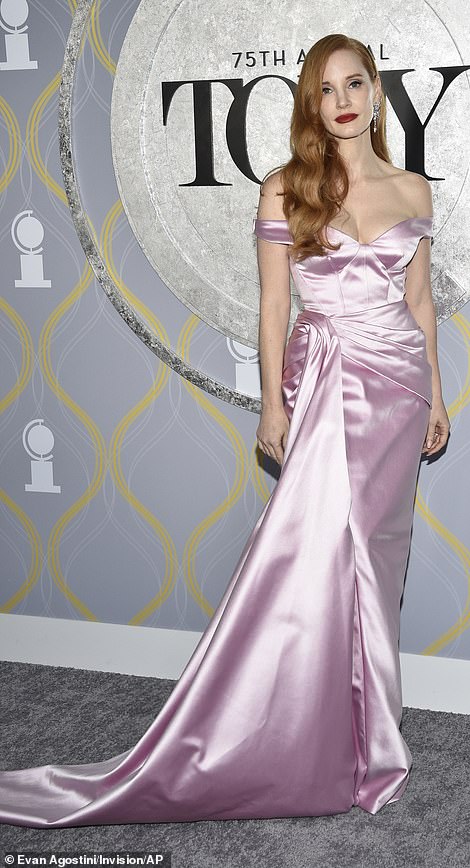 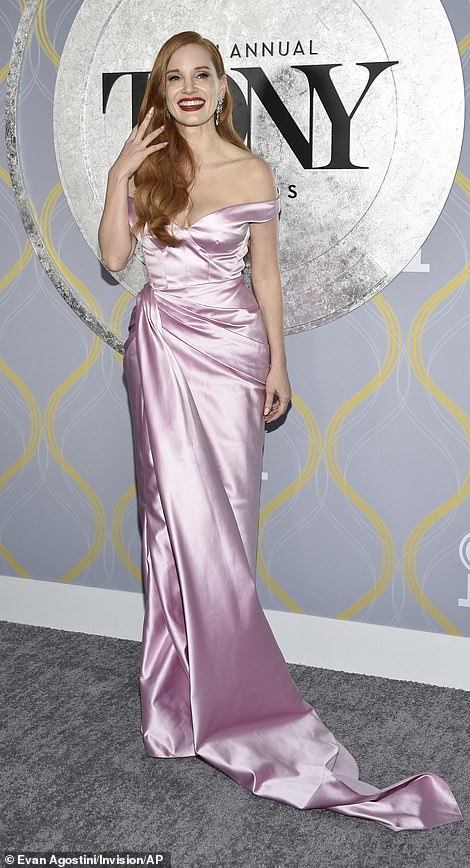 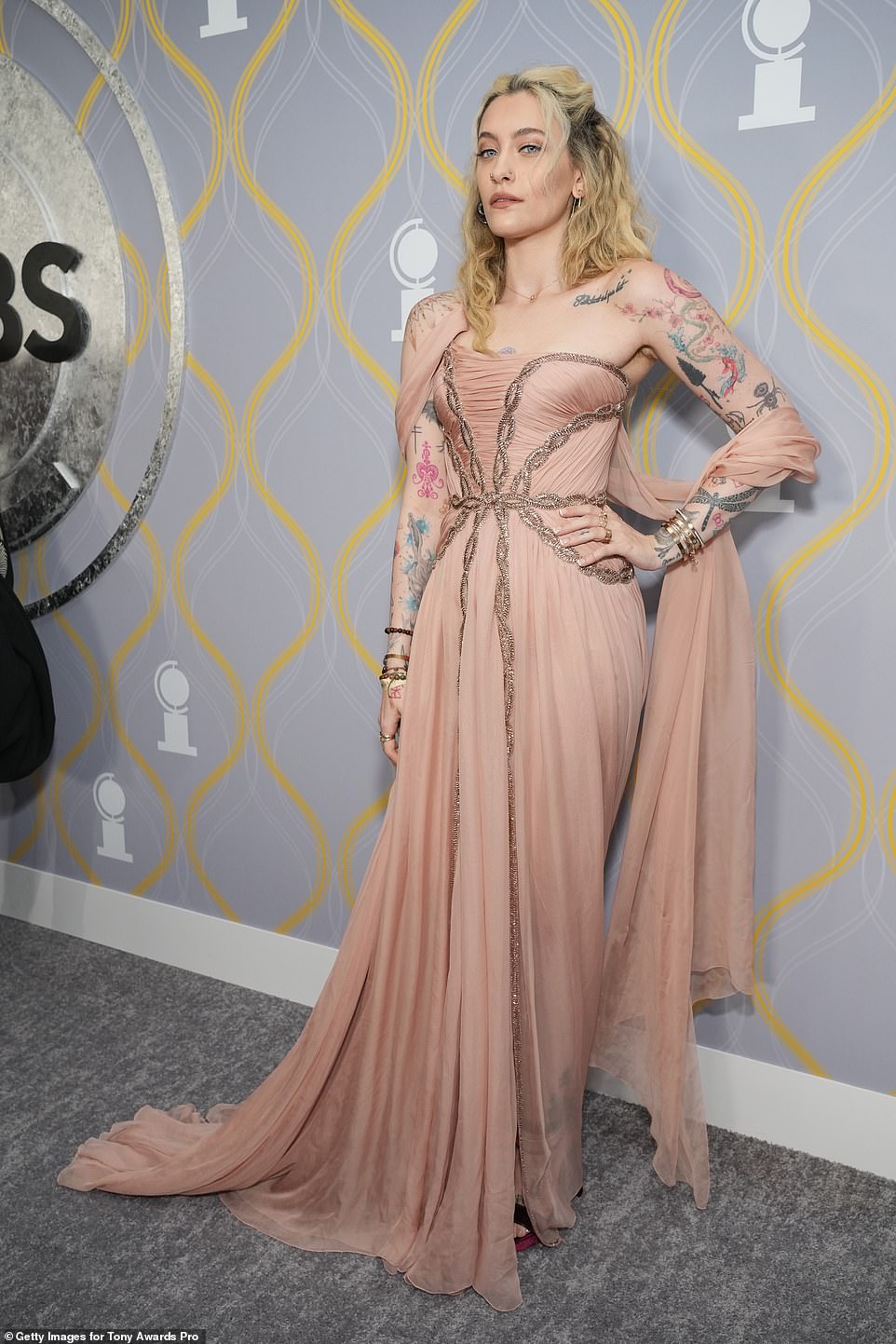 Family first: Paris, 24, posed with her younger brother Prince, 20, on the red carpet 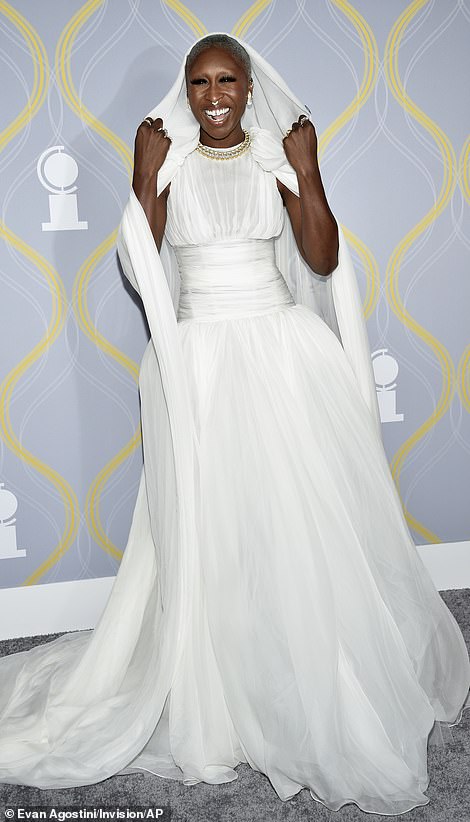 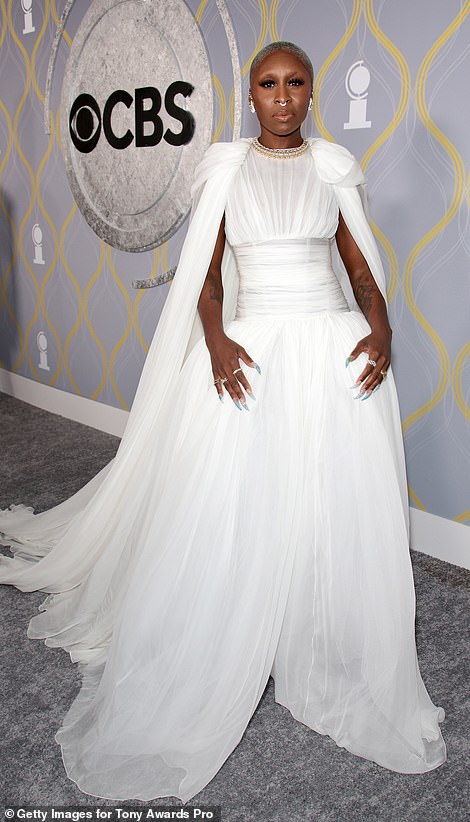 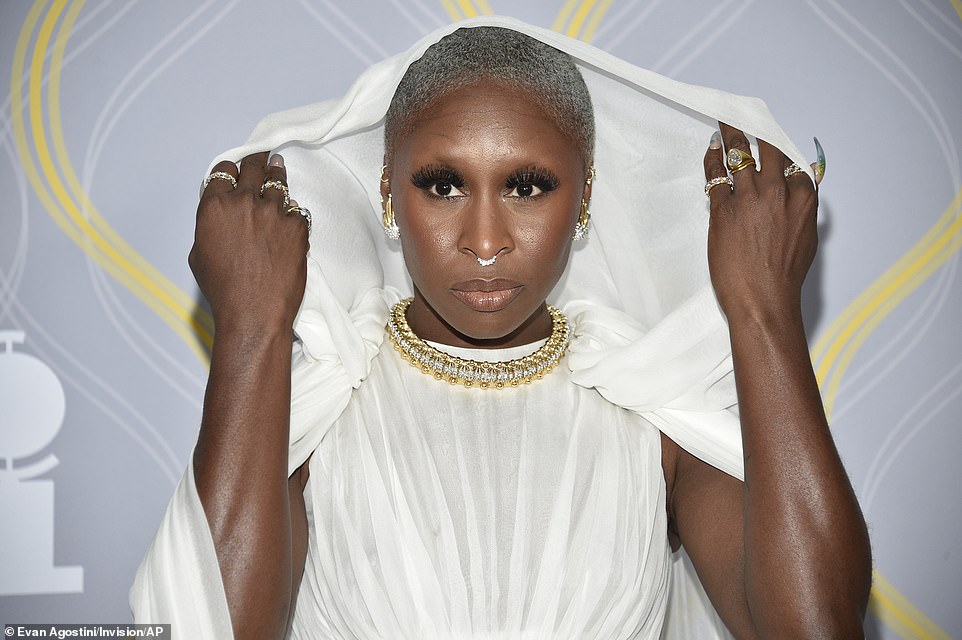 Looking incredible: Ariana wowed in the thigh-slit gown featuring a cut-out detail along her torso

Notably, Daniel Craig’s turn as Macbeth is absent from the nominations list, however, his co-star Ruth Negga has a nod for Best Performance By An Actress in a Leading Role in a Play for her part as Lady Macbeth.

Oscar-winner DeBose called the honor of hosting the prestigious event ‘a dream come true’ when it was announced last month.

In a statement, she said: ‘I’m coming home! I’m so honored to celebrate 75 years of excellence in theatre, but more importantly every member of this community who poured themselves into making sure the lights of Broadway have the opportunity to shine brightly once again!’ 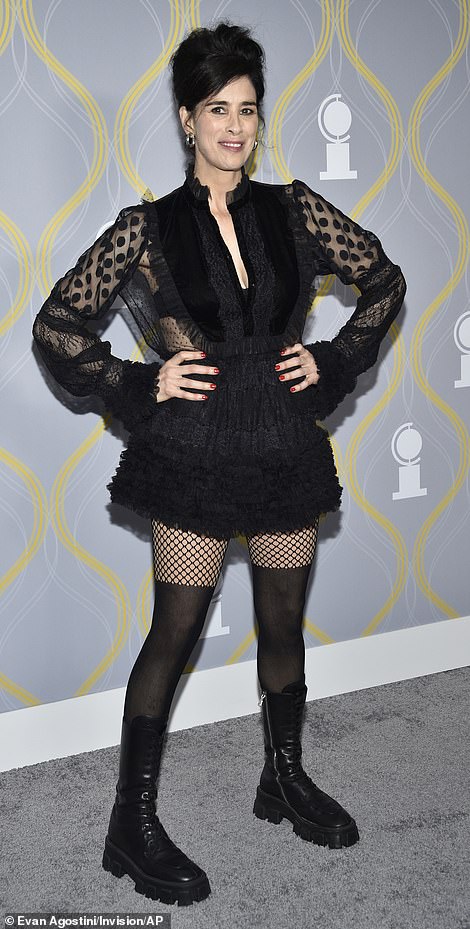 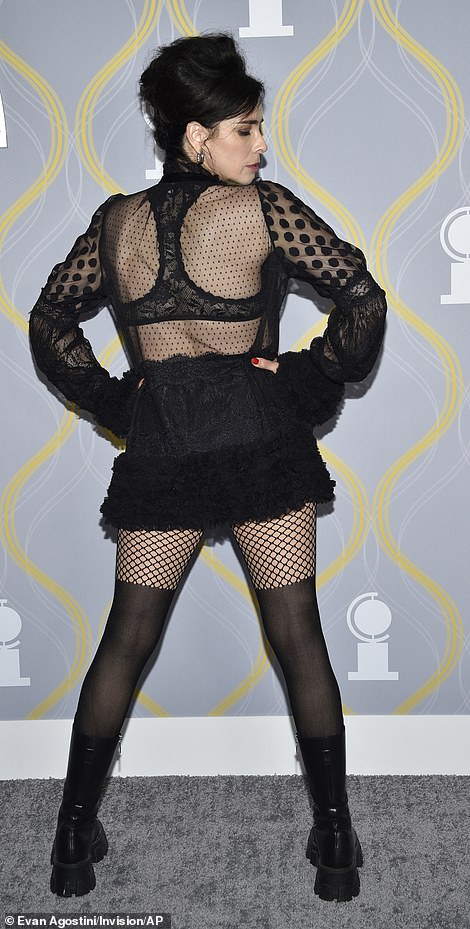 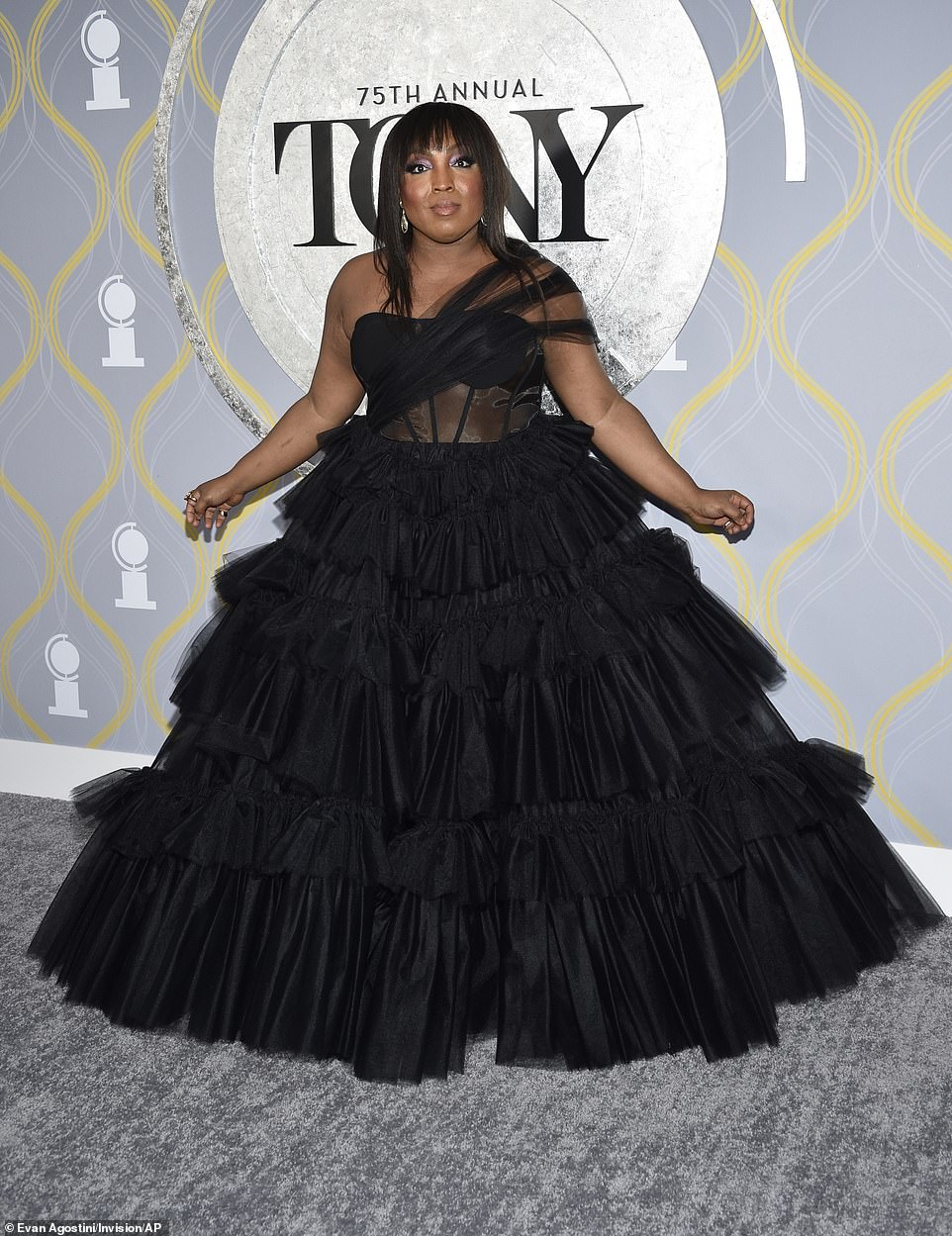 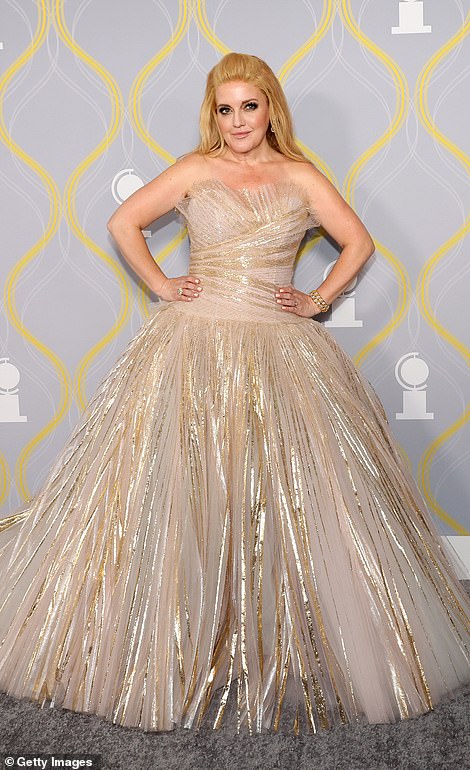 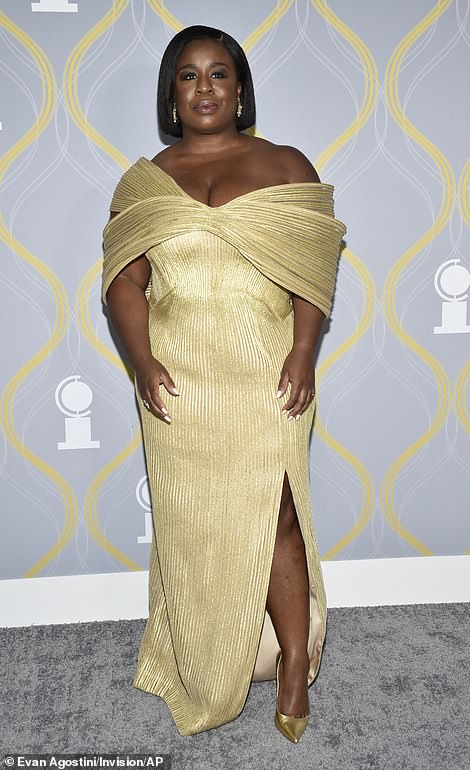 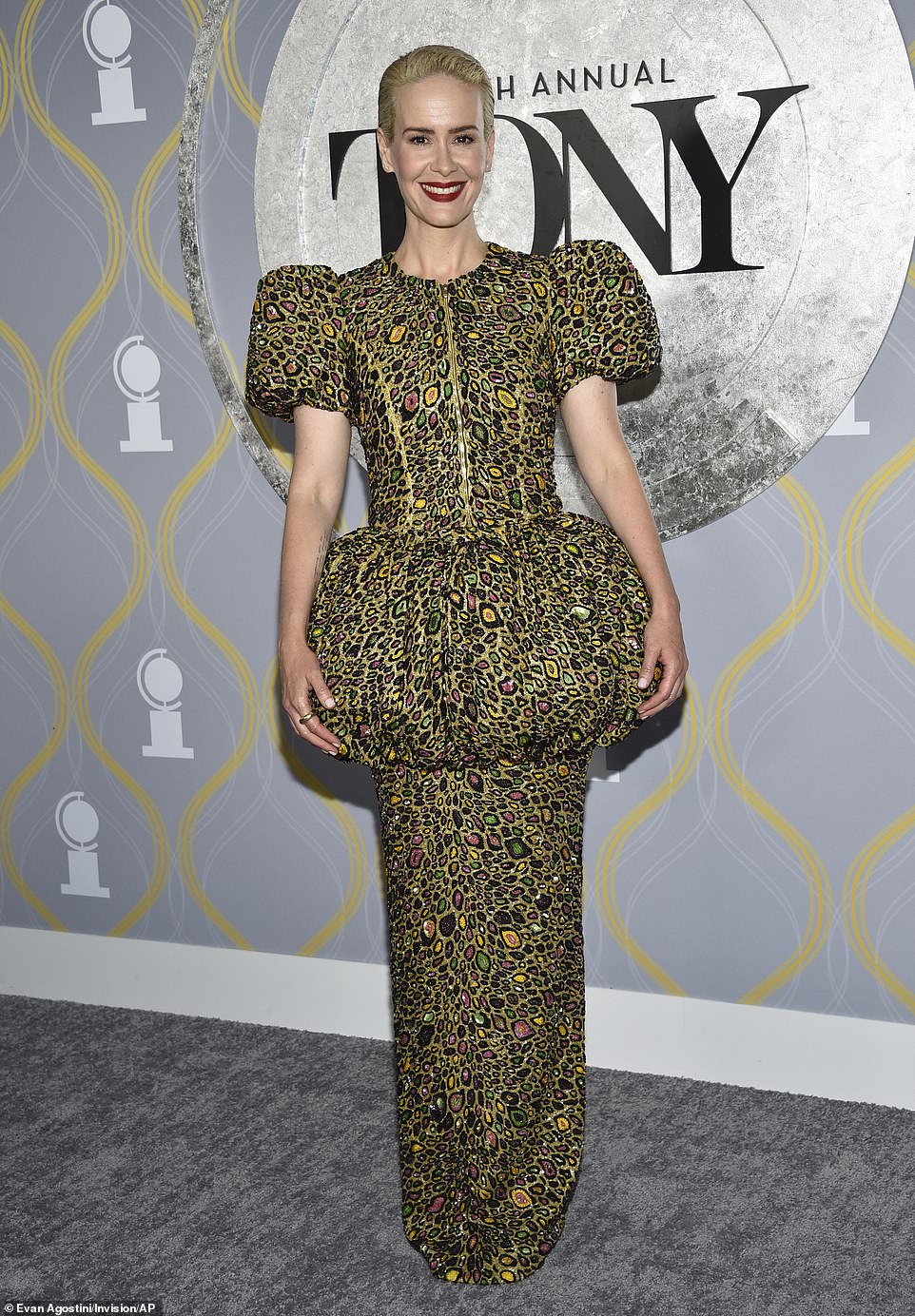 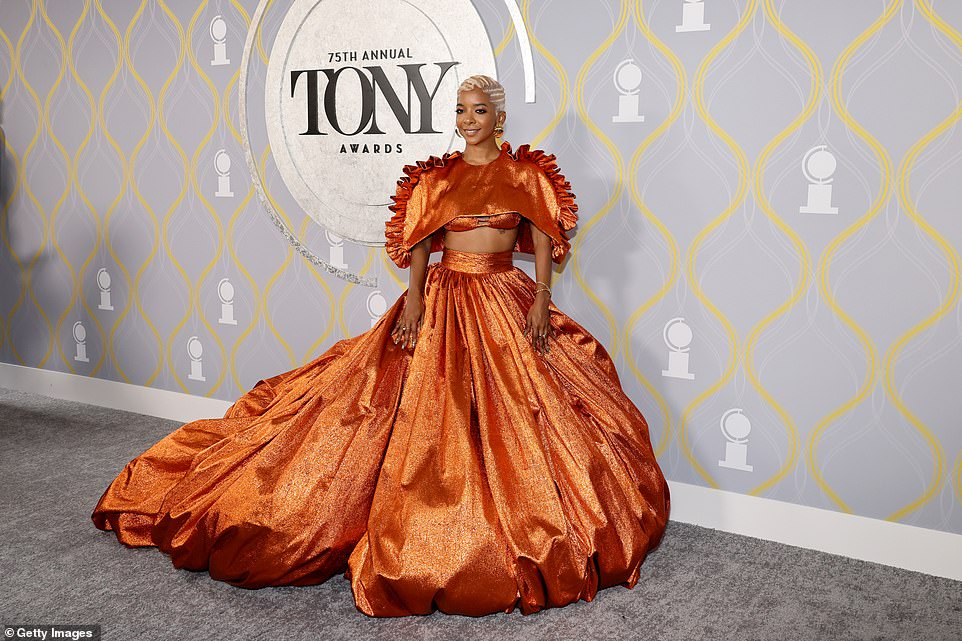 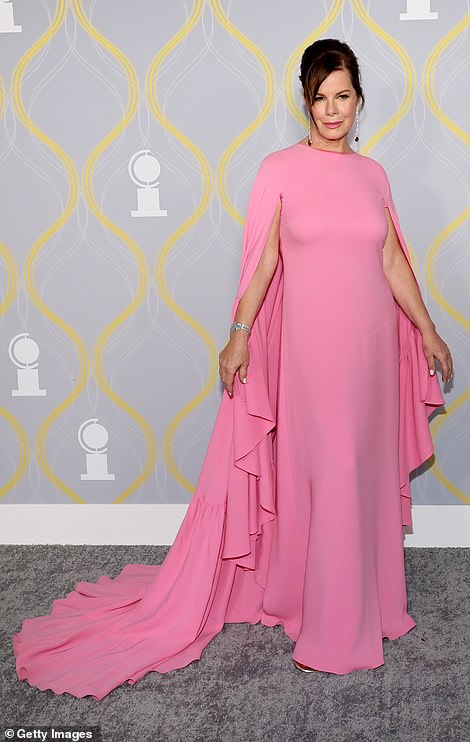 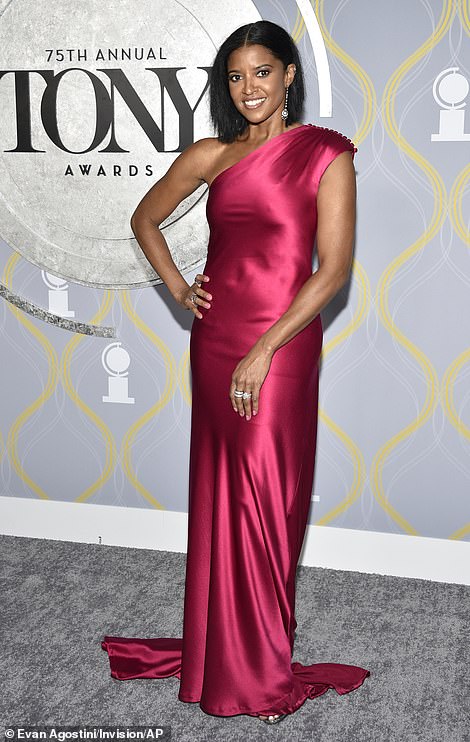 DeBose is best known for her performance in Steven Spielberg’s West Side Story, for which she received Oscar, BAFTA, Critics Choice, and SAG Awards for her star turning role as Anita.

On-stage, DeBose is known for her role as ‘Disco Donna’ in Summer: The Donna Summer Musical, which earned her a 2018 Tony Award nomination for Best Featured Actress in a Musical.

In 2015, DeBose appeared alongside Lin-Manuel Miranda in the musical Hamilton as a member of the original cast in both the Broadway and off-Broadway productions, as well as the Emmy Award winning film version that was later released on Disney+.

After her departure from Hamilton in 2016, DeBose completed a run as ‘Jane’ in the original Broadway cast of A Bronx Tale. 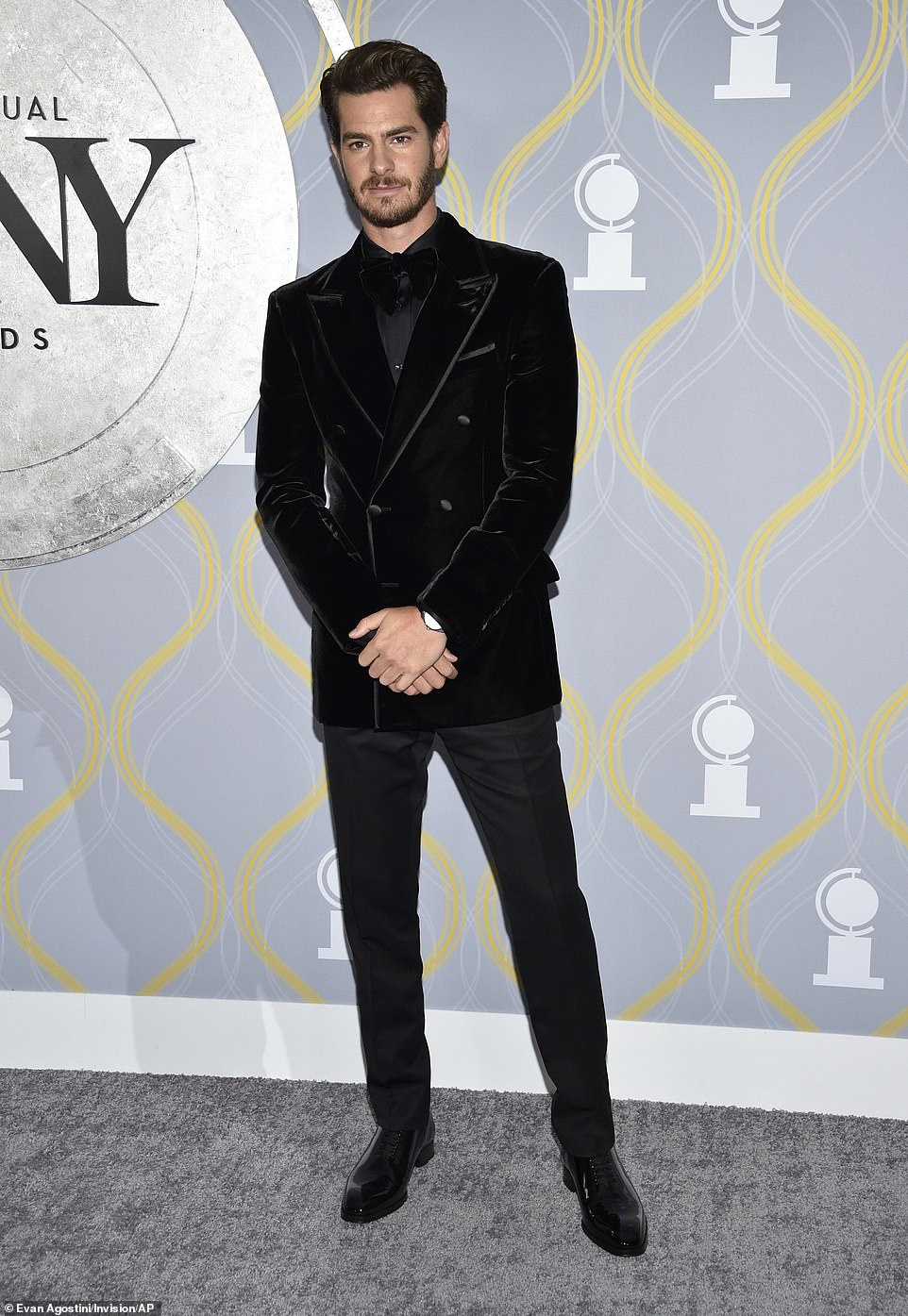 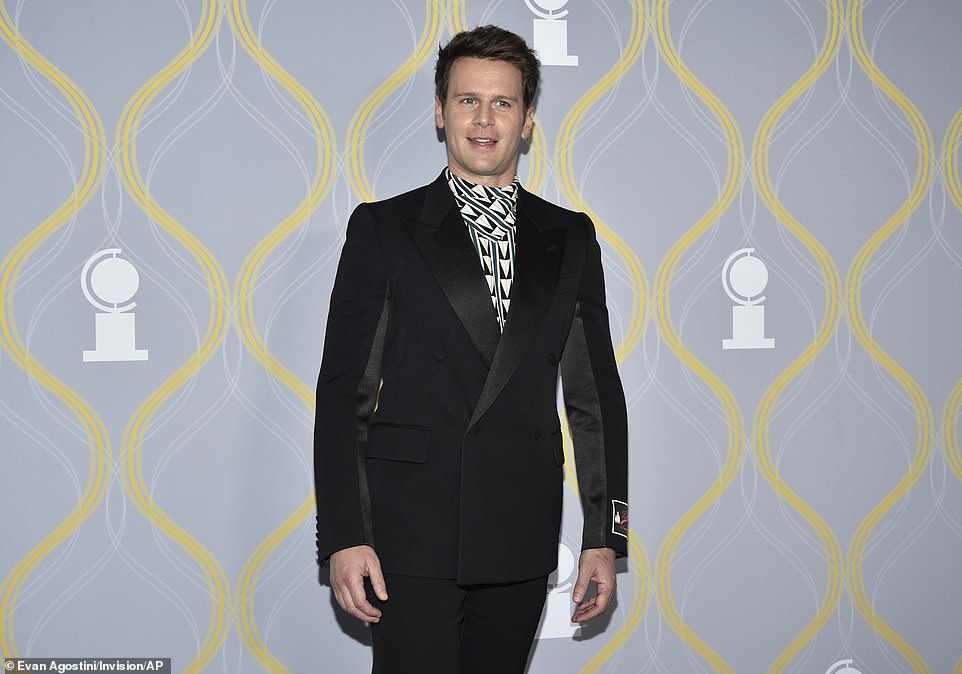 Suited up! Jonathan Groff rocked a geometric printed top with a suit on the red carpet

Her theater credits include: Leading Player in the Tony Award-winning revival of Pippin, ‘Mary Wilson’ in Motown The Musical, ‘Nautica’ in Bring It On: The Musical and ensemble in Stephen Sondheim’s Company.

The Antoinette Perry Award for Excellence in Broadway Theatre, known as the Tony Award, was founded in 1947 by a committee of the American Theatre Wing (ATW) headed by Brock Pemberton.

The award is named after Antoinette Perry, nicknamed Tony, an actress, director, producer and co-founder of the American Theatre Wing, who died in 1946.

The Lehman Trilogy, by Stefano Massini and Ben Power- WINNER

The Minutes, by Tracy Letts

Girl From The North Country

Best Revival of a Play

How I Learned to Drive, by Paula Vogel

Take Me Out – WINNER

Trouble in Mind, by Alice Childress

Best Revival of a Musical

David Morse, How I Learned to Drive

Gabby Beans, The Skin of Our Teeth

Mary-Louise Parker, How I Learned to Drive

Michael Oberholtzer, Take Me Out

Jesse Williams, Take Me Out

Rachel Dratch, POTUS: Or, Behind Every Great Dumbass are Seven Women Trying to Keep Him Alive

Kenita R. Miller, for colored girls who have considered suicide/ when the rainbow is enuf

Julie White, POTUS: Or, Behind Every Great Dumbass are Seven Women Trying to Keep Him Alive

Best Book of a Musical

Best Original Score (Music and/or Lyrics) Written for the Theatre

A Strange Loop, Music and Lyrics by Michael R. Jackson

Best Scenic Design of a Play

Beowulf Boritt, POTUS: Or, Behind Every Great Dumbass are Seven Women Trying to Keep Him Alive

Adam Rigg, The Skin of Our Teeth

Best Scenic Design of a Musical

Best Costume Design of a Play

Montana Levi Blanco, The Skin of Our Teeth – WINNER

Sarafina Bush, for colored girls who have considered suicide/ when the rainbow is enuf

Best Costume Design of a Musical

Best Lighting Design of a Play

Jiyoun Chang, for colored girls who have considered suicide/ when the rainbow is enuf

Yi Zhao, The Skin of Our Teeth

Best Lighting Design of a Musical

Best Sound Design of a Play

Justin Ellington, for colored girls who have considered suicide/ when the rainbow is enuf

Palmer Hefferan, The Skin of Our Teeth

Best Sound Design of a Musical

Best Direction of a Play

Lileana Blain-Cruz, The Skin of Our Teeth

Camille A. Brown, for colored girls who have considered suicide/ when the rainbow is enuf

Best Direction of a Musical

Camille A. Brown, for colored girls who have considered suicide/ when the rainbow is enuf