Robert Peston, 61, spoke with ITV News at Ten presenter Julie Etchingham, 51, about Prime Minister Boris Johnson’s announcement a full public inquiry into the handling of the coronavirus pandemic saying it would start in this session of parliament. Speaking at length about the issue, the political correspondent cheekily swore during the live broadcast.

It comes after Robert spoke with Ruth Davidson on his self-titled show Peston where the pair spoke about the plan to have voters provide photo ID for future general elections which has proven controversial.

Addressing the public inquiry into the pandemic, newsreader Julie quizzed the journalist on his thoughts.

During their discussion, the political editor took the opportunity to share the former leader of the Scottish Conservatives’ comments.

Robert said: “And one final thing. On my show – I just want to slip this in – Ruth Davidson, the senior Tory from Scotland said of this ID policy – you’ve got to show an ID card before voting. 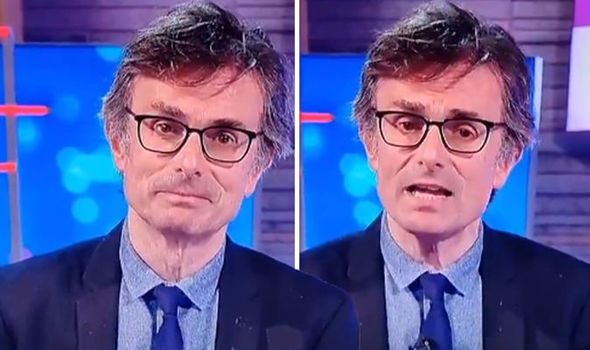 Newsreader Julie thanked Robert for his commentary as she moved the discussion.

However, the on-air remark caught the attention of viewers who took to social media.

One person commented: “Well that made me stop and listen. Robert Peston just said “total b*****ks” on @itvnewsat 10. I beg your pardon?”

‘One World: Together At Home’ Concert Drew Nearly 21 Million Viewers