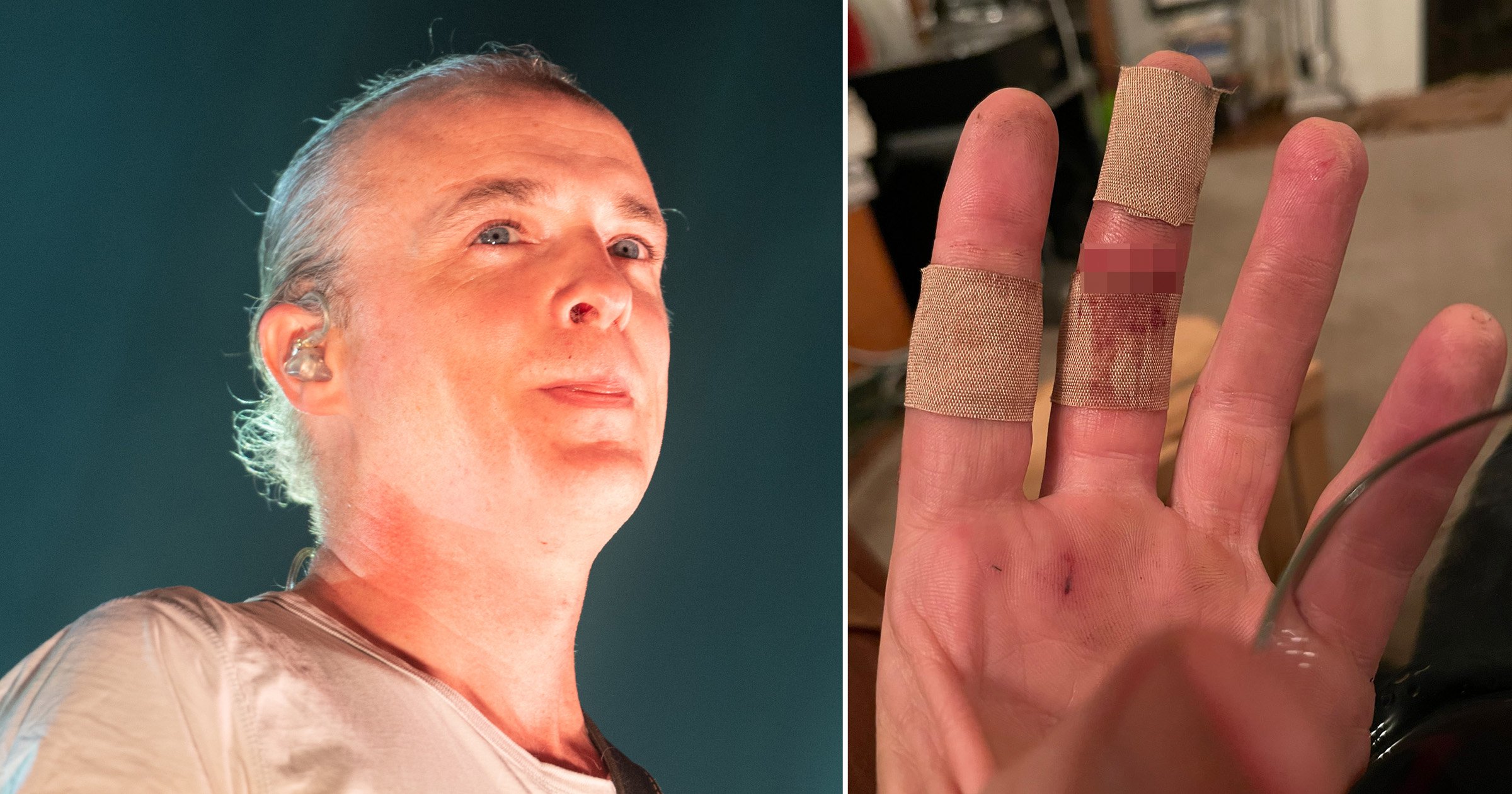 Fran Healy has revealed he was ‘mauled’ by a sausage dog after attempting to save it after a traffic accident.

The Travis singer, 48, took to Twitter to describe what had happened – and how his heroics had backfired on him somewhat.

He wrote: ‘I was driving down my hill and as I rounded a corner there were 3 cars jackknifed and from the middle of the chaos ran a daschund.

‘So I jumped out and chased it up the hill. Cars bomb down our hill and it would have been toast. So I tried to pick it up and it mauled the s**t out my left hand.

‘I held on, hoping to chuck it into our porch but then I slipped and it bolted off, leaving me pishing blood all over the shop. So much blood.’

Fran, who lives in Los Angeles, revealed his neighbours were on hand to assist as he tried to clean the wound, adding: ‘Then all the neighbours came out and one of them called an ambulance. I ran into the house and poured alcohol over the wounds…

‘Then I came out but it wasn’t an ambulance… it was a massive fire engine… and I have to say, 5 Calvin Klein models got out and then I’m telling them about the daschund and they suggested urgent care…

‘By this time there was about 20 cars waiting to pass, I’m pishing blood (by the way ladies and some boys… I totally now get the fireman thing).’

Fran, who’s best known for hits like Why Does It Always Rain On Me and Sing, shared photos of his fingers with puncture wounds on them, adding: ‘Anyways I drove to Urgent Care on Selma and they cleaned me up good and now I’m here and my finger is patched up and bl**dy sore.’

He reassured fans that the dog had also survived, continuing: ‘The dog… is fine. Was cornered at the bottom of the hill and the owner, who lives in Stevie Nicks old house (pop pickers), was reunited.’

He then joked that the headline should not read ‘Travis Singer Mauled by Sausage Dog in Hollywood Hills’.

‘Being The Ricardos’: What Is the ‘I Love Lucy’ Movie About?

Celine Dion On A Scooter, That's It, That's The Post