Home » Celebrities » 'Unplanned' filmmakers on Twitter banning the movie's account: 'They identified us with a conservative issue' 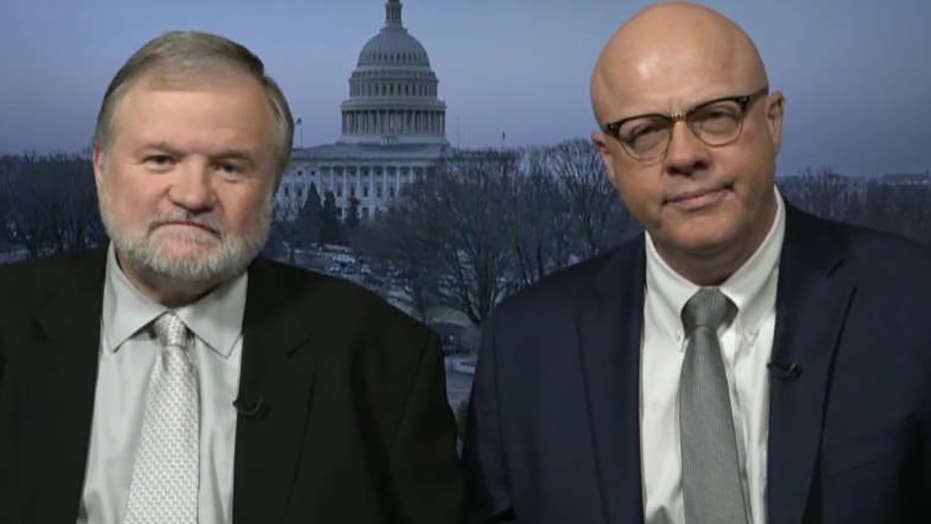 Lawmakers press social media execs on the censorship of conservative speech, like the recent Twitter suspension of the pro-life movie ‘Unplanned.’

Directors of the anti-abortion film “Unplanned” believe Twitter banned the film's account over its conservative message after the social media giant blamed its brief suspension of the movie's account on an error last month.

The film is based on the memoir of the same name by author Abby Johnson and tells the story behind the real-life woman who was the clinic director of a Planned Parenthood only to later change her thinking and become a pro-life advocate.

“[Twitter] closed us down on opening night, which, considering we had the account for nine months, was quite unusual,” Solomon told "Fox & Friends" host Steve Doocy. “It just so happens that happens on opening night which, for a movie, is the most important night of the whole run.”

Konzelman added that he doesn’t think the tech company gave an adequate reason as to why it shut down the “Unplanned” account in the first place saying that he believes its anti-abortion message was to blame.

“Well, we are completely blocked at every turn. I mean, our primary difficulty was with Google, who refused to take any of the advertising for our film. All of our banner ads up until our date of release were refused,” Konzelman said. “Basically, they identified us with a conservative issue, which is the pro-life side of the abortion issue. They said, ‘your marketing is related to abortion.’ We said, ‘no it's not. It's a film.’ And they still refused us.”

Twitter told Fox News Thursday that the page was not directly targeted but was erroneously caught in its automated system.

“When an account violates the Twitter Rules, the system looks for linked accounts to mitigate things like ban evasion,” the spokesperson told us. “In this case, the account was mistakenly caught in our automated systems for ban evasion.”

Konzelman testified at a free speech hearing in D.C. Wednesday in which lawmakers grilled tech giants about their treatment of conservatives and anti-abortion activists.

He continued: “Our standpoint is, if you are conservative, why do you have to jump over hurdles to be heard? Why are those presumptive obstacles put in your path to start off with? We shouldn't have to defend our right to speak.”

When asked by Doocy what Solomon would say to Democrats who say that conservative complaints of social media bias aren’t real, Solomon said he understands the impulse.

“If I was a Democrat, I would say the same thing,” he said. “I mean, this is a freedom of speech issue. Not only that, they are preventing commerce. We have investors, people who want to make the movies. And our business is being impeded by these social media conglomerates.”

The creative duo claimed that Netflix “has no appetite” for the film and that Amazon Prime will likely pass on it as well in favor of a pro-abortion film.

Representatives for Netflix and Amazon Prime did not immediately respond to Fox News’ requests for comment.