Alesha Dixon, 41, hosted the BBC1 show The Greatest Dancer alongside Ashley Banjo tonight. The stunning star made sure to stand out in a neon yellow jacket that showed off her long toned legs to perfection.

In fact, Alesha appeared to be wearing the jacket – and only the jacket.

However, closer inspection showed Alesha had opted for a simple black dress underneath the oversized garment.

Adding to the barely there look of the outfit was Alesha’s shoes, which were a pink metallic strappy design.

Alesha teamed these with matching oversized hoop earrings and a chainlink necklace. 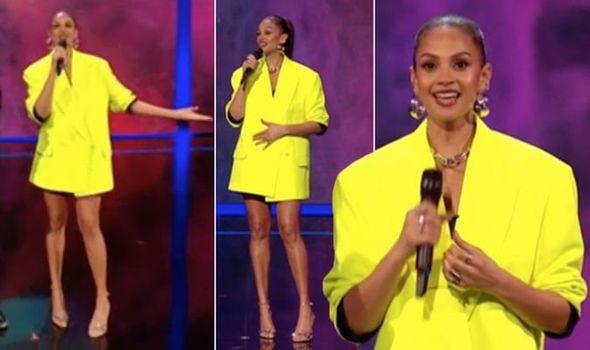 Knowing that her neon yellow jacket would do all the talking, Alesha kept her hair simple, wearing it in a slicked up ponytail.

Alesha has focused on her legs throughout the series this year, wearing a number of leggy outfits.

One wrote: “Why is Alesha Dixon dressed as a highlighter? #GreatestDancer”.

Another questioned: “Why is Alesha Dixon dressed as a lollipop lady? #TheGreatestDancer”.

However many were quick to point out how amazing it is that Alesha has recently given birth, and is back at work already.

A Twitter fan said: “Alesha Dixon had a baby this week and is back hosting a prime time tv show. I hoovered after a C section and got b******d by my entire family.” 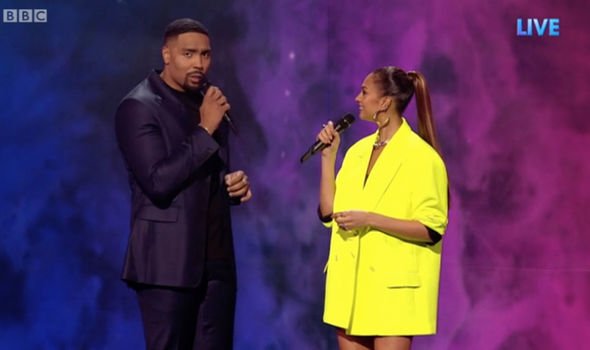 Alesha was not the only woman on The Greatest Dancer tonight to comman attention.

Judge Oti Mabuse may not have chosen highlighter yellow – but she still made sure all eyes were on her with her outfit choice.

The professional dancer wore a sheer all in one bodysuit tonight.

Her outfit left little to the imagination – much to the delight of fans.

She joined the three other judges to perform in a group dance at the start of the show, showing off her tight animal print look.

Tonight is the first live show of the series for The Greatest Dancer, with the winner announced in the coming weeks.

The victor will make an appearance in a group number in the next series of Strictly Come Dancing as well as walking away with £50,000.

Why Does Elite World Modeling Need a Fashion Brand?

“Euphoria”-Inspired Fashion Will Be Everywhere This Festival Season