Home » Fashion » Are you a ‘good person’ or an ‘absolute savage’? This is the ultimate quiz to find out but you HAVE to be honest

A VIRAL test claiming to determine whether you’re a good or bad person is dividing the internet.

Taking to Twitter Jared, from Atlanta, shared the challenge which asks whether you would return a shopping trolley if no one was watching. 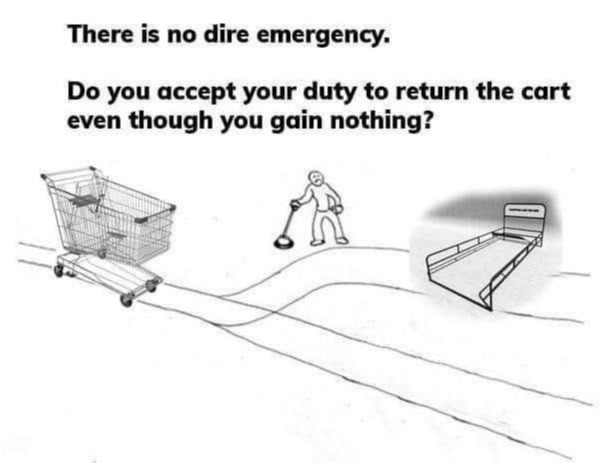 The test points out that only a “dire emergency” would prevent a shopper from returning a cart, but there are no consequences for those who don’t.

Therefore those who do choose to return to take it back are seen as “doing the right thing.”

Meanwhile, “a person who is unable to do this is no better than an animal, an absolute savage who can only be made to do what is right by threatening them with a law and the force that stands behind it.”

Jared’s tweet has since gone viral receiving over 683,000 likes and causing division across the board. 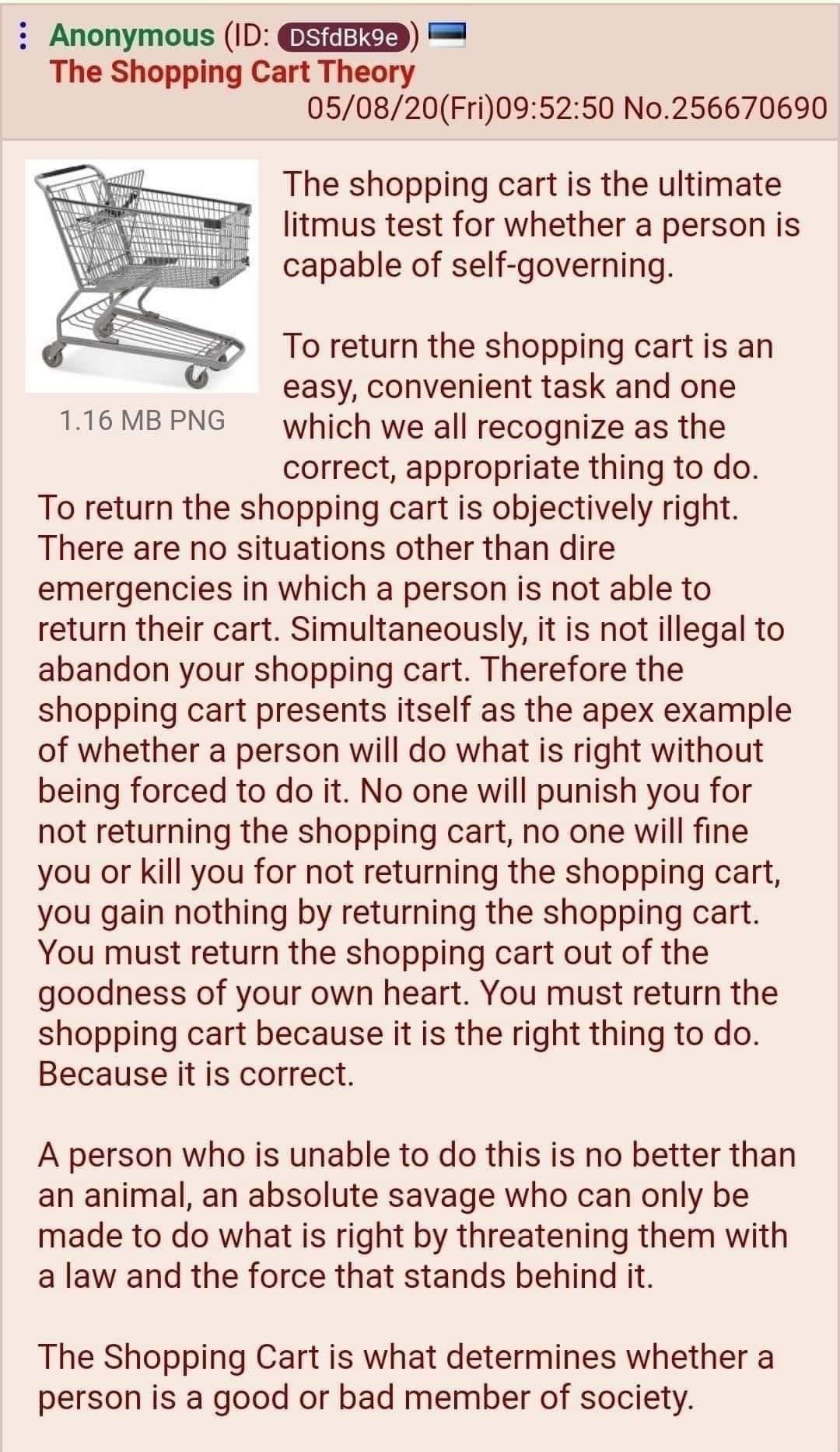 While some agreed that only “lazy” “jerks” wouldn’t return their trolleys, others said there are extenuating circumstances.

Responding to the tweet one wrote: “A good reason not to return it is if you are alone, with young children, and you are too far from the return to leave your kids alone in the car.”

Another pointed out: “It's a s**** theory, ignoring disabled people and others who may not be able to return a trolley, putting them in a "extreme emergency" vs "not even human" comparison.”

Supermarket workers were also quick to weigh in, complaining about customers who left them to return the carts.

One said: “Some of y’all have never gotten cart duty working retail when it’s pitch black, icy, and freezing cold at closing and it shows.”

Another agreed adding: “Or blazing hot in the summer and the metal of the carts is ready to scorch off any skin that it comes in contact with.”

In other news, this restaurant bill brainteaser to find the "missing pound" is baffling the internet.

And this Mrs Hinch fan divided the internet after admitting that her fiance got her a mop for her birthday.

Plus the internet was left divided over the correct way to draw an X.