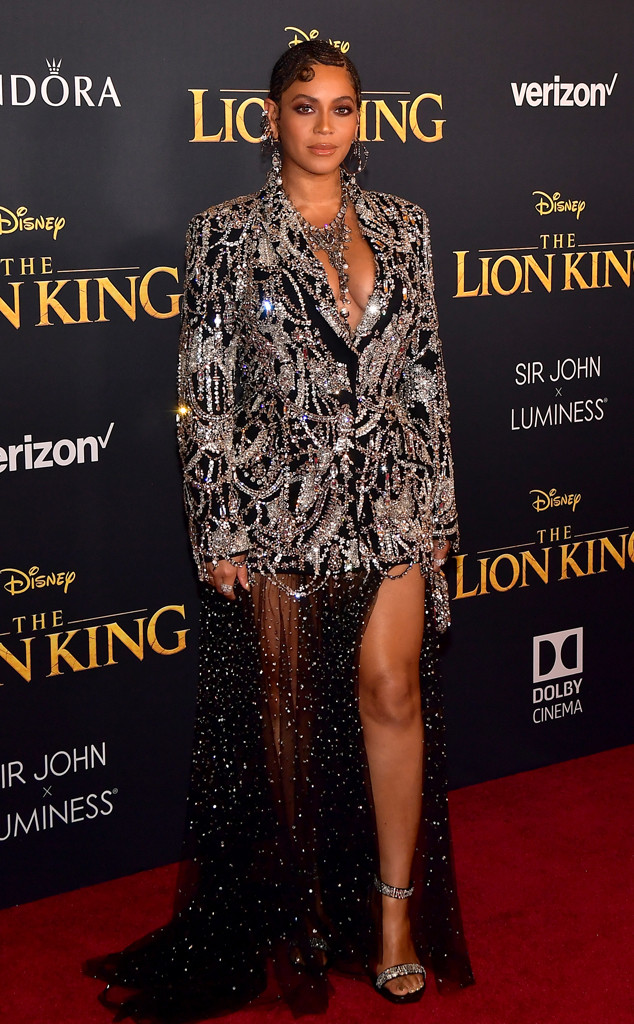 Beyoncé has arrived to the world premiere of The Lion King, which means everyone can step “to the left, to the left.”

The superstar singer, who voices the role of Nala in Disney’s highly-anticipated “live-action” remake, hit the red carpet with her little mini-me Blue Ivy Carter. The two wore head-turning ensembles that looked fierce and fabulous. Not that we’d expect anything less from Mrs. Carter and her daughter.

From the enchanting silver and black custom design by Alexander McQueen to the multitude of diamond-encrusted pieces decorated throughout both of their blazer gowns, it’s safe to say the mother-daughter duo donned fiery outfits that roared loud on the red carpet.

Completing Bey’s lewk, she paired her dazzling number with jewel-adorned heels, Lorraine Schwartz jewelry pieces and a glitzy clutch. She was styled by Zerina Akers. As for her beauty look? Her makeup artist, Rokael kept things snatchural (aka snatched and natural) with nude glossy lipstick, a dramatic smoky eye and luminous skin.

Kim Kimble is the mastermind behind the brunette beauty’s cornrows. 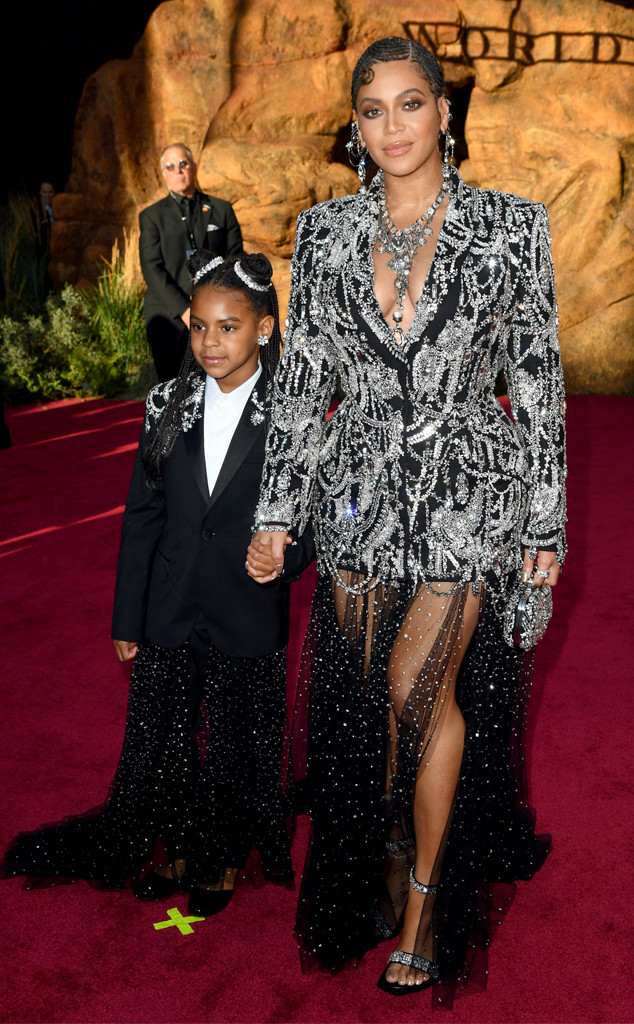 Along with Queen Bey’s stunning beauty look and ensemble, her 7-year-old daughter also dressed to the nines for the star-studded event. She wore an equally mesmerizing gown that featured a sparkling black tulle hem and a matching jewel-adorned blazer top. Her hair was styled in braids, that she accessorized with jaw-dropping hair pieces.

It’s safe to say, the two were most certainly twinning on the red carpet!

The 37-year-old star and her daughter were joined by co-stars, Donald Glover, Billy Eichner, Seth Rogen and more. Plus, the Lemonade singer’s former Destiny’s Child members also stepped out for the movie’s premiere, Michelle Williams and Kelly Rowland.