THE BOUQUET toss is an exciting moment at every wedding.

But one set of wedding guests got a little too excited when they shoved an elderly woman out of the way to grab the bunch of flowers. 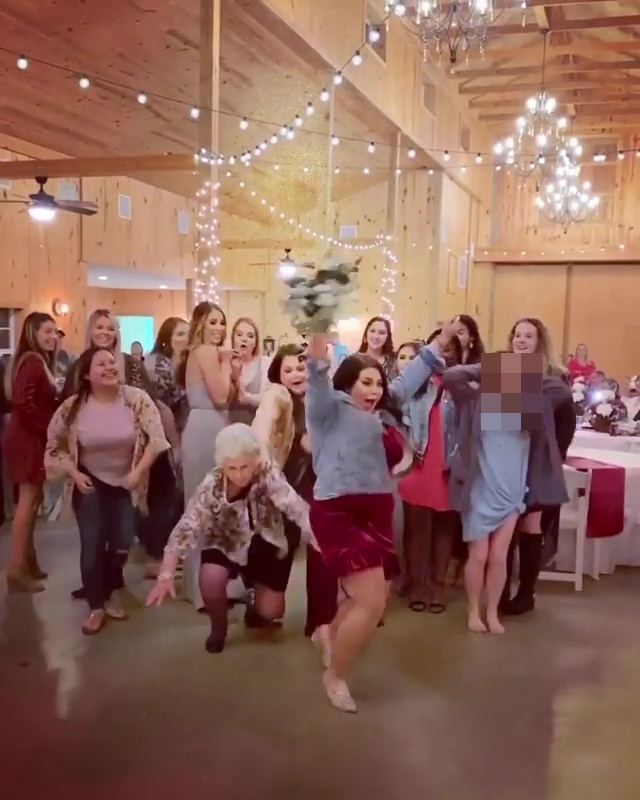 A video of the scene was posted on Reddit where others users were horrified at how the lady was treated.

In the clip, four women jump forward to catch the bouquet and in the process, an elderly guest is pushed over.

Most of the women rush to help the lady as she falls to the ground.

Although the guest who swiped the bouquet seems completely unaware as she celebrates her win. 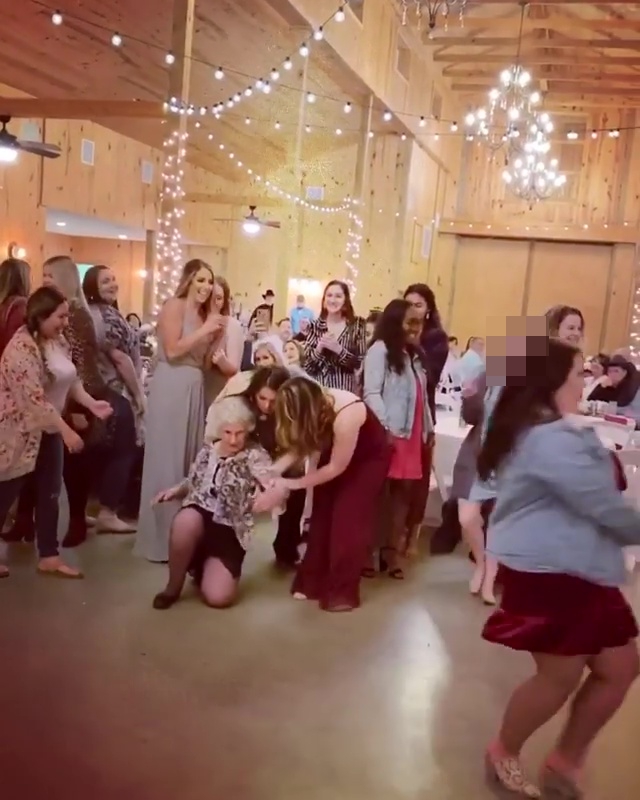 Other Reddit users were shocked, with one commenting: "The girl in the pants seem to definitely swat it instead of catching it which made everything get a bit more violent.

"This grandma could have done well at my tossing, everyone ran away from it lol. These girls were out for blood though."

While another said: "Looks like the woman behind the older lady knocked her down, not the one that caught it ."

Others agreed it was purely an accident, however, while some said they were more shocked that a guest was wearing jeans to a wedding.

What do you think?

In other wedding news, we told you how one bride-to-be showed off her engagement ring but it leaves people gagging in disgust.

We also revealed one bride was cruelly mocked for ‘lingerie’ wedding dress which makes her boobs look like ‘empty socks’.

And we showed you how a bride was savaged for her skin-tight wedding dress which is so short you can almost see her bum.