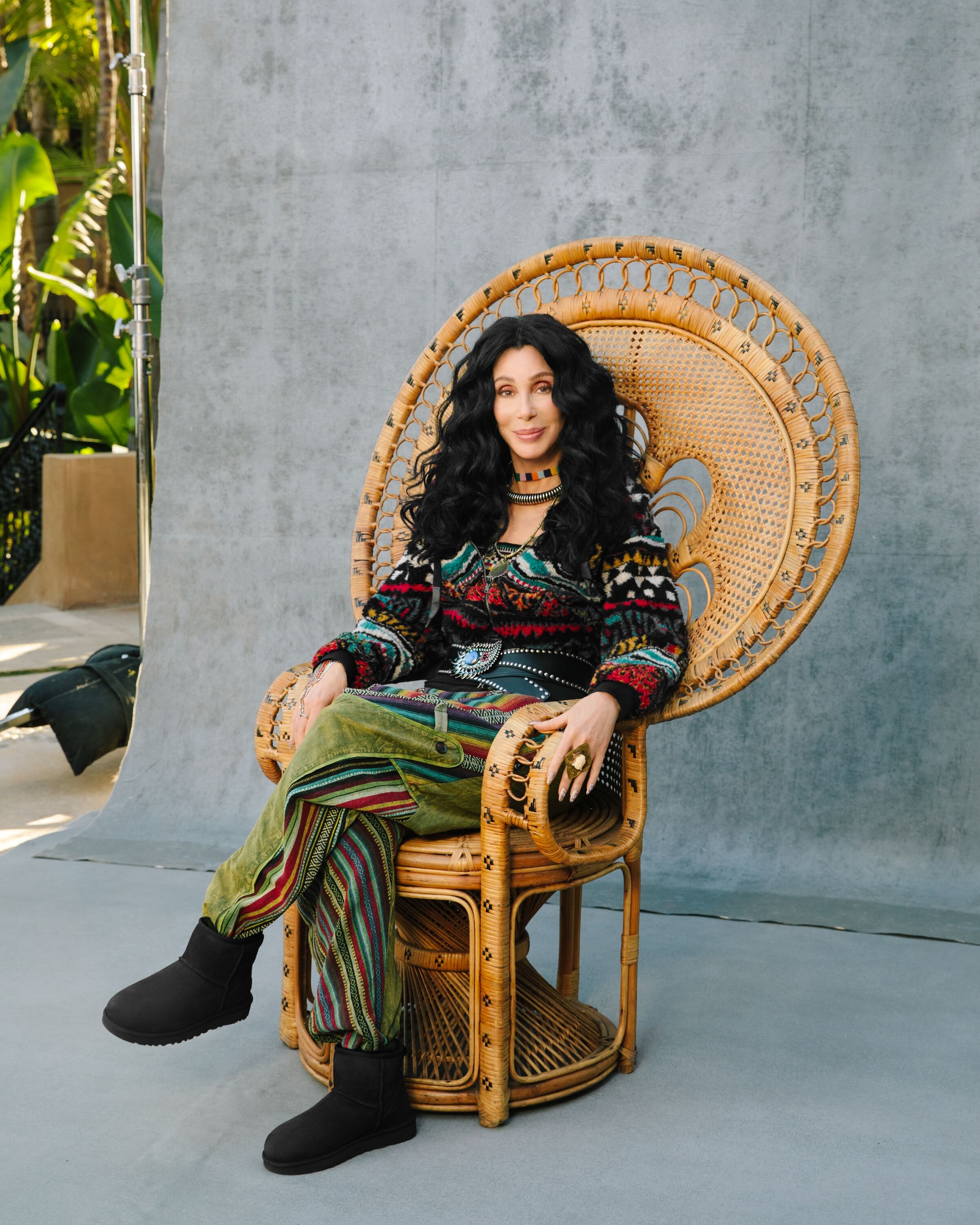 Just four days into the new year, brands are already rolling out star-studded campaigns for spring 2022. Take Cher’s turn in an Ugg advert: the actress, musician, and Twitter icon stepped into a pair of fuzzy black mini boots on the very same day that her campaign with Saweetie for MAC cosmetics dropped. The ads to come this season will surely keep us guessing on who will turn up as a surprise model next—and we’re keeping track of them all, here.

Burberry has taken its signature TB Monogram print—a nod to the British house’s founder, Thomas Burberry—and remixed it in celebration of the upcoming Lunar New Year. The collection, inspired by the year of the tiger, features all-over tiger prints mixed with the interlocking T and B on sweater and skirt two-piece sets, pussy-bow blouses, and even baseball caps.

On the very same day that Cher’s MAC campaign with Saweetie released, the actress, musician, and Twitter favorite unveiled a second ad with Ugg. Titled “Feel ____,” the campaign is part of an ongoing brand series that will feature other cultural leaders and pop-culture icons in advertisements to come. For spring 2022, it’s Cher—who was photographed in Cher’s own Malibu home by L.A.-based photographer Neil Favila.

Woman, 37, reveals her husband shot down her plans to dye her hair plum saying she’s too old and ‘had her time’

Cardi B Gives Us Metallic Reeboks in 5 Different Colorways