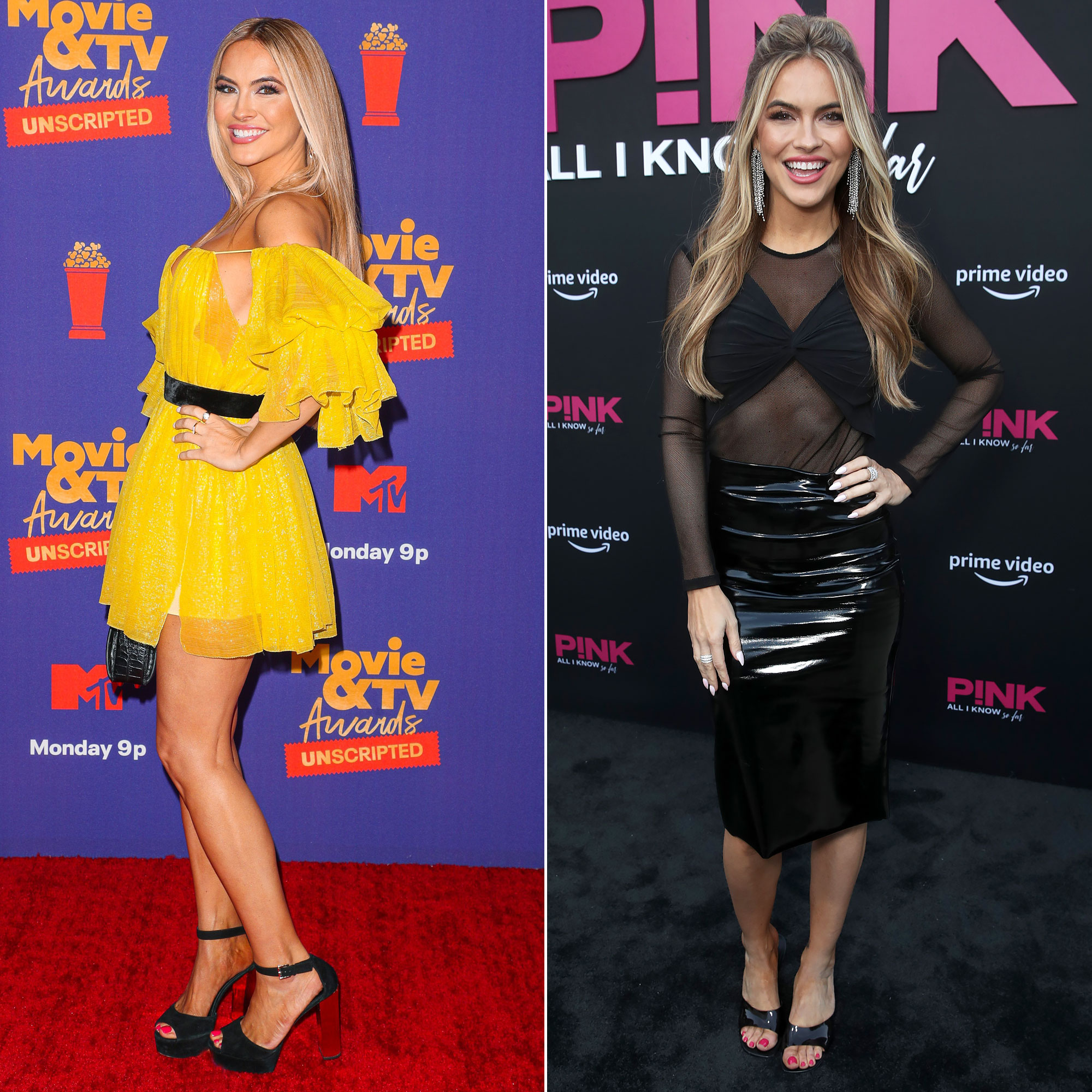 Busy bee! Chrishell Stause made a fashion statement at the 2021 MTV Movie & TV Awards: Unscripted red carpet and PINK: All I Know So Far premiere on Monday, May 17.

Chrishell Stause’s Evolution: From Soap Star to ‘Selling Sunset’ and Beyond

The 39-year-old reality star took to Instagram to show off both of her gorgeous looks, following the announcement that same day that her ex-husband Justin Hartley “recently” wed Sofia Pernas. 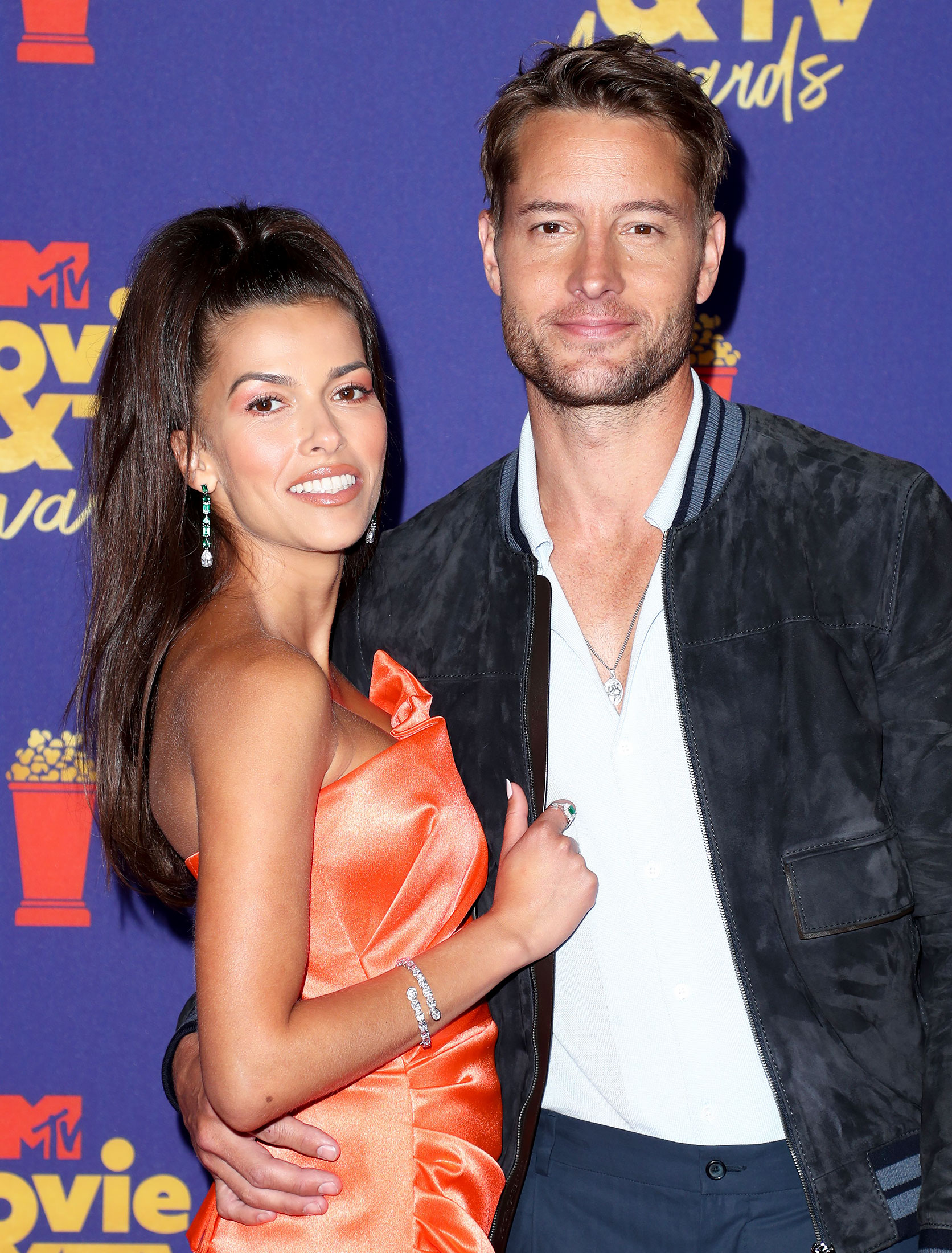 While the MTV Movie & TV Awards: Unscripted was prerecorded on Thursday, May 13, the awards show aired on Monday. Stause — and her glam squad — couldn’t help but show off her look from the event.

And there’s a good reason: between her stunning yellow Mugler dress and super sleek hair and makeup, she was easily one of the evening’s best dressed!

The Selling Sunset star, who was nominated for Best Fight alongside costar Christine Quinn, turned to hairstylist Bradley Leake and makeup artist Nicholas Wlodarski to get her red carpet ready.

See What the Stars Wore at the MTV Movie & TV Awards

When it came to ensuring her blonde hair was “smooth and silky,” Leake relied on Color Wow’s Coconut Cocktail for hydration and the Dreamcoat to “humidity proof” the ends.

Fast-forward through a quick blow dry with the GHD Helios blow dryer and some Hidden Crown Hair extensions, and Leake, who also works with Bachelor star Hannah Godwin, was ready for finishing touches. “I smoothed the hair using the L’Oréal Steam Pod and finished with Color Wow Extra Shine Spray,” he said in a press release.

As for makeup, it was all about the eyes! Wlodarski, who also works with Real Housewives of Beverly Hills alum Brandi Glanville, used Haus Labs Four-Way Shadow Palette to give the real estate agent a shimmery statement eye.

He filled in her brows with Babe Lash’s Volumizing Brow filler, created a subtle wing with the brand’s Enriching Liquid Eyeliner and swiped on some of their Volumizing Mascara. And, as is the case with any red carpet glam, Lily Lashes falsies were necessary.

While the pictures and Instagram Stories from the MTV awards were plentiful, Stause spent the day getting glammed up in a completely different look.

For the Pink: All I Know So Far premiere at the Hollywood Bowl in Los Angeles, the actress, who was married to Hartley, 44, from 2017 to 2021, rocked an all-black ensemble, complete with a black midi-length leather skirt and mesh top.

She even took her two million Instagram followers along for the evening’s event, sharing behind the scenes pictures with costars Amanza Smith and Mary Fitzgerald.

“Getting to see LIVE music with my ladies and first show back is P!NK!! Ahhhhh!!!!!” she captioned her Instagram Stories, tagging her costars.

When did Meghan Markle and Prince meet and is she REALLY feuding with Kate Middleton?