Home » Fashion » Contraception left me paralysed – my implant sank so deep in my arms doctors can't get it out, I could be infertile

WHAT started out as an effective contraceptive for Danielle Jarret, turned into something of a nightmare.

The 24-year-old was left paralysed and lost the use of her left arm after her implant got stuck so deep the doctors couldn’t get it out. 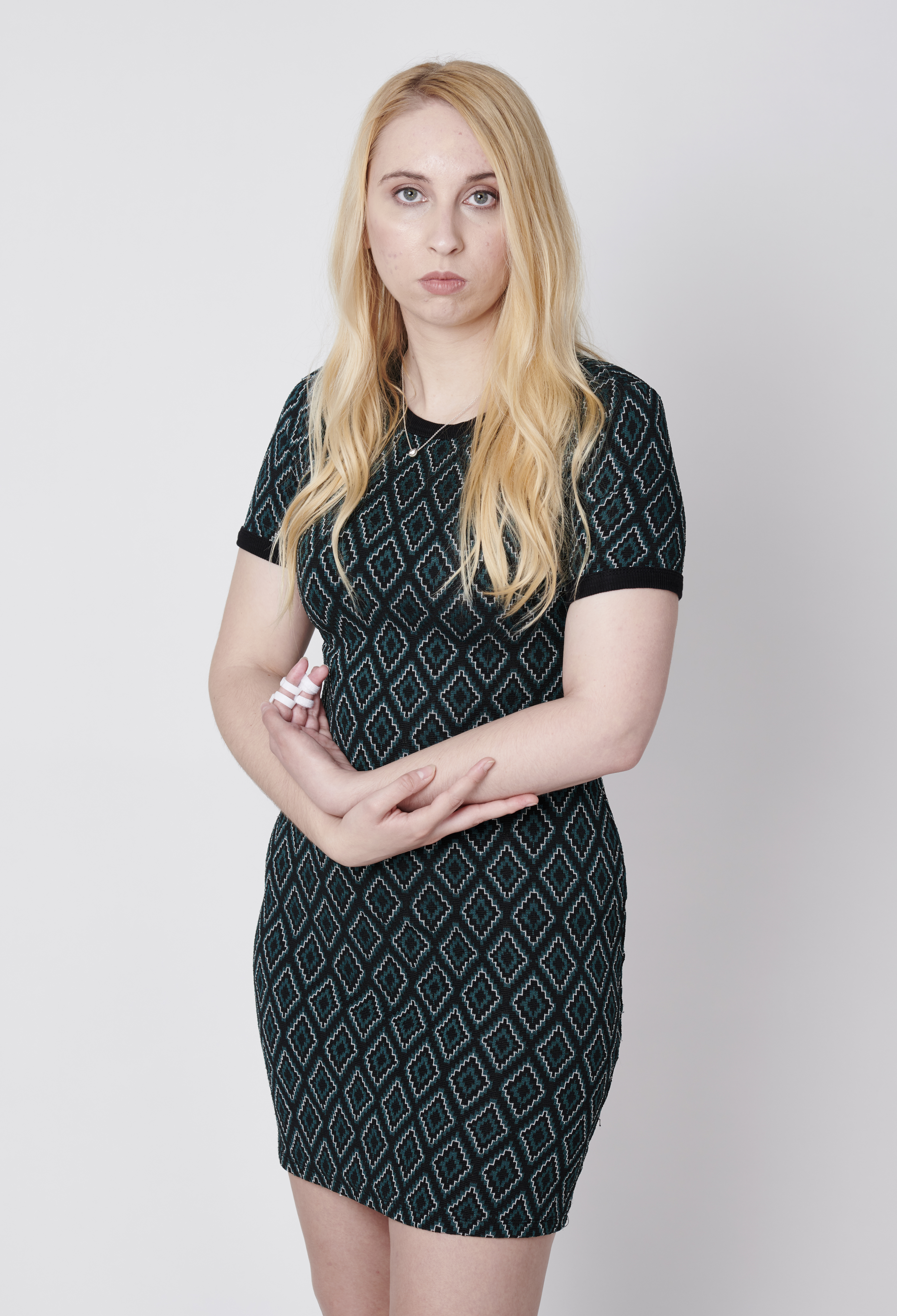 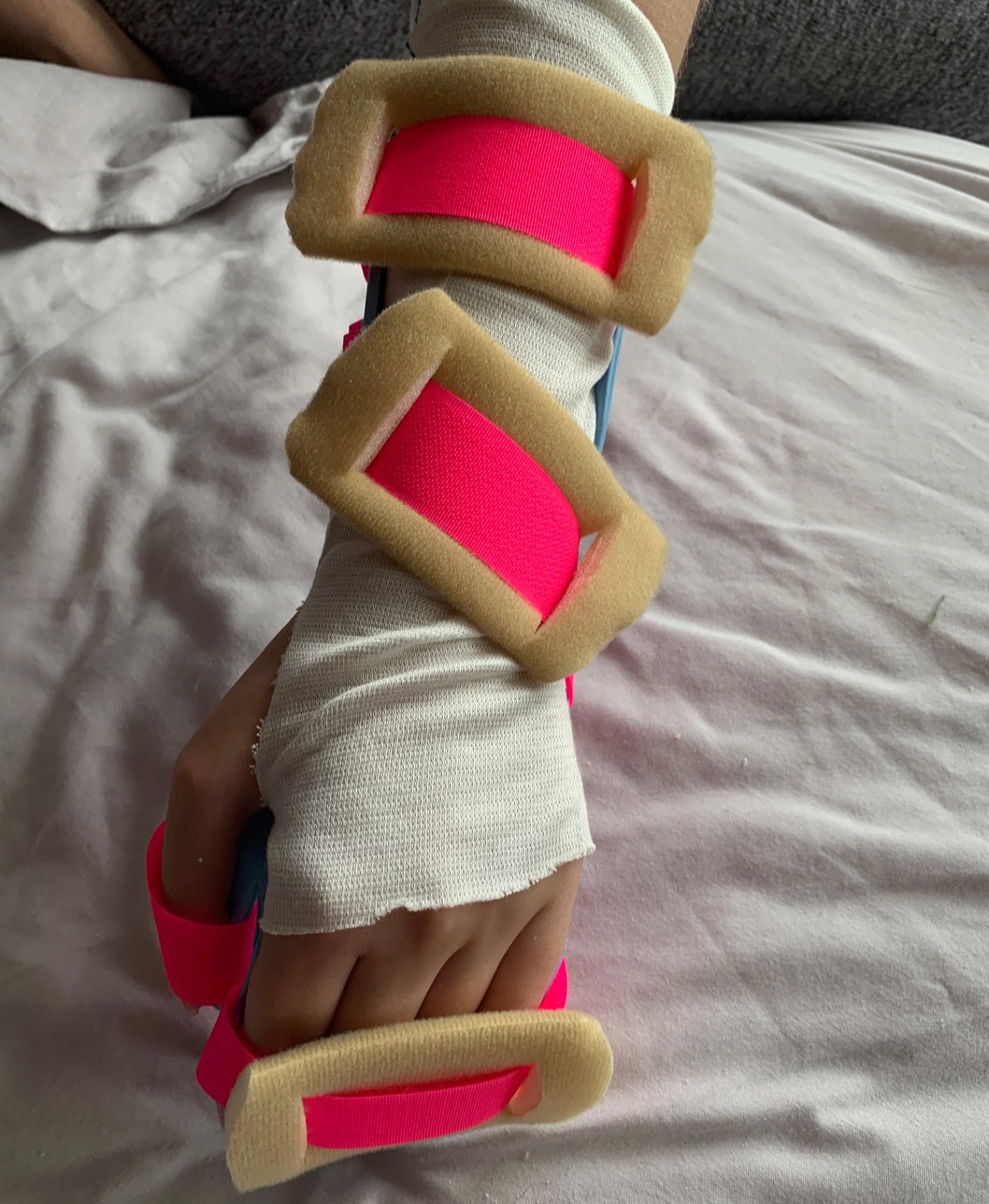 Danielle got the tiny plastic rod, called nexplanon, put in her arm three years ago and didn’t experience any problems until she went to get it replaced.

But when her GP couldn't remove the 4cm implant, she was sent to a nurse at a sexual health clinic in Greenwich – who also couldn't get to it.

She was then referred to have a two-hour operation at St Thomas’ Hospital, London under regional anaesthesia which saw surgeons abandon their efforts to get it out as it sank so deep.

Danielle, of Dartford, Kent says: "Everything is a real struggle.

“It’s ruined my life. I've completely lost my left arm; I can't use it, I can't feel it.

"I have a disability now but you wouldn't think to look at me.

"I really took for granted what I could do before.

“It makes me feel so useless, and has really affected me mentally.

"At 23 years of age you don't expect to be told you've lost an arm. It's just devastating.”

Danielle, an insurance worker, got the contraceptive implant at her local GP surgery in Dartford in May 2016 and this is the second time she had it done.

The implant is one of the most common forms of contraception in the UK.

With more than 99 per cent effectiveness at preventing pregnancy, the small, rod-shaped device that's inserted just under the skin of your upper arm lasts for up to three years, and works by releasing progesterone into your system.

She says: “It was a quick 10-15 minute procedure and it seemed to have gone totally fine.

“I noticed afterwards I couldn’t really feel it underneath my skin, but I made the classic mistake of going on Google as I didn't want to waste anyone's time and I thought I would be fine."

Danielle then visited her GP in May 2019 to have the implant removed but was told it had sunk too deep into her arm and would need to see a specialist.

She says: "I had to go in by myself, and my mum was in the waiting room.

"There was a nurse and a doctor there and they cut my arm open to take the implant out but they just couldn't reach it.

"Then they told me I needed to go to hospital to get it taken out which hit me like a tonne of bricks.

“I had an ultrasound, and it came up there so I was booked in for a hospital operation in January 2020.” 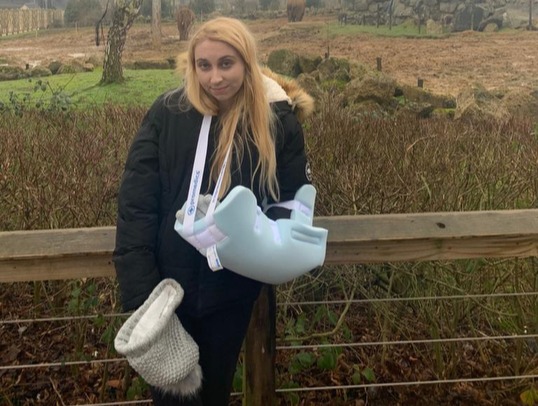 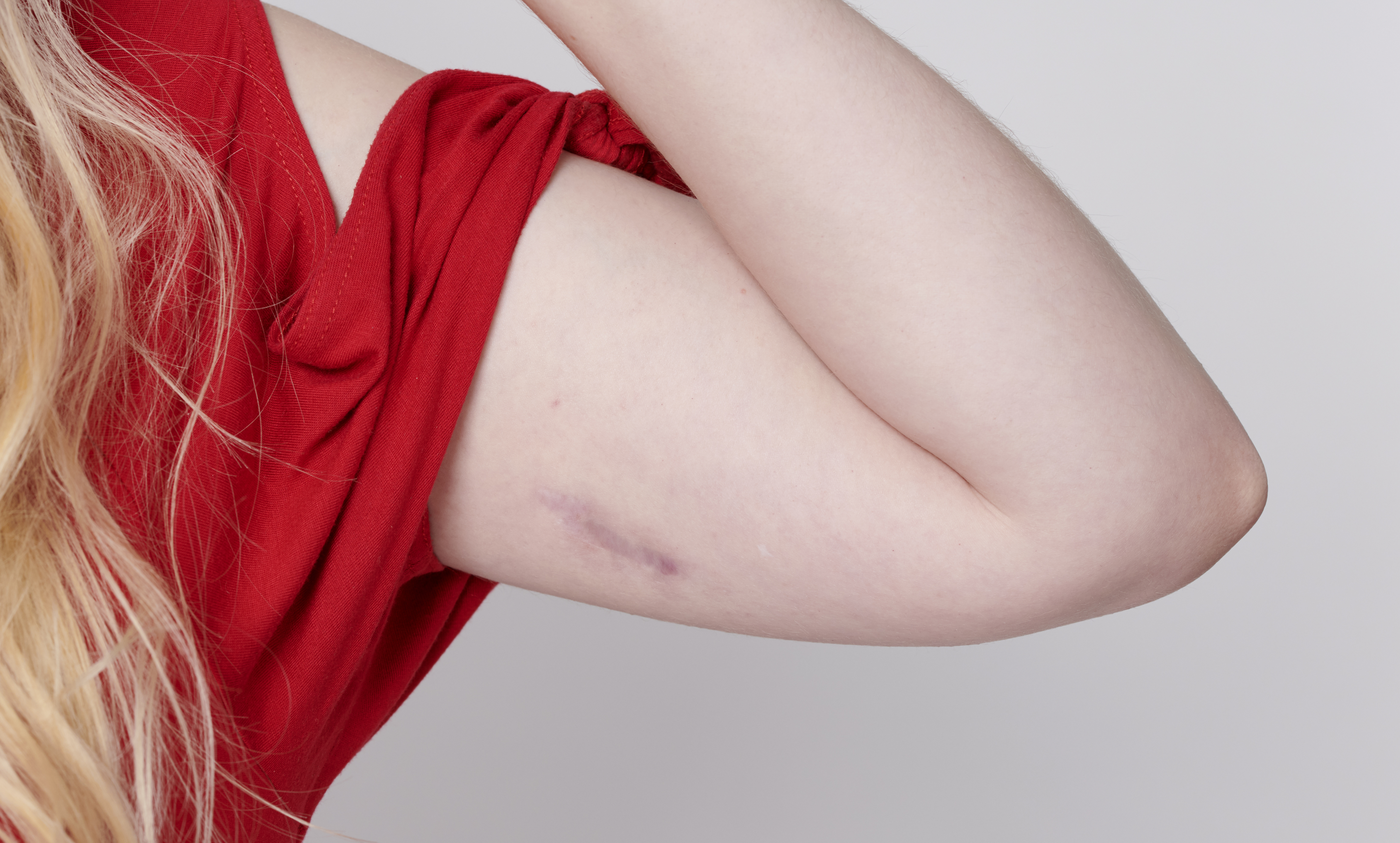 However, they told Danielle it was impossible to get out.

She says: “When I came out I was crying so much. It was a complete nightmare.

"I was panicking. My arm was in a blue sling, but it was just so numb and didn’t feel like it was attached to me.

"It was like my arm had been cut off.

No one really knows what has happened or taken any responsibility

"I was sent home in a sling but when I was going home I realised I couldn't feel my ring finger, and then it started to get worse.

"It was exactly like that scene in Harry Potter when his bones are taken out of his arm and it's all floppy.

"I went to bed and thought all would be better in the morning.

"But when I woke up I just couldn't feel my forearm and was unable to move my hand apart from the little finger.

“But after 12 weeks it didn't get any better. Little did I know this was the start of what was to become my new life.

"No one really knows what has happened or taken any responsibility.” 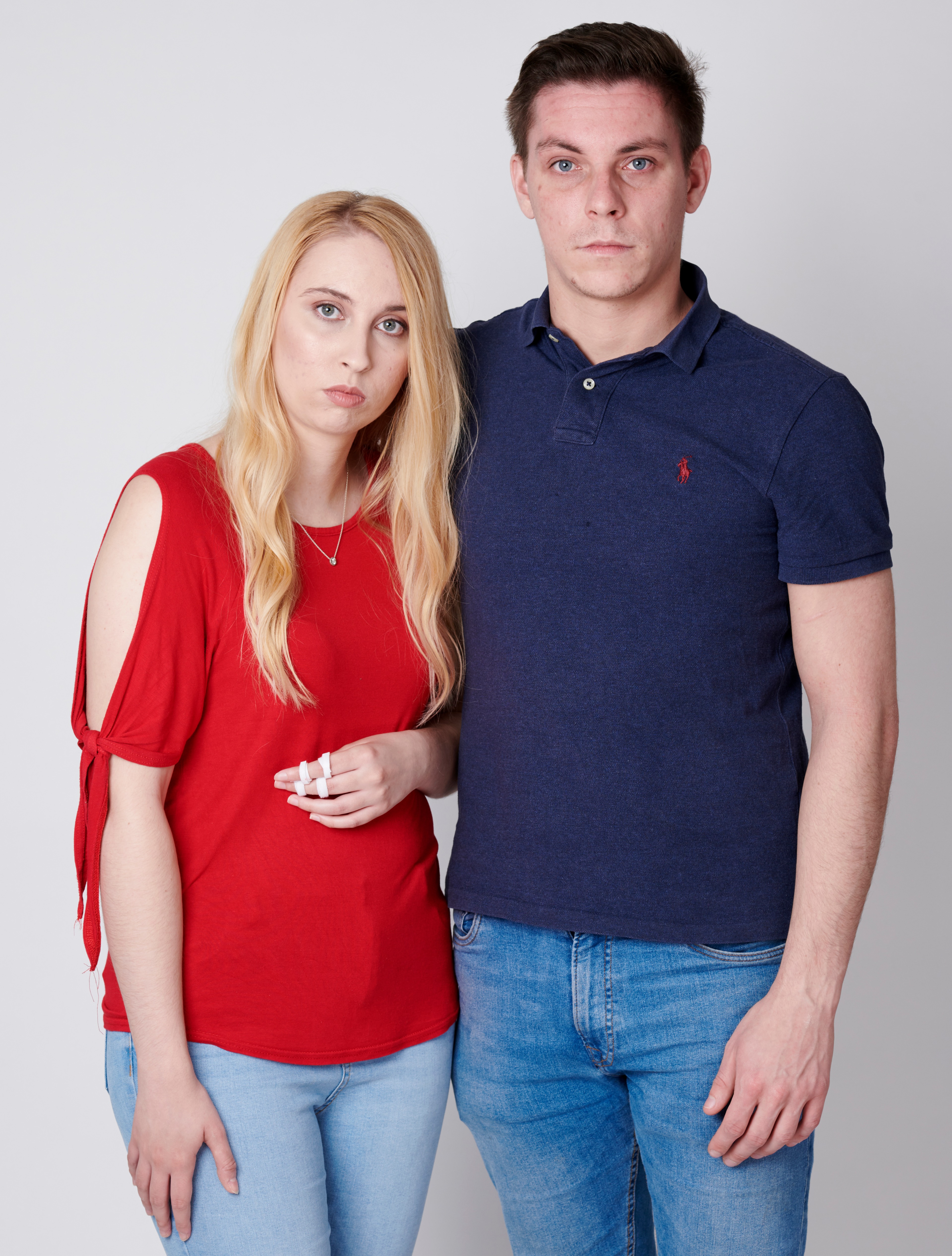 Doctors have not been able to confirm if this has made her infertile, so she is taking contraceptive pills.

She says: “Nobody knows the effects this is having on my body and I don’t know if this will leave me infertile.

“I have been going for follow-up appointments in London for physio and for doctors to monitor what effect the implant is having.

“I am still on contraception now, but I fear this will overall leave me infertile.

"If I wanted to have a child, with the way things are at the moment I won't be able to hold or cradle him or her with both my arms.”

For the past eight months Danielle has been adjusting to living life with the use of just her right hand, as she now depends on boyfriend Adam Casey, 25, estate agent, and mum Alison Jarrett, 53, nursery worker.

She says: "I'm lucky I have them but I can see they get frustrated at times.

"I would love to be able to do everything for myself again – and I really hate the way it makes me look.

“I used to be so independent, and now I have to rely on everyone as if I am a child again.

"If it was my right arm I would be completely screwed as I'm right-handed.
"I just really regret it."

I just regret it. If I went on the pill I wouldn't have lost an arm.

Danielle recently had a meeting with her consultant and is due to have an MRI scan later this year to monitor the effect the overdue implant is having on her body.

She says: “Doctors have been unable to figure out why the implant sank so deep, but I believe it was not inserted properly in the first place.

"They are saying they don’t know about the future with this.

"Even if it does take a few years, I've been told it's likely it will only regain 70-80 per cent of its full capacity in my arm.”

Now Danielle is getting physio at St Thomas' Hospital every two months, and every six weeks Darent Valley Hospital, Dartford, (local) on the NHS.

Danielle says: "There's so much muscle waste on my fingers. They are a lot thinner on my left hand.

"It's one of those things you don't really think about. 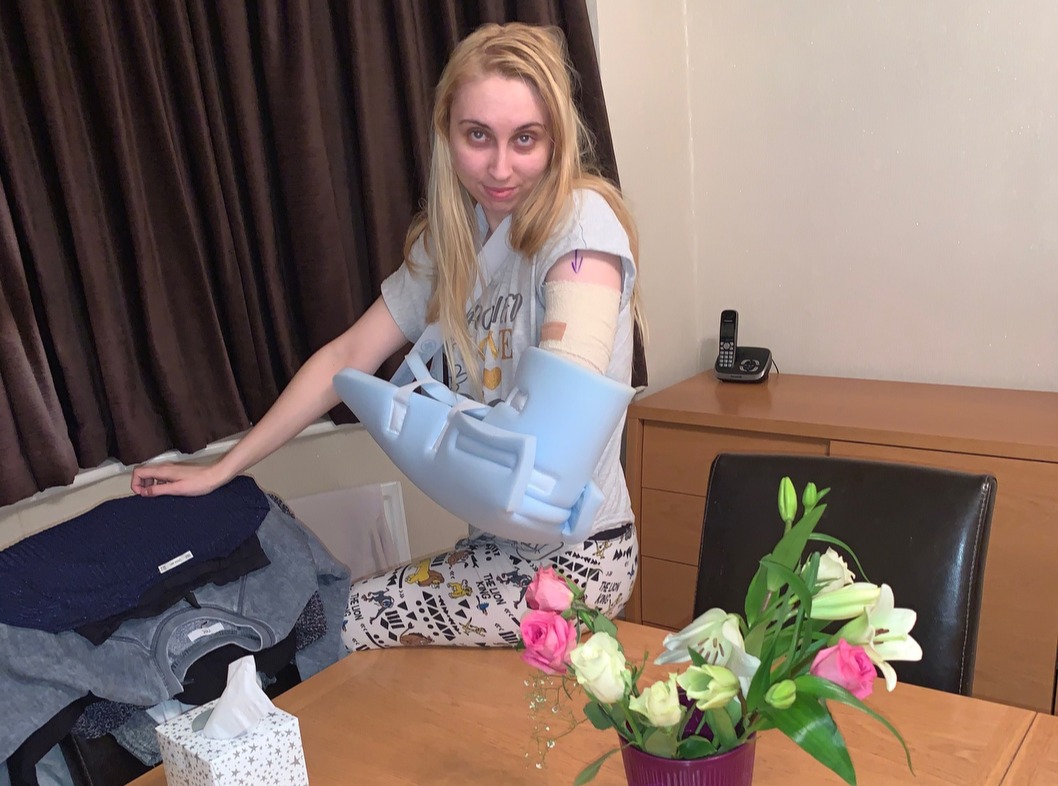 "I just regret it. If I went on the pill I wouldn't have lost an arm.”

A spokesman from St Thomas’ Hospital said: “We are not permitted to comment on individual patients due to confidentiality.

“We can confirm that contraceptive implants sitting deep or migrating after insertion is unfortunately a recognised problem. Nerve damage is very rare.

“Guidance is not to attempt removal of implants which are difficult to palpate, without scanning guidance. We therefore do not attempt to remove any implant that is hard to palpate.

“It is important to be clear that any nerve damage would likely have happened at the time of removal rather than insertion.”

What is the contraceptive implant? And is it safe?

According to the NHS,the contraceptive implant (Nexplanon) is a small flexible plastic rod that's placed under the skin in your upper arm by a doctor or nurse.

It releases the hormone progestogen into your bloodstream to prevent pregnancy and lasts for three years.

There are disadvantages to it. For example you may experience temporary side effects during the first few months, like headaches, nausea, breast tenderness and mood swings.

The NHS also says your periods may be irregular or stop altogether, you may get acne or your acne might get worse.

But what happened to Danielle is incredibly rare.

In other real life news, this woman found out she was pregnant when she was 19 – then her boyfriend died in a car crash.

A woman who was told by a psychic that she either needed to lose weight or die, so she had part of her stomach removed.

And a woman who is addicted to pregnancy has already had nine babies, and is hoping to have a 10th.