WHEN Dave and Reka Thornton put an offer on their new home, they knew it needed sprucing up.

But it was only when the couple moved into the four-bedroom home in Bishop’s Stortford in 2014 that the full scale of the project actually dawned on them. 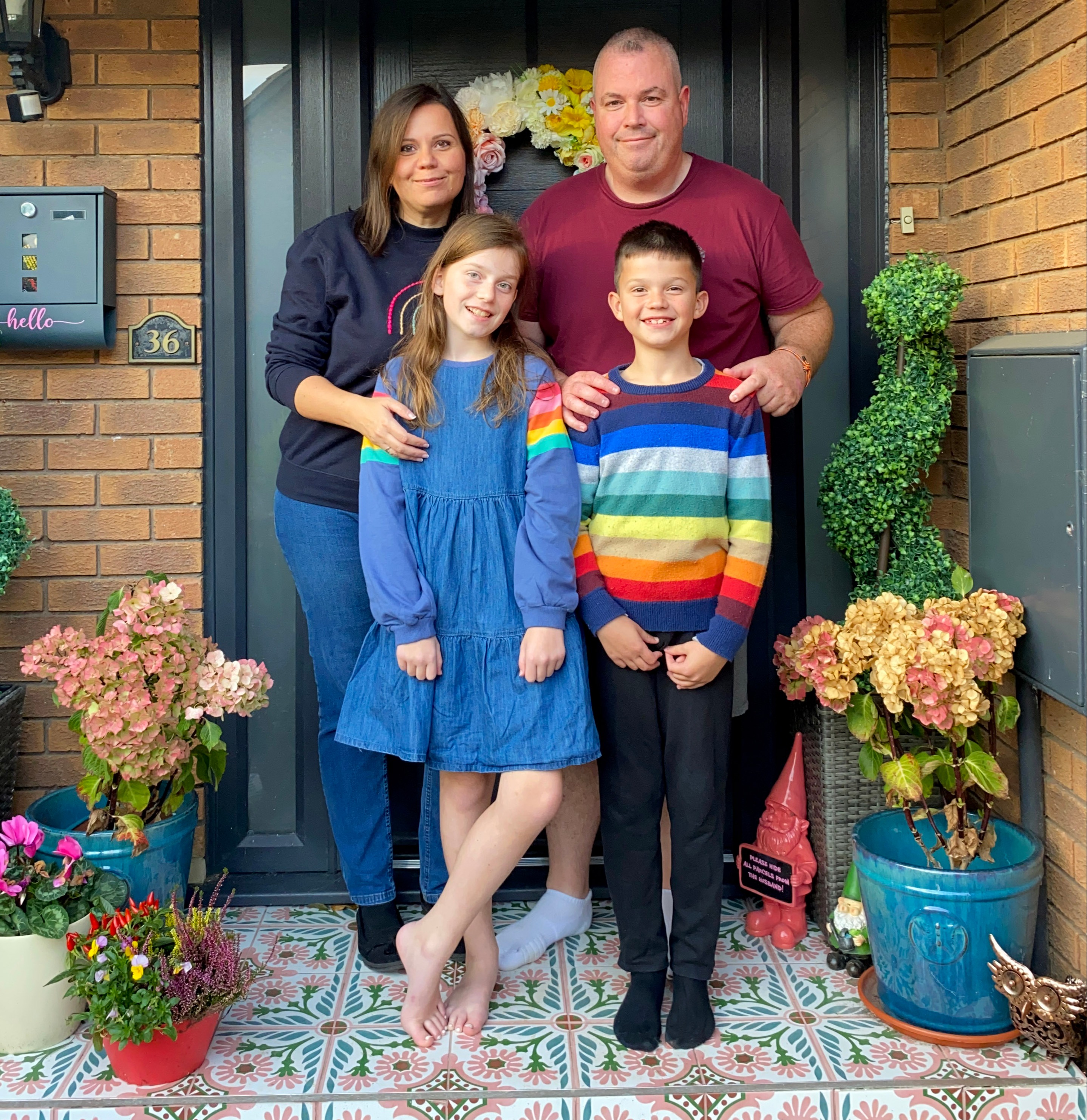 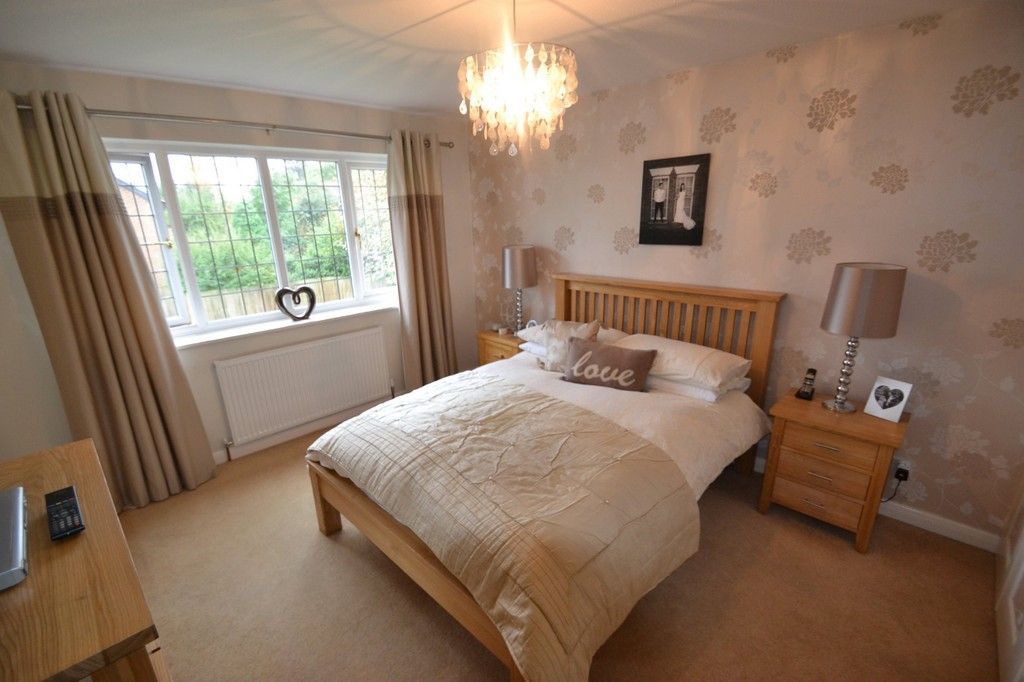 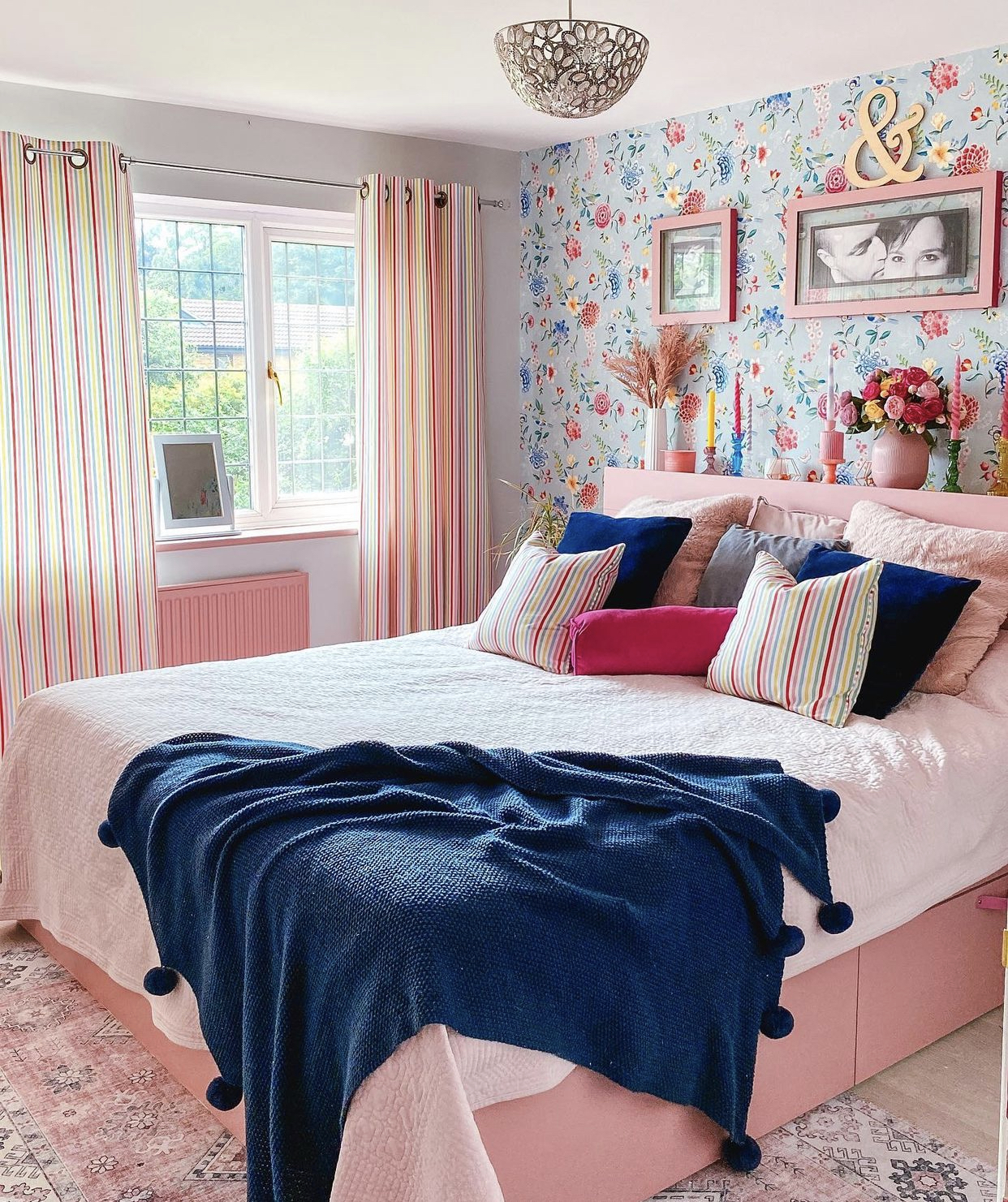 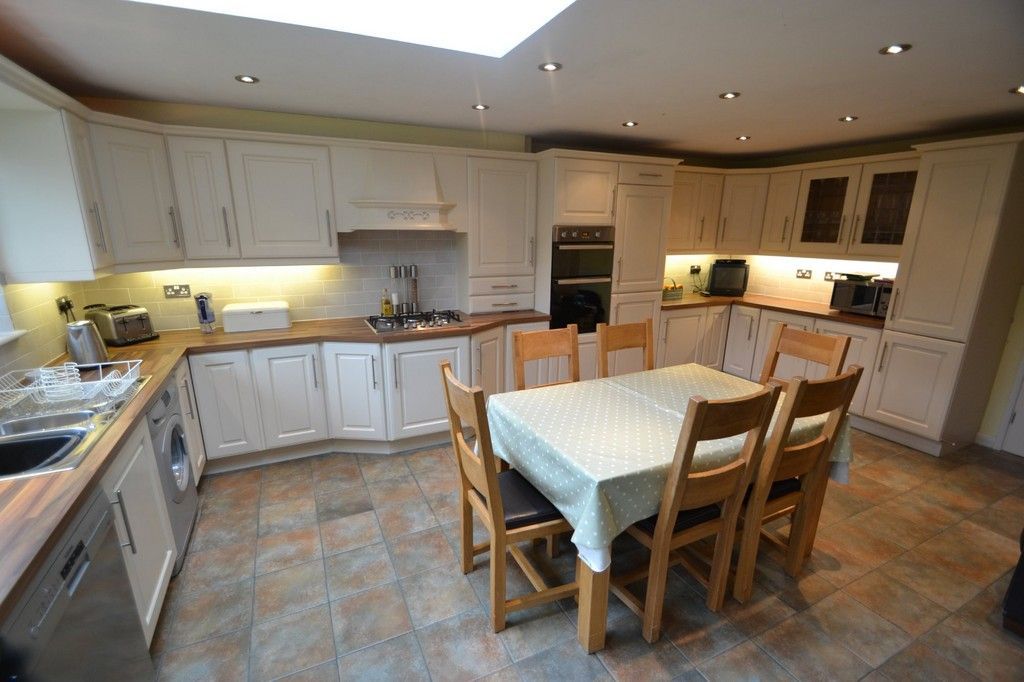 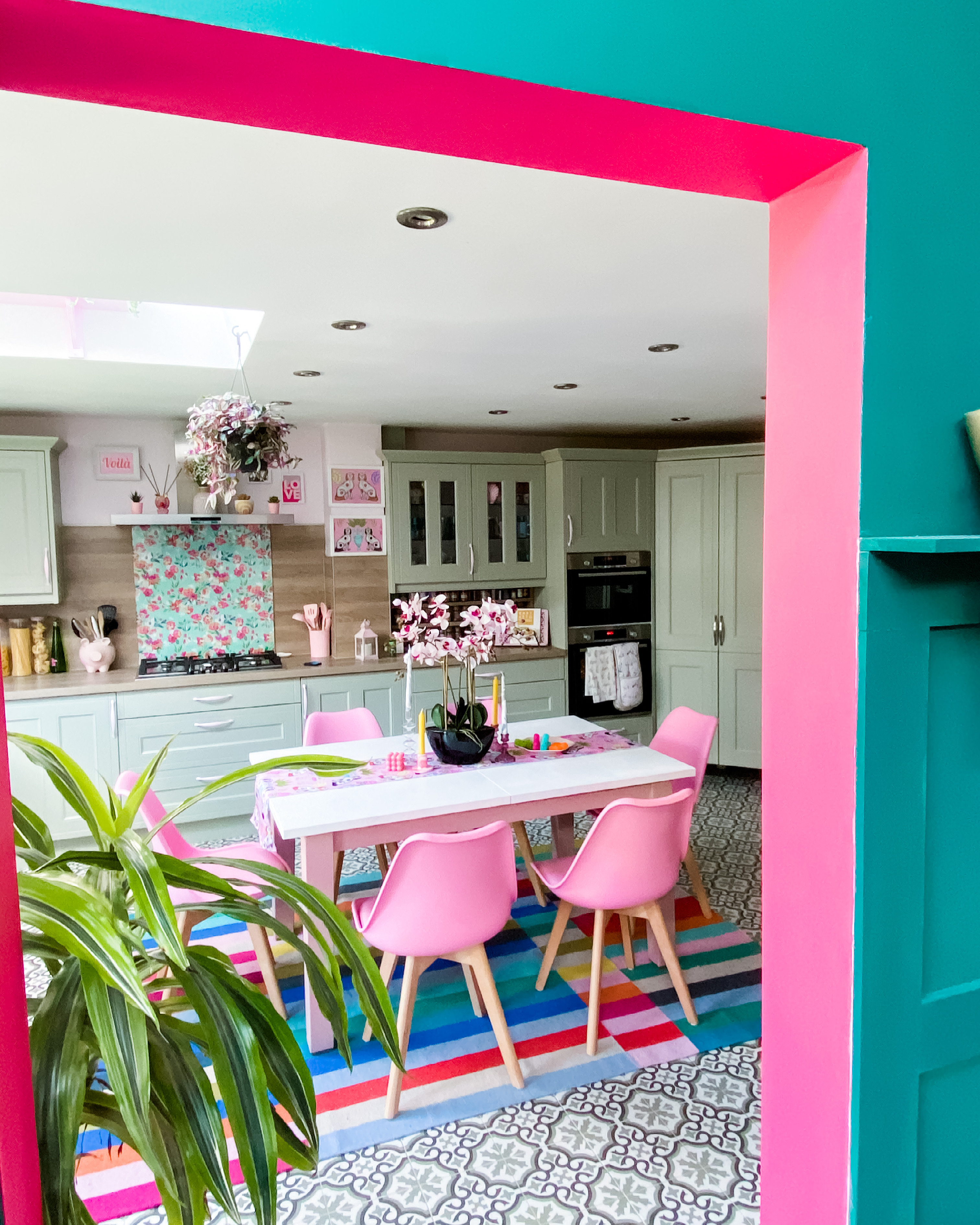 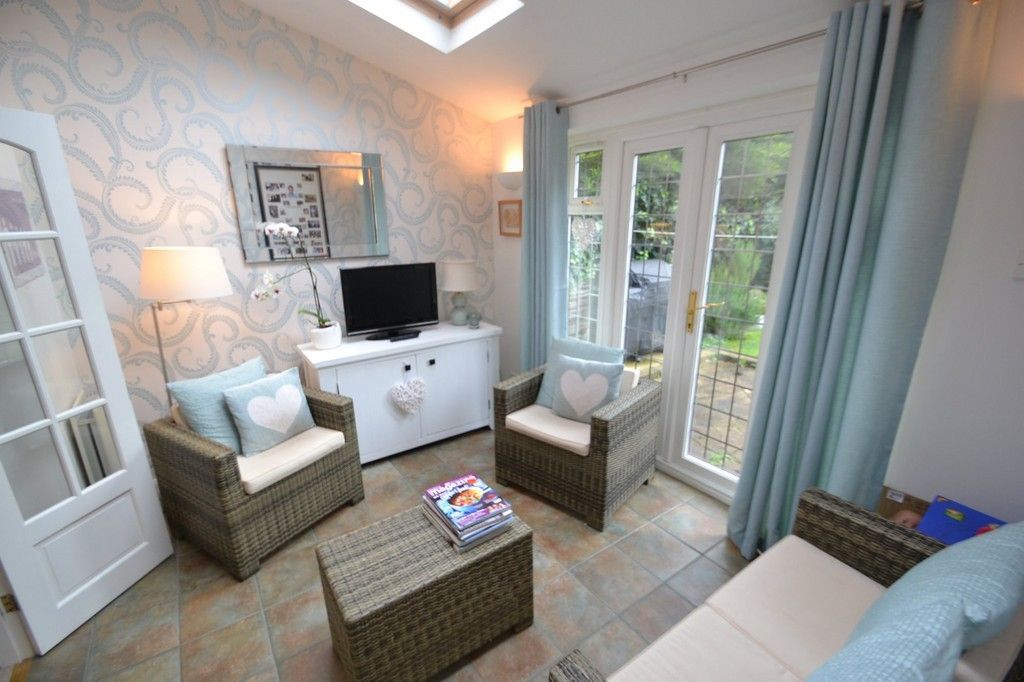 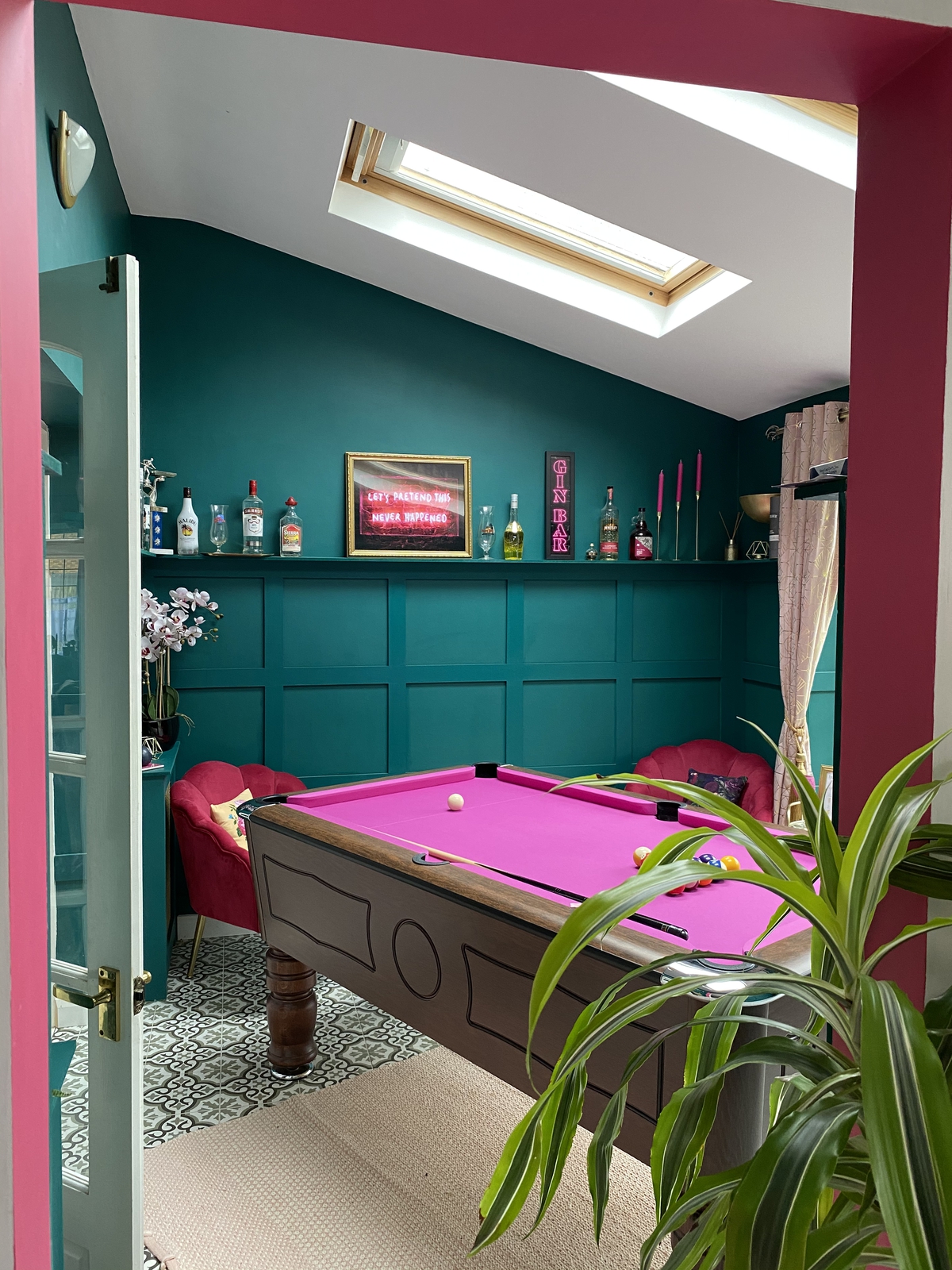 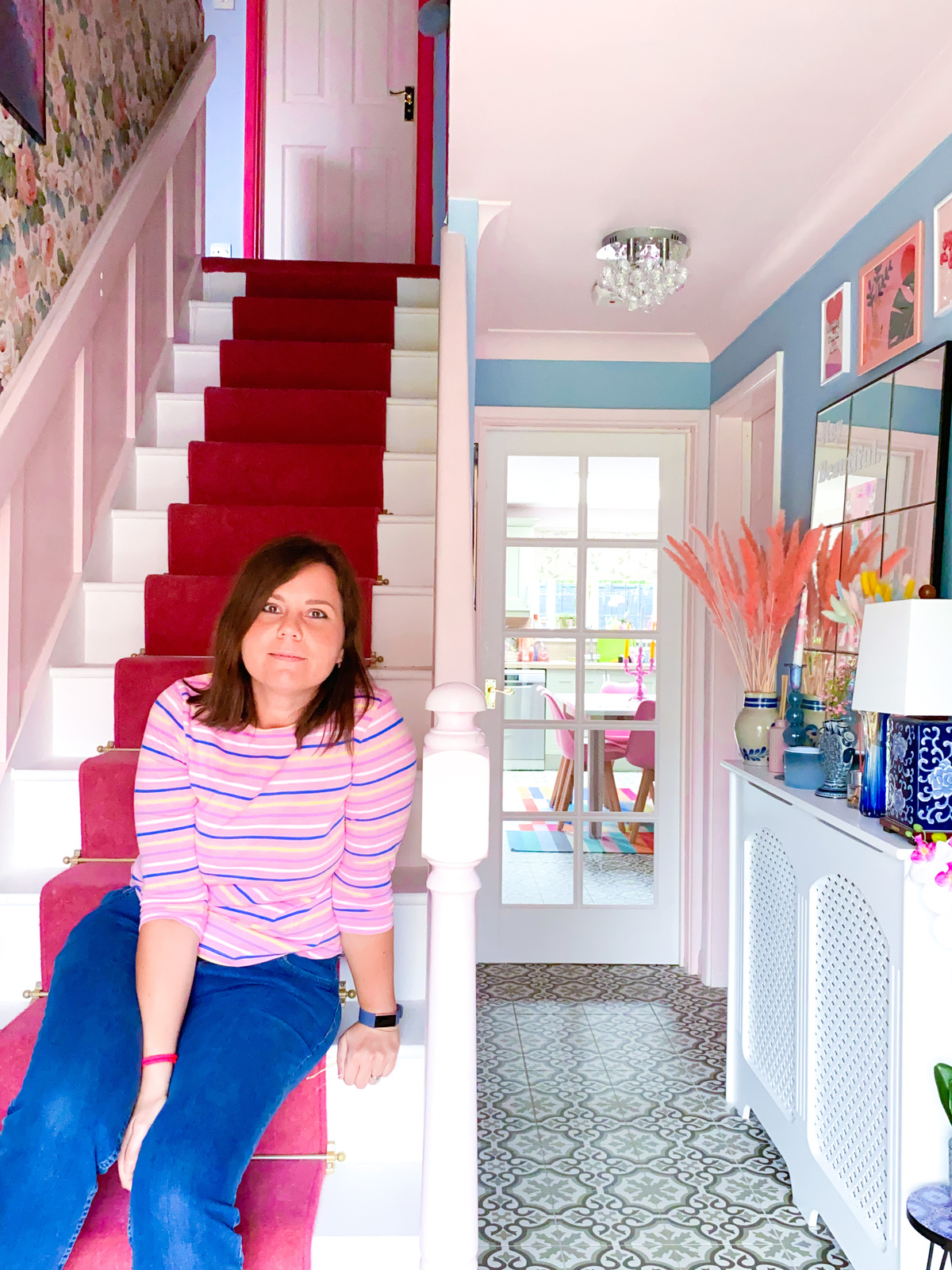 "The rooms were usable but very dated," said Reka. "When we moved in, it became apparent that all rooms needed updating."

Going through all the work that needed to be done, the mum-of-two continued: "The bathrooms upstairs didn’t have a light switch, only a draw cord to pull, and all the units were over 30 years old.

"The kitchen looked lovely but we soon realised it was missing drawers and so we knew it needed changing.

“We thought the rest of the house was in good shape when we viewed it – but upon moving in, it turned out that the walls were dirty and had a lot of holes in them."

Before moving in, the decor of the house hadn't been updated in 30 YEARS and it's taken the family seven years to turn it into their dream home.

Breaking the project down into manageable tasks, Dave and Reka did one big renovation of a room every year and tackled smaller DIY tasks in between building work.

Their larger scale renovations included converting the garage into an office area and fifth bedroom, transforming the kitchen, working on the family bathroom, and giving the garden a full makeover.

Once they were happy with the renovations, Reka – who works as an interior designer – got stuck in.

The mum added: "We kept it similar to the original decor for a couple of years because we thought it would be easier that way.

"But we soon realised that colour was needed, so we started injecting colour, step by step. The more colour we added, the more content we felt about our home." 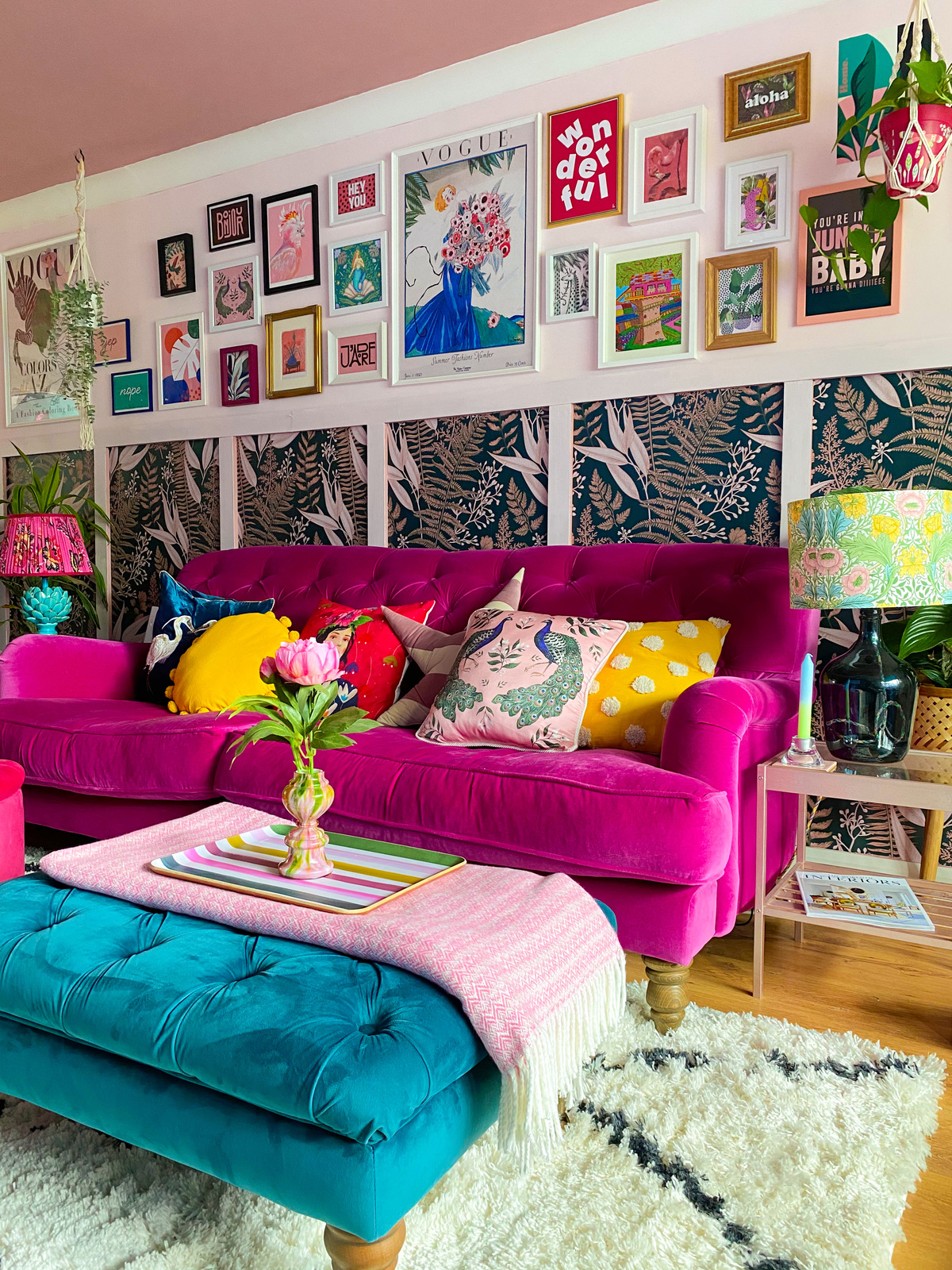 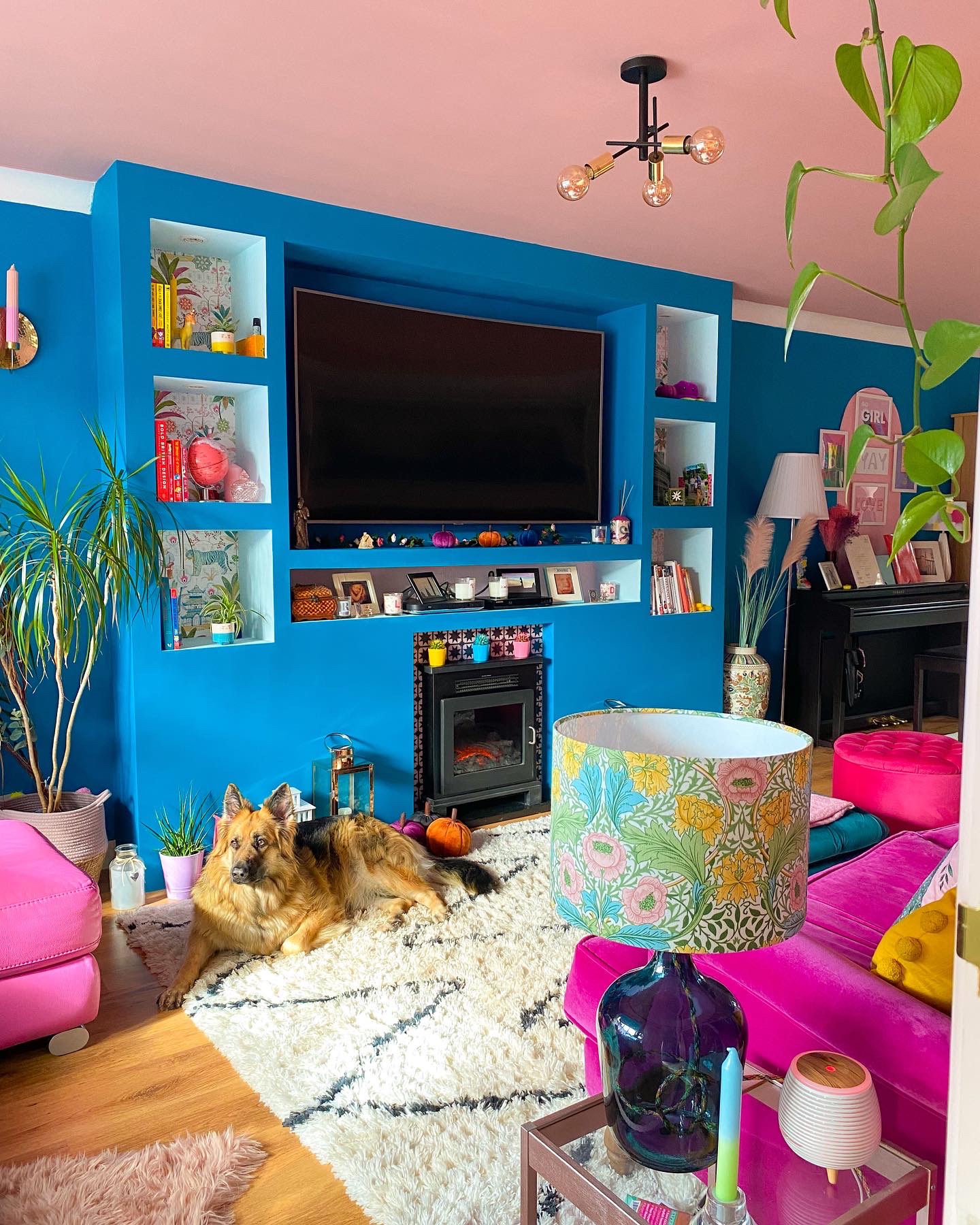 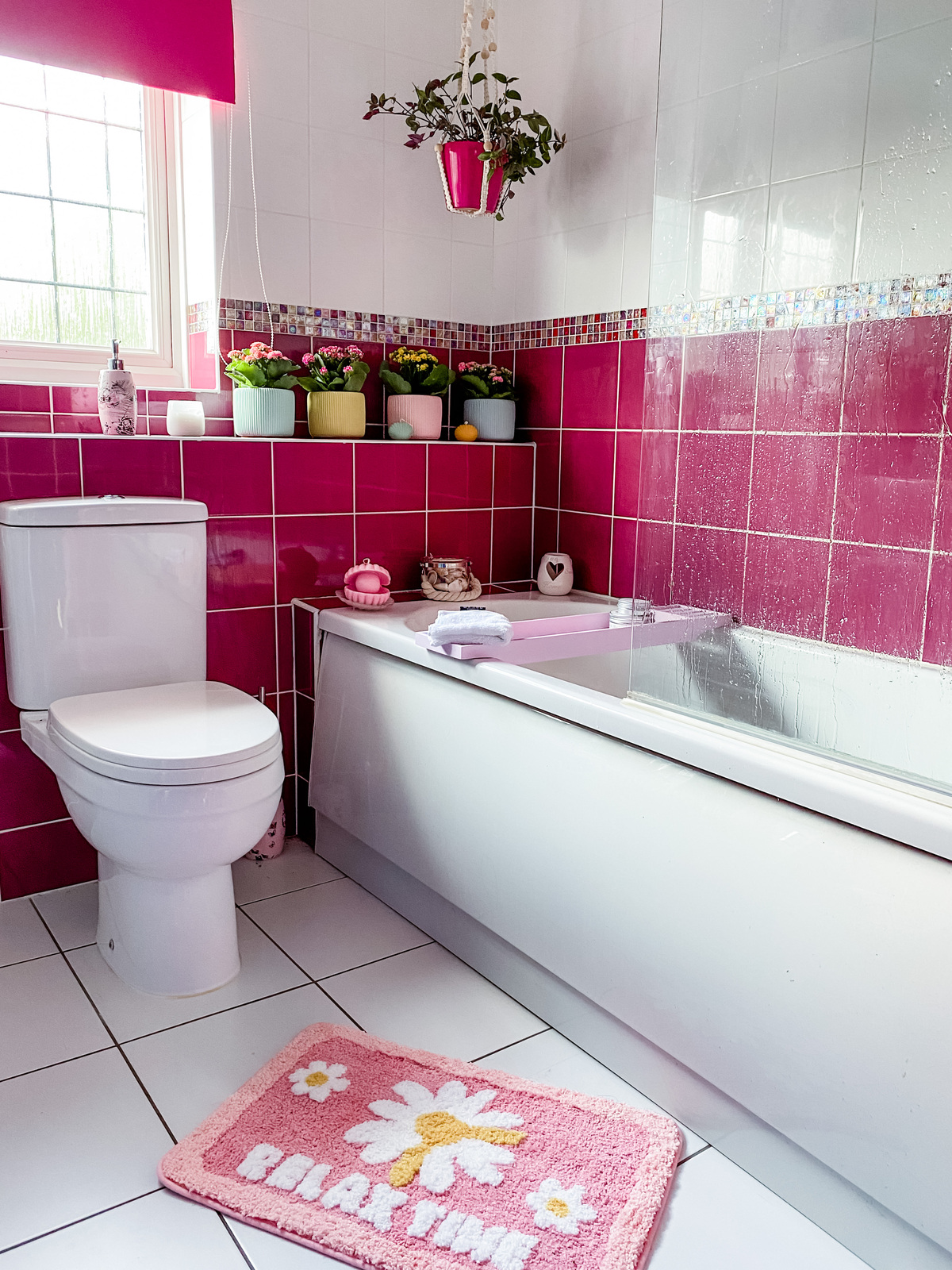 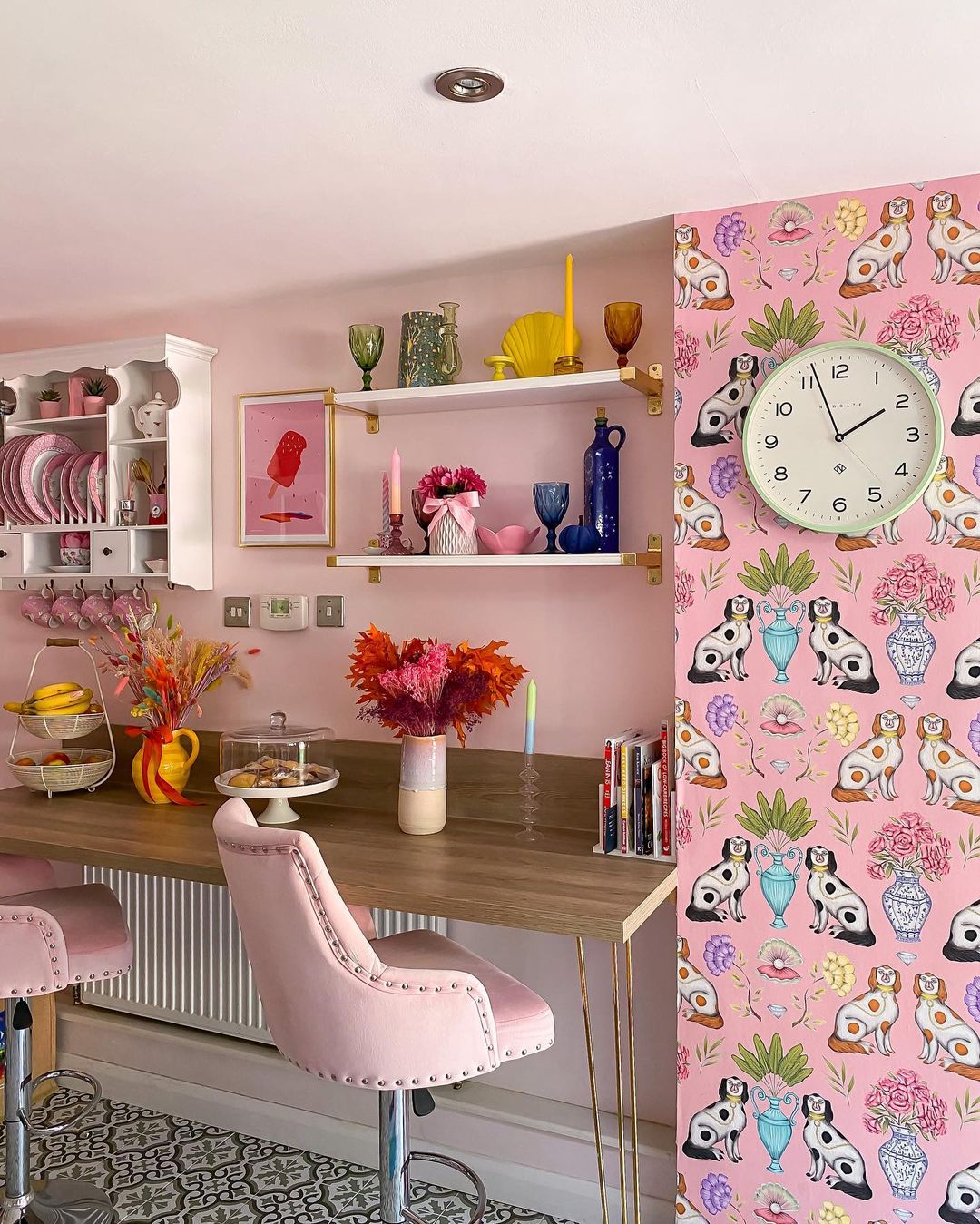 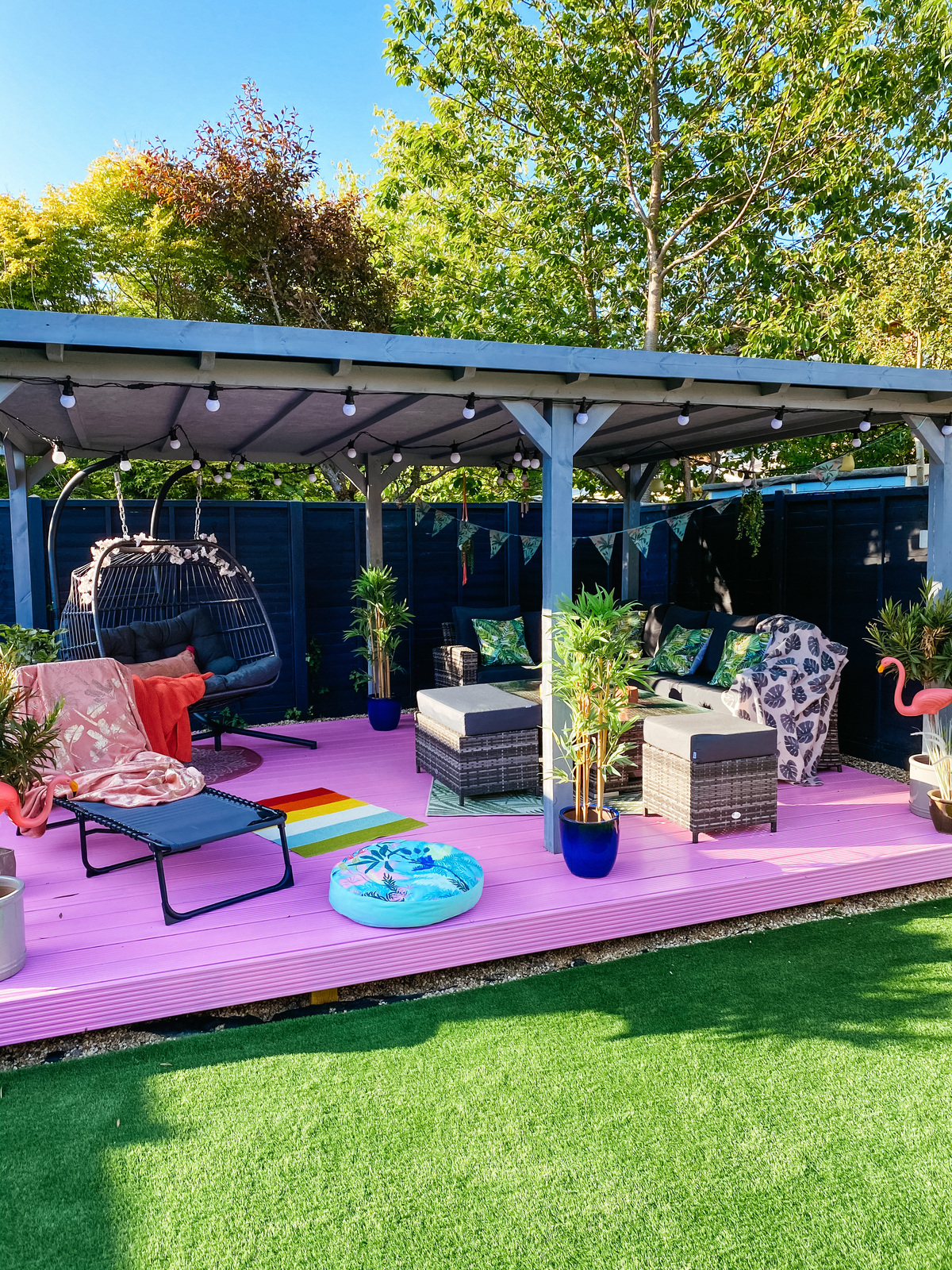 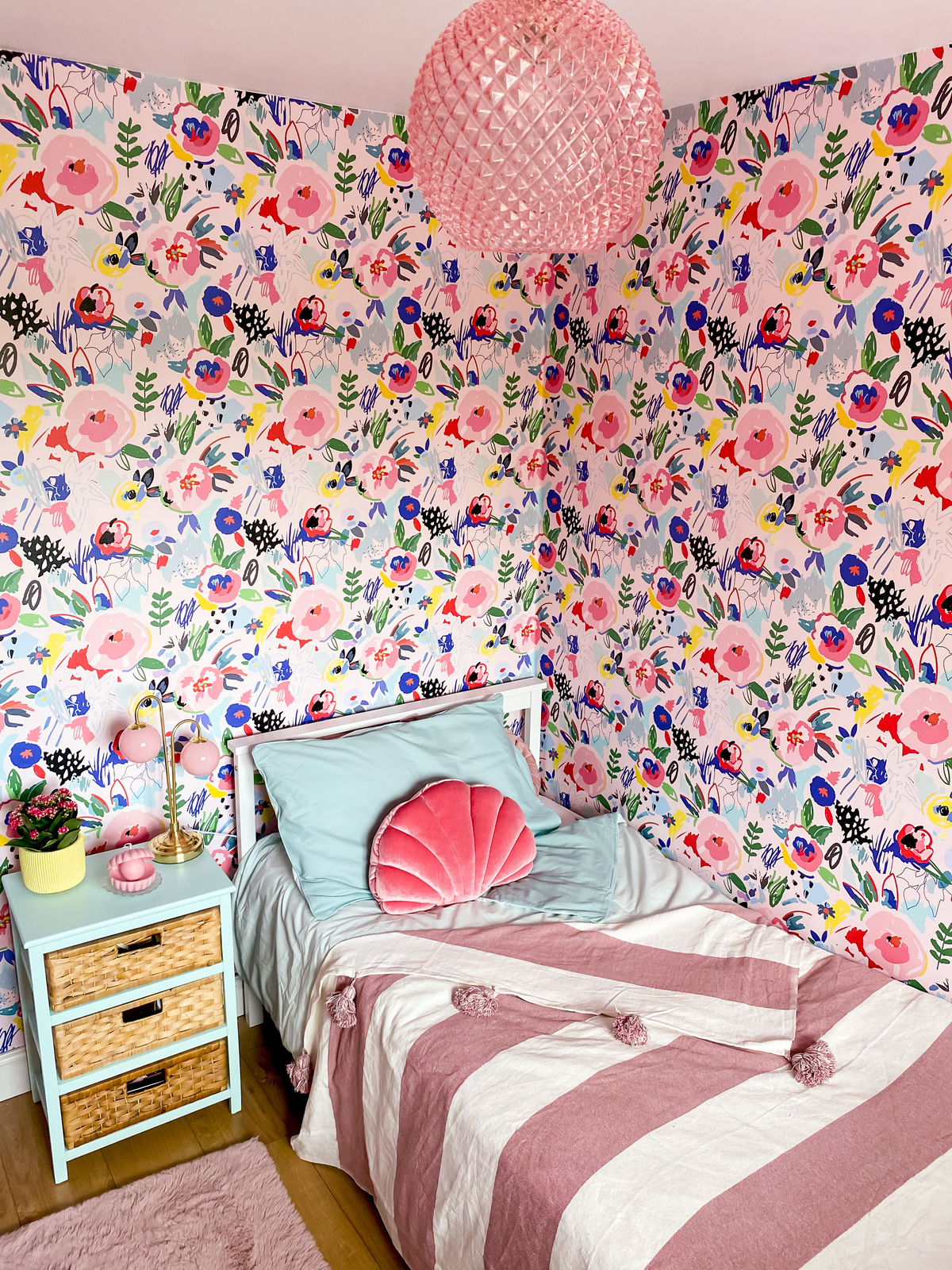 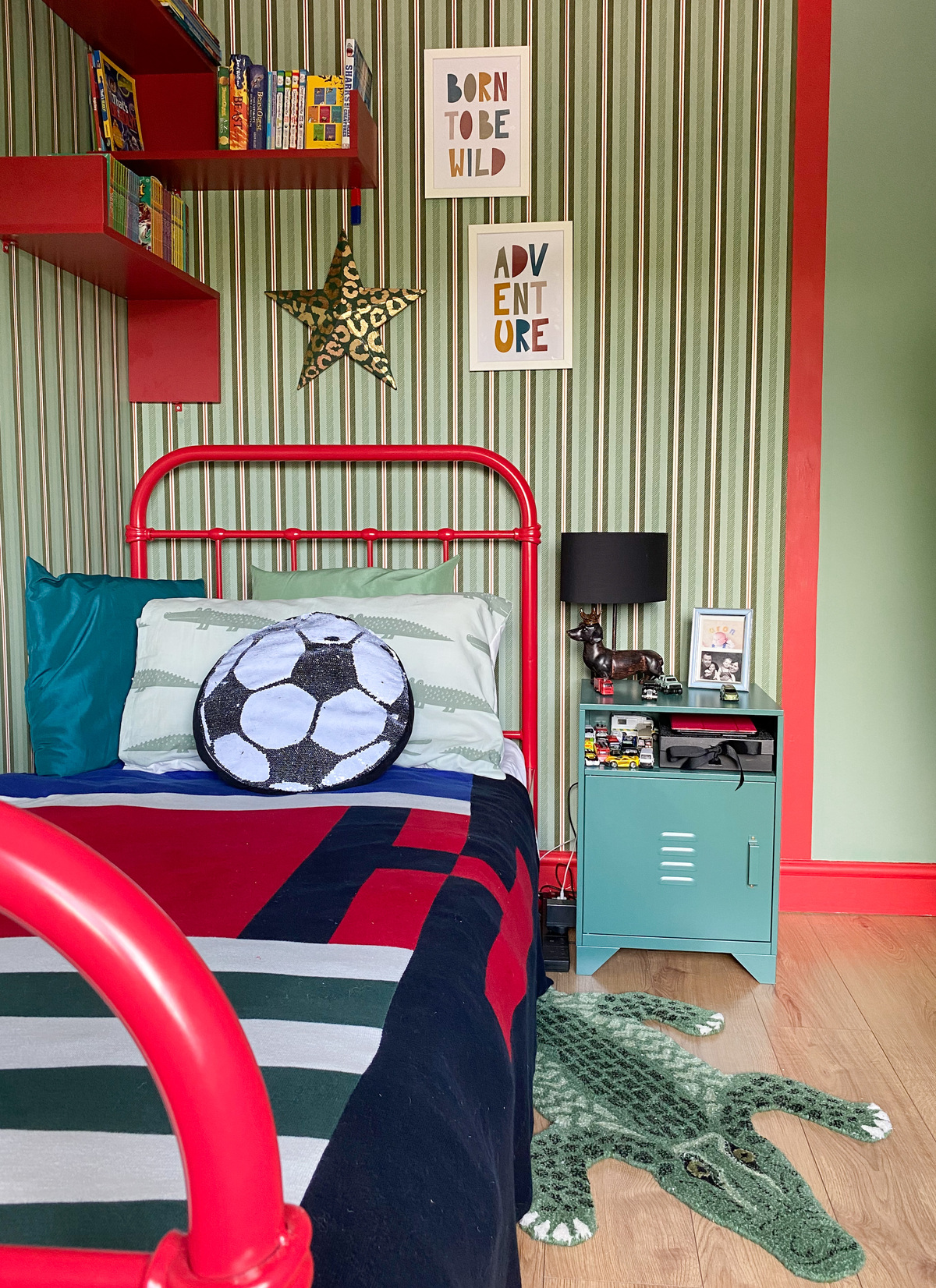 Swapping the drab decor for colour interiors, Reka went for a pink theme in the living room – with a magenta velvet sofa, blush coloured walls and similar-toned posters.

The kitchen was given an equally jazzy overhaul, with quirky wallpaper featuring dogs posing next to vases and flowers.

Reka even gave the garden a splash of colour, with handful of rainbow ornaments scattered around.

She said: “I’d class my style as colourful-eclectic mix. It is colourful in each room, but I like to tie it together with one colour to create a flow between rooms, and that colour is pink.

“Apart from pink being my favourite colour, I haven’t found another colour that it wouldn’t match.

“There are lots of pink shades in our home, some are popping while others are more calming – these have been chosen with the room’s purpose in mind.”

Seven years on, they have spent an estimated £50,000 on renovations and plan to finish it all off with a loft and garage conversion.

However, Reka estimates it will go up to £750k once they're completely finished.

She said: “I would encourage people to be daring, add a little colour to their home first, maybe in the form of decor, and see what it’s like. Don’t be afraid, even if you go wrong, you can always paint over it.

“I do like grey and I did used to have a grey bedroom, but I realised that colour makes me happy. I wouldn’t go back for anything!”

For more amazing home transformations, this mum with ‘no space or money’ creates stunning dressing table area in her bedroom using Ikea bargains.

Plus this woman transformed her bathroom for £15 by making her own designer wallpaper using a permanent marker.

28 Old Navy Fashion Gifts That Will Seriously Impress Anyone