In the charming black and white snap Charles, 71, can be seen hugging Louis who turns two today. 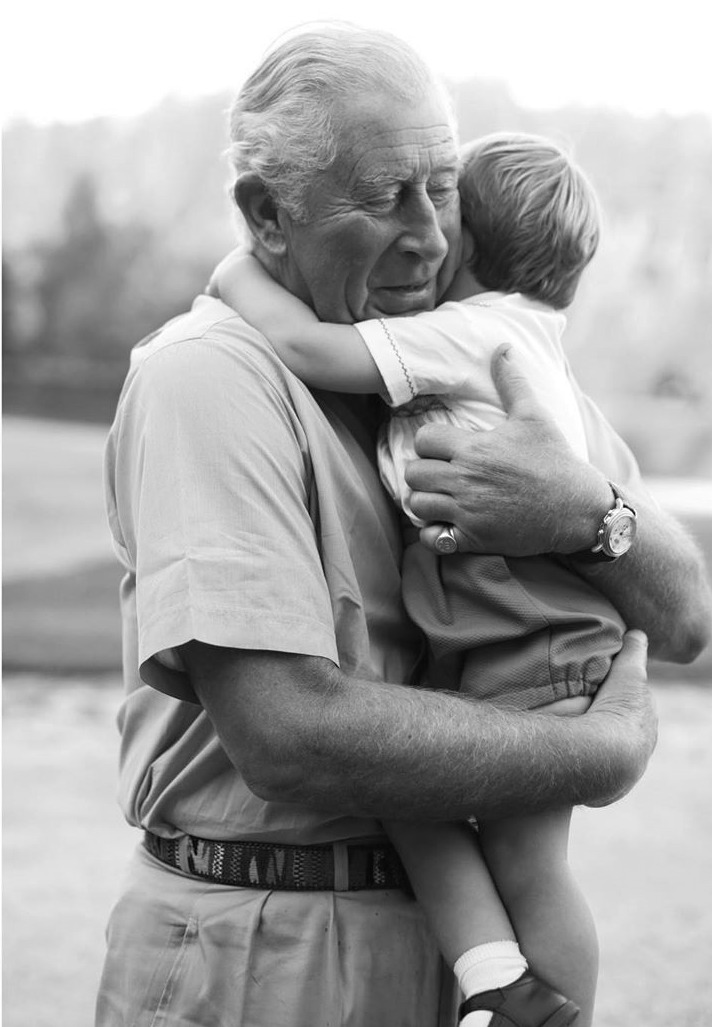 The smiling Prince of Wales is believed to be holding his grandson in the garden of his London home of Clarence House.

The snap, which was shared on Twitter and Instagram on Charles and Camilla's official account, Clarence House, was captioned: “A very Happy Birthday to Prince Louis, who turns two today. Birthday cake

“The young Prince enjoys a hug from his Grandfather, The Prince of Wales.”

While the photo has never before been shared with the public, some royal fans may recognise it. 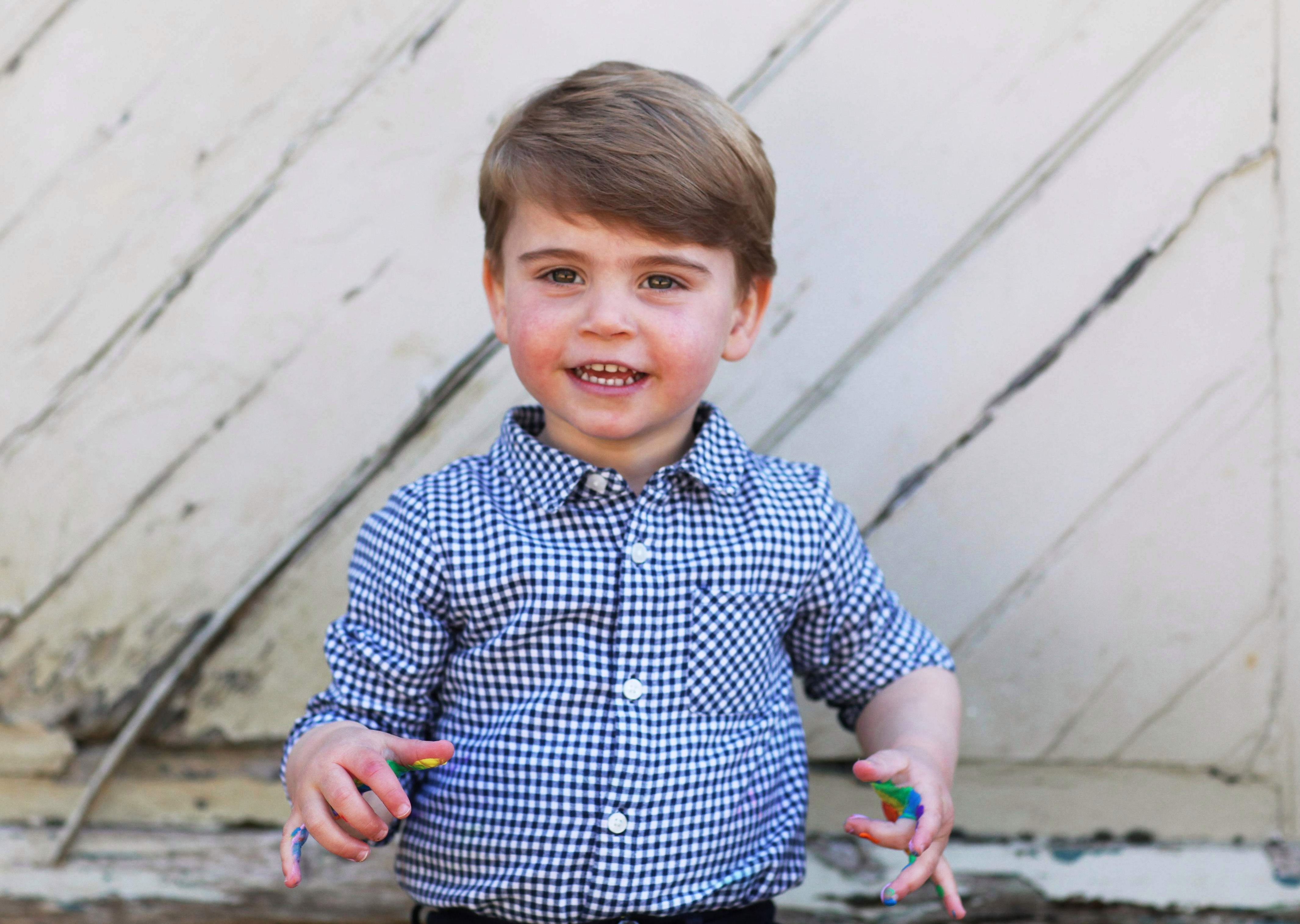 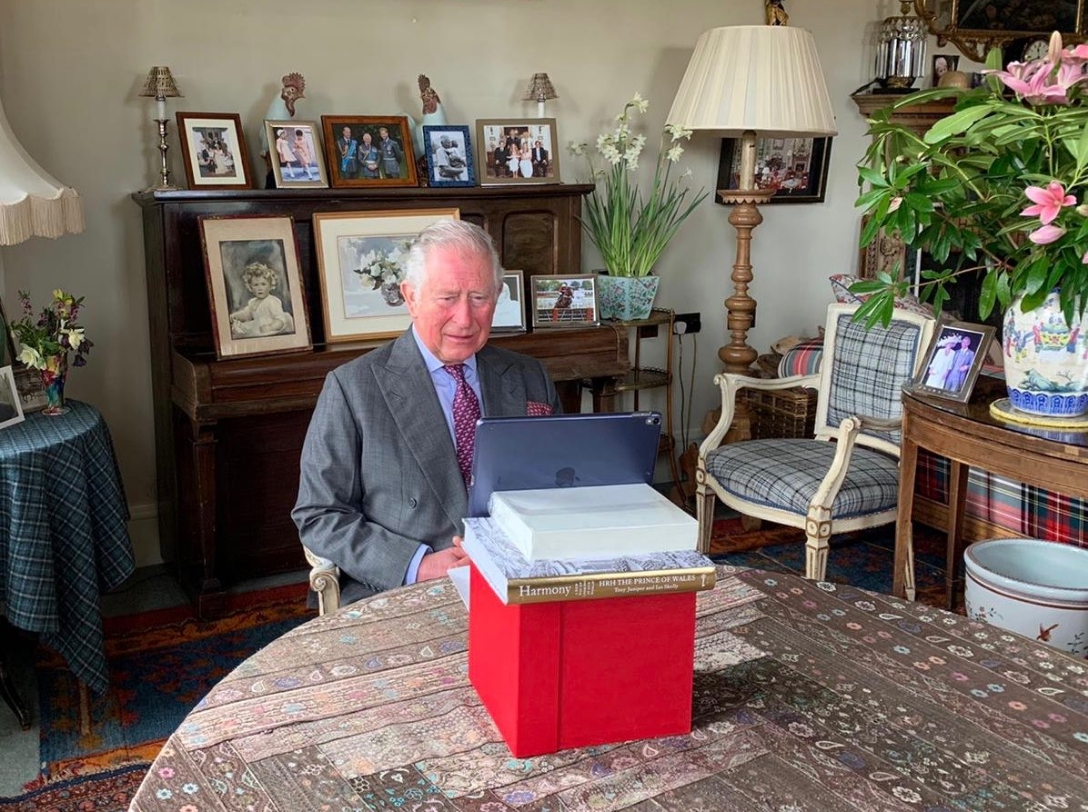 It was spotted sitting on the grand piano of Charles’ office in Birkhall when he virtually opened the Nightingale hospital in London, but this the first time we have seen it up close.

Prince Louis is celebrating his second birthday at his home of Anmer Hall in Norfolk where the Cambridges are self-isolating.

And the toddler marked the occasion by making a rainbow poster for the NHS.

The toddler — fifth in line to the throne — gives a cheeky smile with his hands covered in paint. 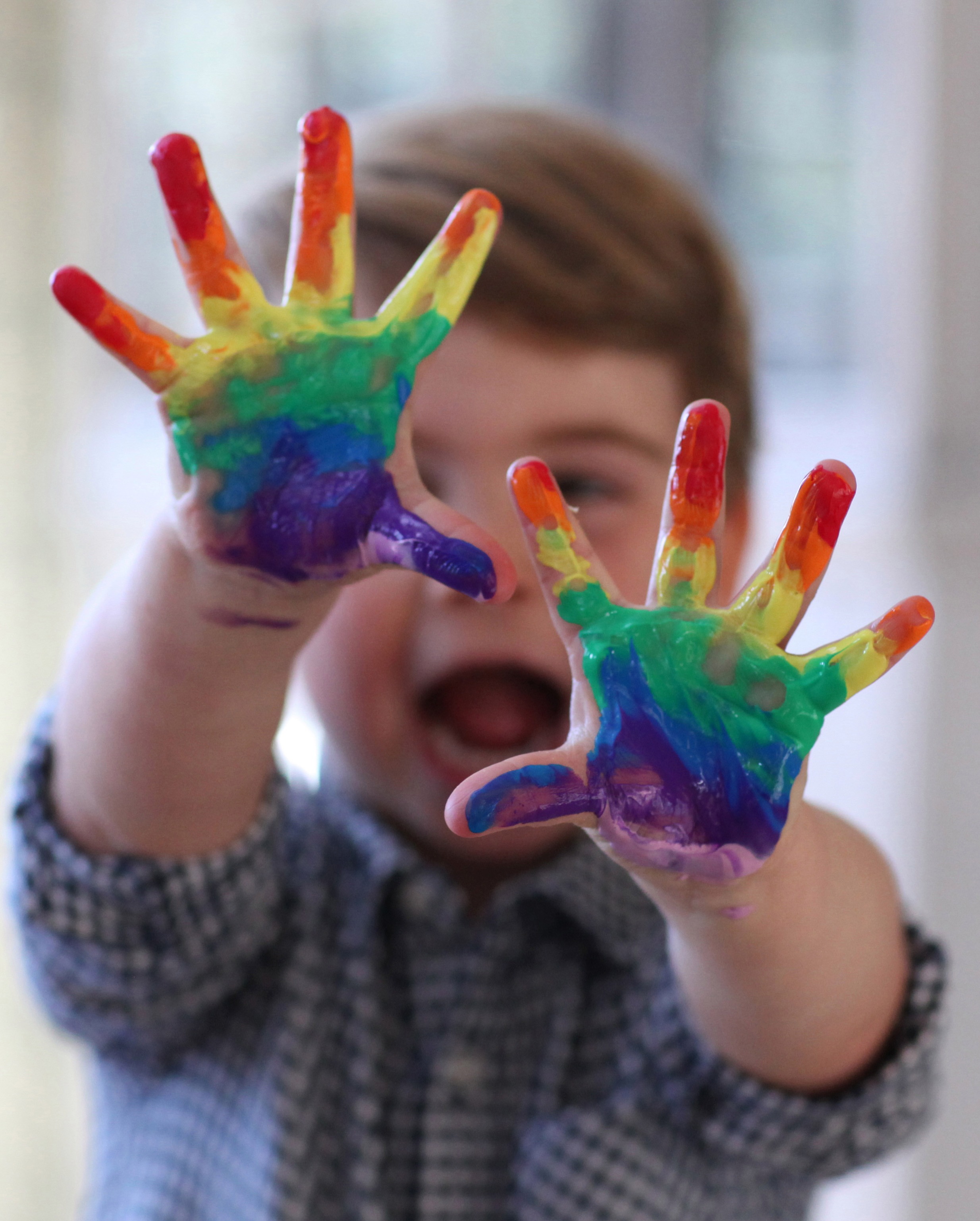 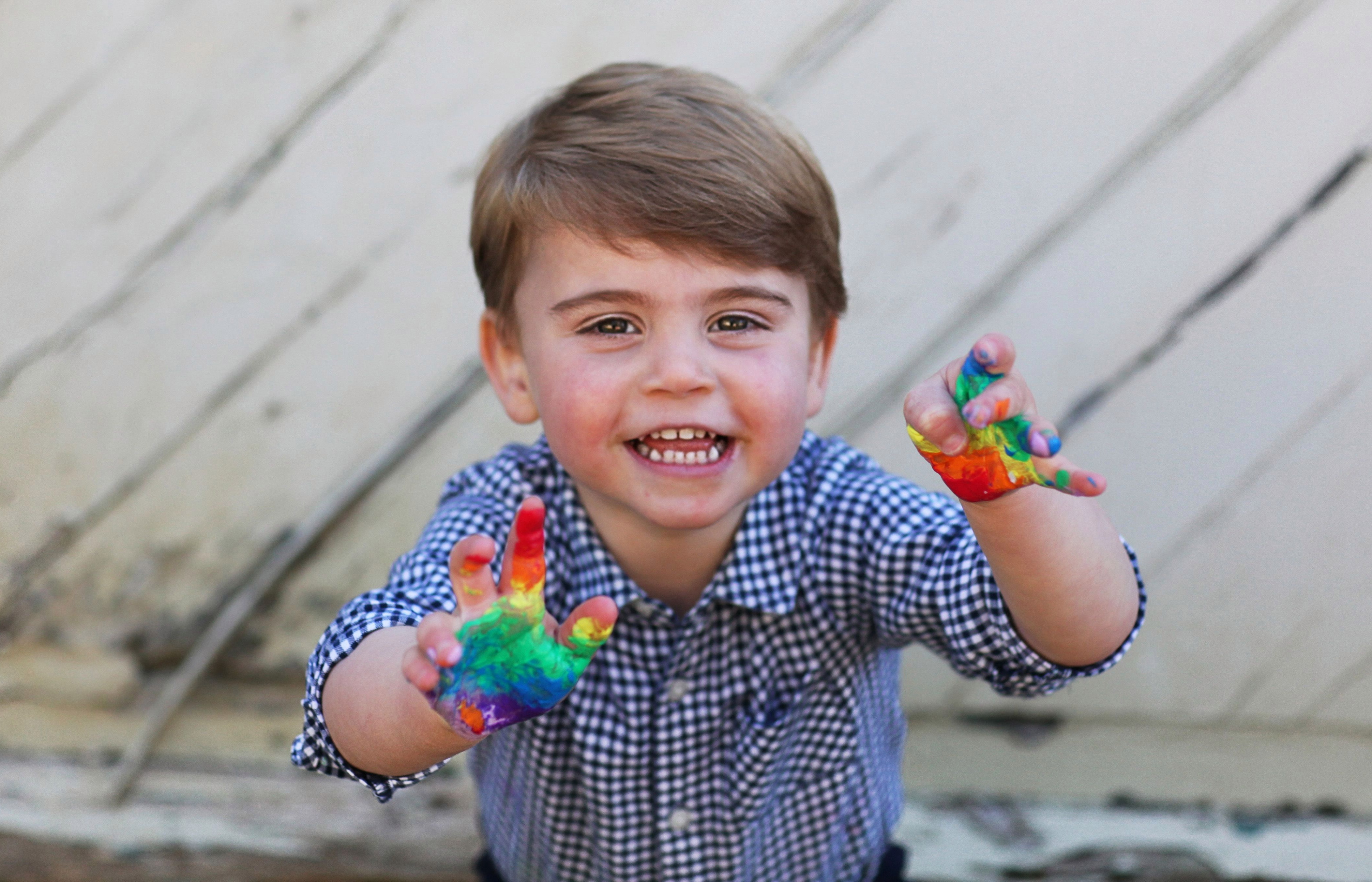 His artwork will go in the window at home as the nation again joins forces at 8pm tomorrow night to clap NHS staff and carers.

Louis was snapped earlier this month by his mum Kate.

Tomorrow, Louis will celebrate his birthday with parents Wills and Kate and siblings George, six, and Charlotte, four.

No other family or friends will be allowed to visit or join a birthday party due to lockdown rules.

Though the Cambridges are likely to use video call to speak to Louis' grandparents, even though they claim Louis has a habit of hanging up.

In other royal news, we told you how the Queen is delighted with Kate and Will's effort to support frontline workers.

Last week, Kate and William warned of an “ever-increasing” need for mental health support amid the Covid-19 outbreak.

They also revealed their worries for Prince Charles’s mental wellbeing after he was recently forced into isolation with coronavirus.

Mum-of-19, including quintuplets & triplets, spends £2.6k a MONTH on food shop – and does 18 loads of laundry every week