Alyce Tran, who has sold her stake in accessories label The Daily Edited.

Alyce Tran, one half of popular accessories brand The Daily Edited, has sold her stake to her former business partner after the pair became embroiled in a court dispute over the past two years.

Tania Liu, with whom Tran launched the brand while they were working as corporate lawyers about 10 years ago before taking it full time in 2014, took action against her former business partner in a WA court in 2019 over claims Tran had misused company funds.

The court action made national headlines in March after affidavits filed to the Supreme Court of NSW by Liu claimed Tran had used funds from the business, whose annual turnover is about $25 million, to fund outside business ventures, personal events and even repairs on her Sydney home. Tran has denied any wrongdoing, and had filed a defence and cross-claim with the court.

On Wednesday, Tran confirmed she had sold her stake in the business to Liu for an undisclosed sum, effectively ending the court action between the pair.

Speaking to The Sydney Morning Herald and The Age, Tran said she had long harboured a desire to sell the business. In 2017, the pair made headlines after selling a 31 per cent stake to Oroton for $4.5 million, only to buy it back for less than half that amount in 2017, when the heritage Australian brand was struggling.

“I have given a lot to this business in terms of my time and life and ideas – with product, I have left no stone unturned in terms of the range,” Tran said. 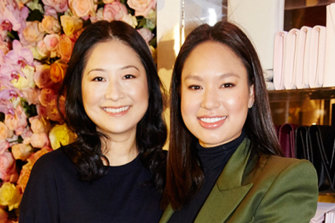 Liu confirmed that as a result of the sale “we will be ending the litigation actions between ourselves, and also between [The Daily Edited] and Alyce”.

“It will be business as usual at [the company] in the coming weeks while we work through a transition stage,” Liu said in a statement.

Tran’s last day at the business was Tuesday, when she had farewell drinks with her former colleagues. It is not known whether Liu attended.

The Daily Edited made its mark by getting in at the early stages of monogramming mania in the mid-2010s, marketing the idea that no personal accessory – from suitcases to phone cases and mugs – couldn’t benefit from being stamped with one’s initials. It ran its own boutiques in Sydney, Melbourne and Brisbane, as well as concessions at several David Jones stores and a thriving online business.

Tran said she was characterising her years at The Daily Edited as “a stepping stone in a very long career”.

“I am a very positive person so I never want to have any bad energy out there,” she said in wishing Liu well with the business’ future.

Still, Tran says in hindsight she could have been more open about the court action, especially with the company’s own staff. “For me, it was hard to maintain a sense of normality in the business once [the court action] was very much out there [in public] – so it made it difficult to manage teams and expectations,” she says. “I was very lucky and thankful and grateful that people had my back.”

Tran plans to focus on building her existing homewares business, In the Roundhouse, which was also implicated in the court action over the alleged misallocation of business expenses to The Daily Edited, as well as launching new ventures in the fashion and beauty space. She is also working with the US-based founders of RewardStyle, an affiliate marketing business that recoups commissions for influencers who recommend products, to establish the brand in Australia.

“It was always vaguely a dream of mine to have a range of different businesses so I could work across them and do the functions I found most enjoyable,” she says.

Liu says she was looking forward to “sharing my future vision for the business … [and] continuing [its] growth both locally and internationally in the years ahead”.

Oi Polloi Has Its Say on Mephisto’s Rainbow Silhouette