Gayle King celebrated her 10th anniversary with ‘CBS Mornings’ when she rewore her famous yellow & white dress on the show.

Gayle King, 67, has started a tradition for the past 10 years that she has been on CBS Mornings and that journalist looked fabulous when she rocked her iconic yellow and white dress on Jan. 10. Gayle celebrated her 10th anniversary with the show, which used to be called, CBS This Morning, when she rocked the iconic yellow and white dress she has been wearing since 2012.

Gayle’s sleeveless dress, which she first wore 10 years ago, hugs her frame perfectly. The fitted, color-blocked pencil dress features yellow panels down the sides with white down the entire front. The frock ended below her knees and she topped her look off with a pair of yellow pumps and a gold bangle.

On the show, Gayle explained the story behind the dress, “I’ve aged a little bit, but I always wear this dress every anniversary, and what’s funny, James, our wardrobe stylist, said, ‘I don’t mean to be disrespectful or insensitive, but are you sure you can still get in that dress?’” 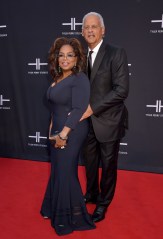 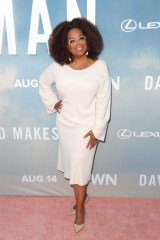 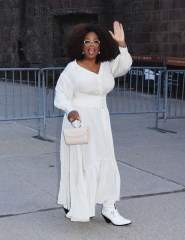 As for why she chose to wear this yellow dress in the first place, back in 2012, Gayle said, “Yellow is my favorite color – yellow is my happy place. I wanted to feel happy on that day. I was very nervous. And it wasn’t nervous about, ‘Oh God, I don’t know if I can do it,’ it was nervous because you just want to do a good job. We just wanted this program to work.”

Are you a ‘good person’ or an ‘absolute savage’? This is the ultimate quiz to find out but you HAVE to be honest