A GIRL was left horrified when a routine appointment at the salon to take her hair blonder ended up with her leaving with pink roots.

She had headed to the salon to freshen up her locks, but her visit turned into a SEVEN hour hair nightmare, as she claims her hair stylist botched the colour job. 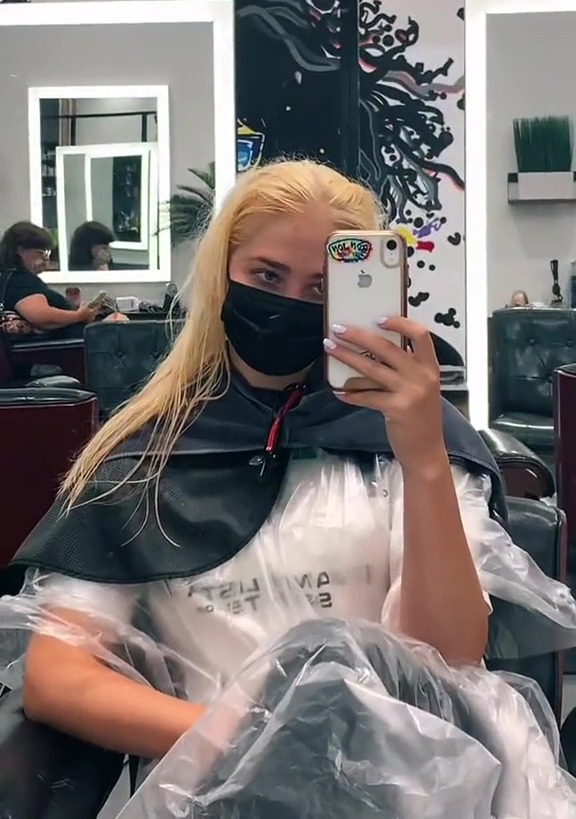 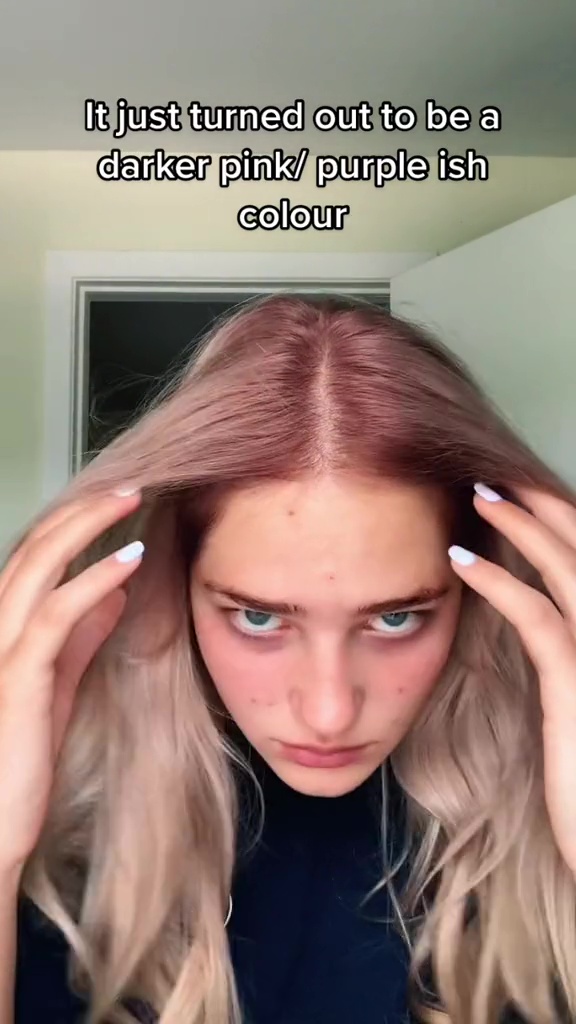 TikTok user @jamiejunee documented her hair appointment on social media and viewers could watch the process unfold, as her bleach blonde hair was accidentally made bright pink on top.

She ended up going viral online, thanks to her video racking up over 1.2million views, with the girl revealing in the clip: "Watch the hair lady dye my hair pink when I just wanted to go blonder."

Filming herself from the salon chair, she explained: "[The stylist] started off by bleaching my whole head."

She revealed the whole appointment took just over seven hours and resulted in her having a "panic attack" as she saw her hair slowly getting ruined.

"She was supposed to put the colour I chose which was blonde and the dye started turning pink. She said it was magic and it will turn out blonde…

"This is me having a panic attack because it was in fact not magic and the lady had for real made my hair pink."

She revealed that the stylist had tried to correct her hair for, asking the girl to choose another darker colour for her to tackle it with.

"Since I tore a strip off of her, she said pick a darker colour and she will fix it. It just turned out to be a darker pink/purple ish colour. Like literal wtf (sic)," vented the girl.

Hundreds of people commented on her post, with many fuming for the girl after seeing the nightmare appointment play out.

"If I asked for blonde and she made my hair pink I'm not paying," said one person.

Another agreed, as they urged the girl to get her money back, writing: "It looks good, but if it's not what you asked for you should demand a refund for sure."

A third commented: "It looks nice tho, but sitting in a chair for 7 hours and not getting what you wanted."

Others quizzed why the girl didn't ask the stylist to stop when she first noticed her hair going pink, while fellow hairdressers assured the girl the pink was due to toner and as she washes her hair, it should fade.

"Toner could be unpredictable tbh, but it will fade to blonde in a few shampoos," offered one hair professional.

Another said: "Hairdresser here! It's a pink toner to help cancel any unwanted colours. It usually turns out blonde but there are few cases [of this] (at least I experienced)." 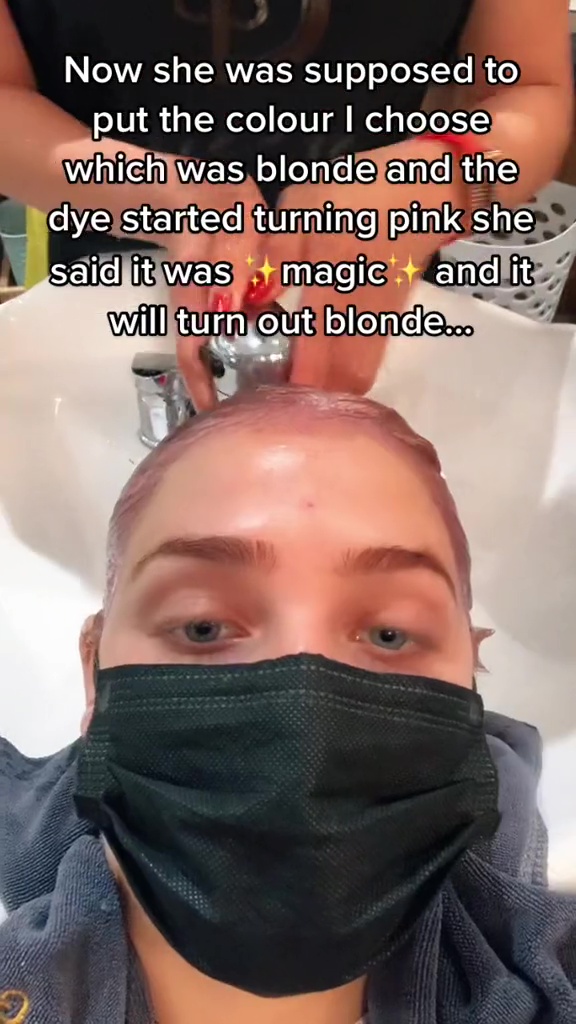 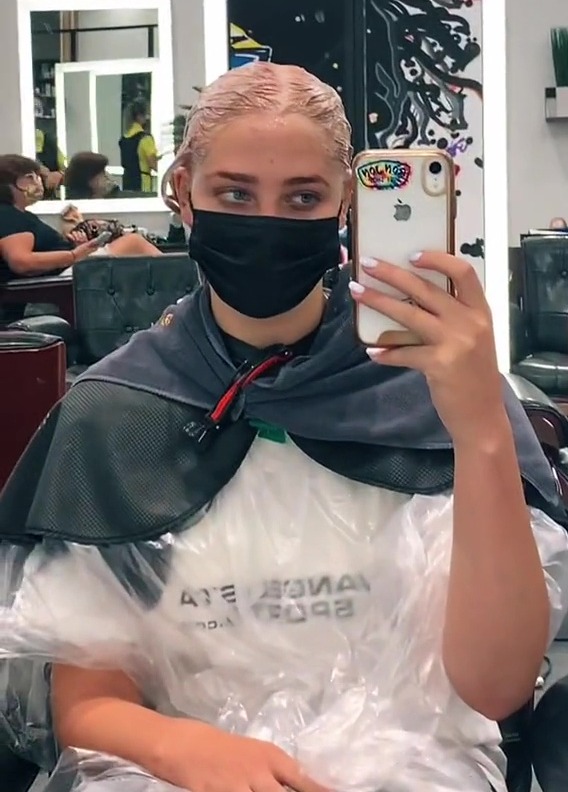 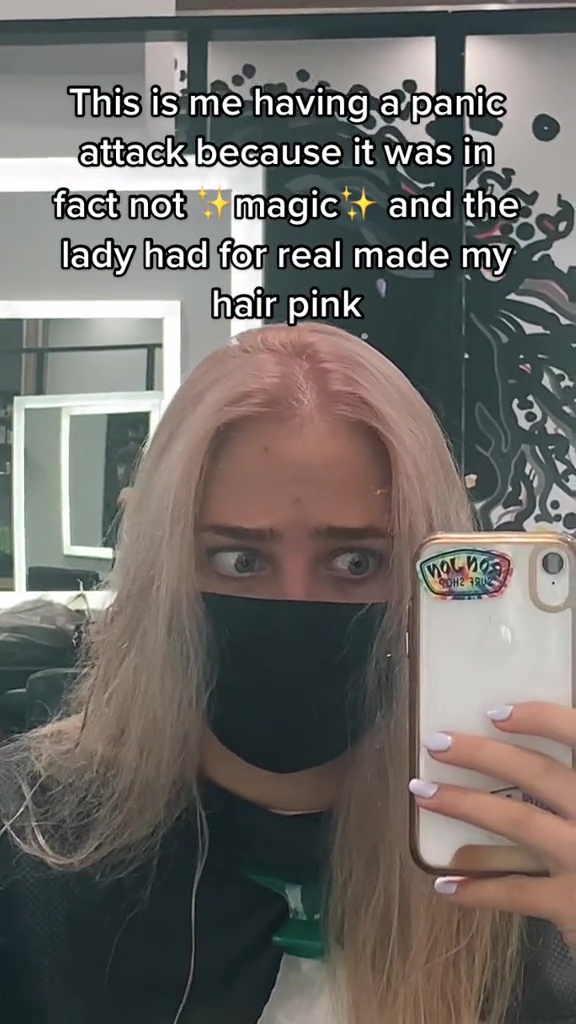 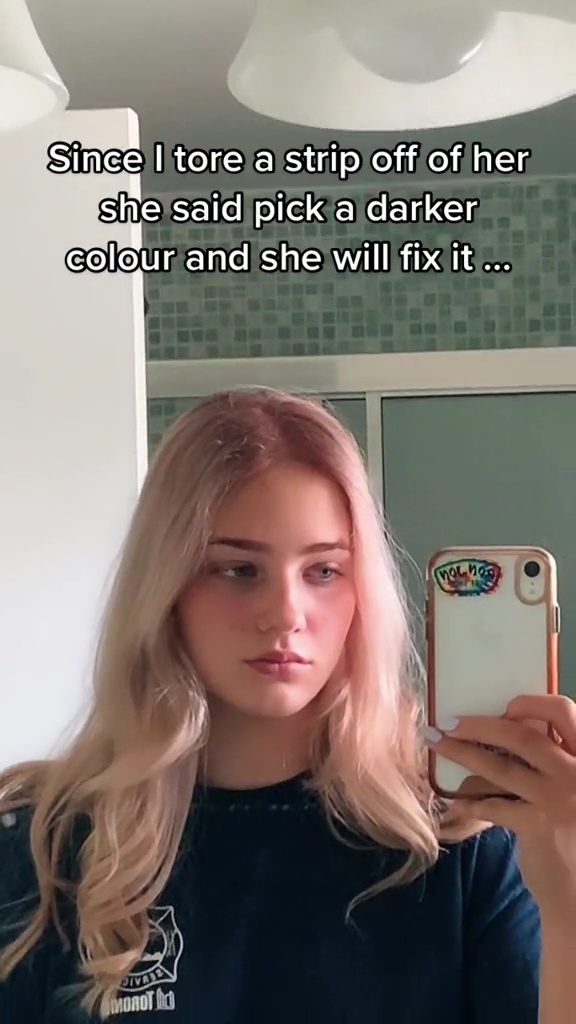 For more hair horrors, one woman reveals 'I paid £125 to have a split dye on my hair but my hairdresser left it a big patchy mess'.

Plus, a girl was mortified after hairdresser leaves her with horrific fringe fail which looks nothing like what she asked for.

And a professional hairdresser was left baffled after catching her client sneaking adding extra colour to her hair herself mid-appointment.

I started making my own loo roll 3 years ago and only wash it once a week – some people think it’s gross, I don’t care – The Sun

Kerry Washington on Her Neutrogena Partnership: 'I'm Proud of the Democratization of Luxe Product'