Home » Hailey Baldwin Defends Wearing Sneakers With a Bikini: ‘Is it That Crazy?’ 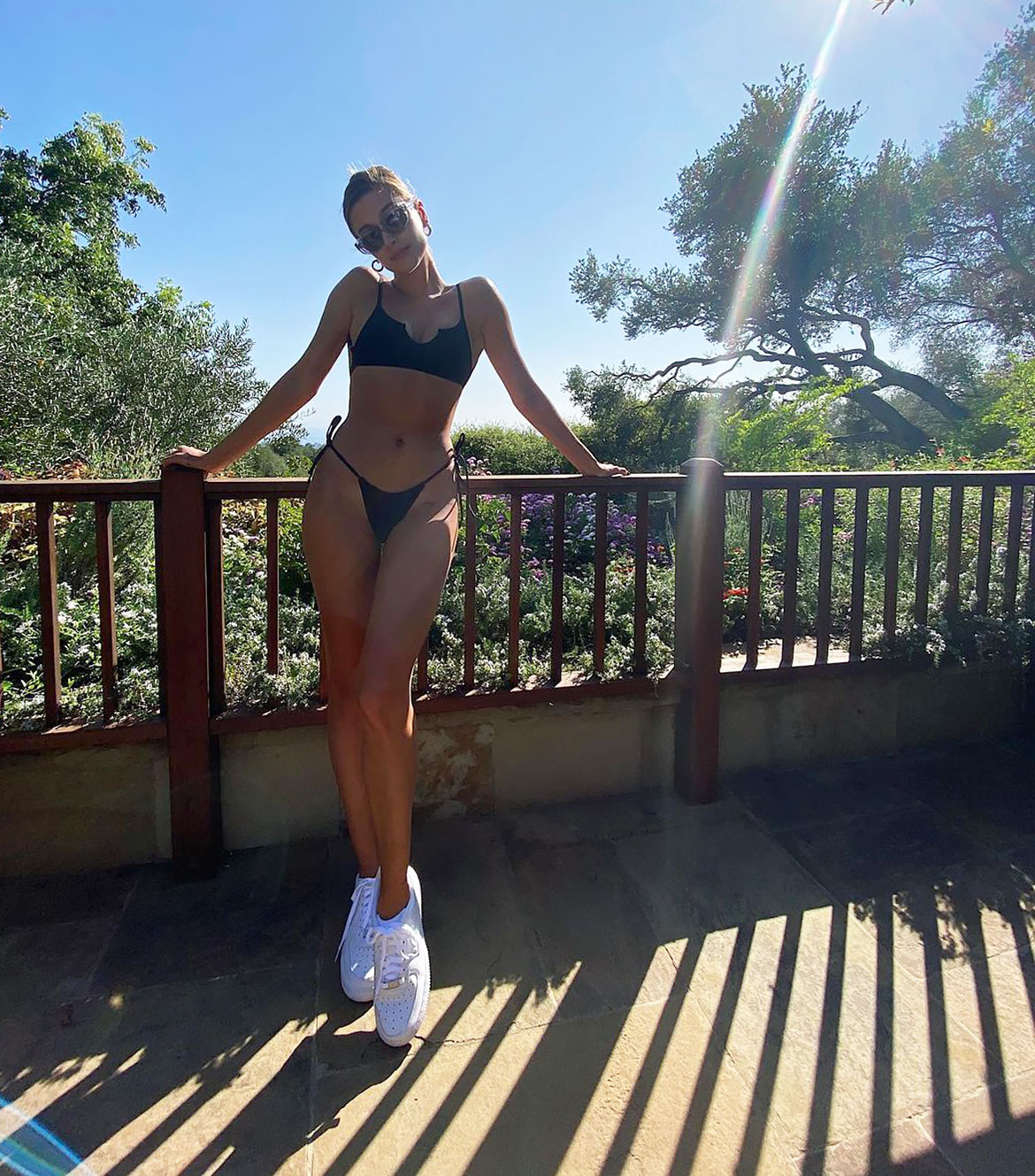 Be it socks and sandals, crocs and jibbitz or swimsuits and sneakers, some style statements simply stir up controversy. So, when Hailey Baldwin took to the ‘gram wearing a little black bikini with a pair of Nike Air Force 1’s in September 2020, people pretty much went crazy.

While she’s had some time to reflect on the fashion choice, the 24-year-old model, who chatted with Emma Chamberlain for Levi’s 501 Day Coffee Talk on Thursday, May 20, still stands by her decision.

In fact, her “go-to summer look” is a pair of Levi’s 501 denim shorts that give “a little cheeky moment,” a bikini and some sneakers.

“People think this is really strange,” Baldwin admits. “I was driving in the car one day and I was listening to the Kiss FM radio. They were talking about me wearing sneakers with my bikini on the radio. Is it really that crazy that I wore Air Force 1’s with a bathing suit?”

The Meaning Behind All of Hailey Bieber’s Tattoos

Fashion police may say it’s a faux-pax, but the dancer has no intention of switching up her summer style.

“The internet was like why is she wearing sneakers with her bikini? But, to me, it’s like I wear a bikini, I put on 501s and I put on sneakers. That’s my vibe in the summertime,” she explains.

Haters aside, Chamberlain, who has become a Gen Z style icon, is all for the trend. “I like it because I struggle with sandals. Like, it’s hard to find really cute ones and, when you’re on the go, you don’t wanna wear sandals,” she says to Baldwin, who is married to Justin Bieber.

Chamberlain continued: “I love sneakers with bikini. You probably inspired me to do that. You were probably on my Pinterest board.”

While Instagram can certainly expect see sneakers and swimsuits on Baldwin’s feed, they’re also in for tons of ‘90s style. Think: butterfly clips and square sunglasses.

The model adds: “I think that says a lot about that era because it’s still cool now just as it was back then.”