HOME Bargains shoppers are raving about a nifty washing up bowl which they’ve called a ‘game changer’ – and it’s nearly thirty quid cheaper than John Lewis.

Fans of the store are praising a washing up bowl which has a drain at the bottom, which means the end of lifting heavy tubs of water as it can easily drain away out the bottom. 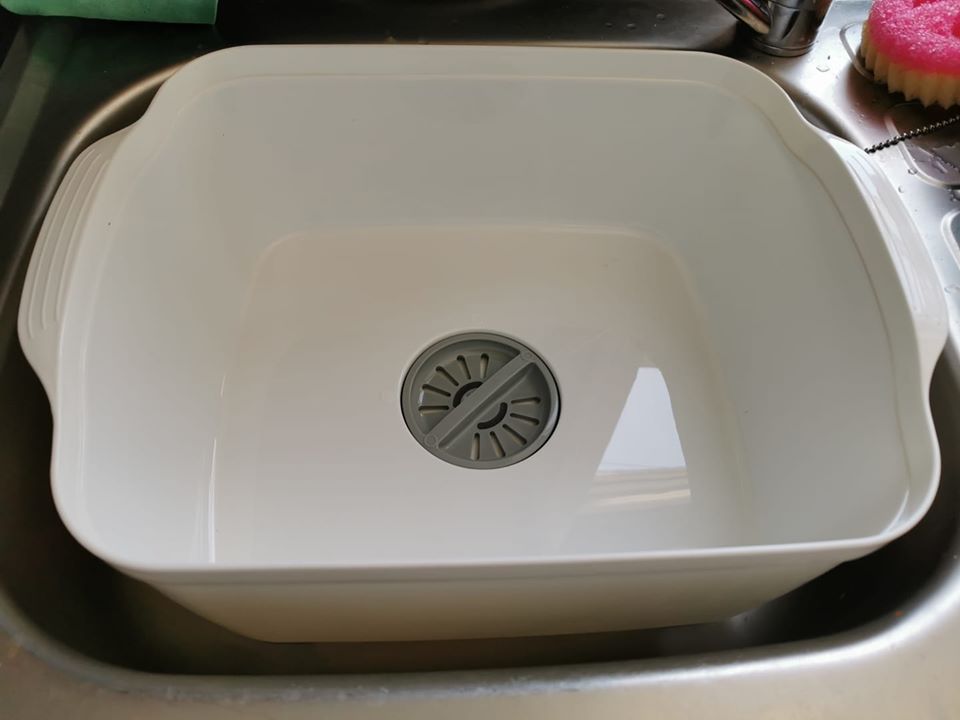 And the nifty design means it traps bits of food as well.

One Home Bargains shopper shared their find to Facebook group Extreme Couponing and Bargains UK, where more than 1,500 people have liked the post.

She said: "Seen one of these online at John Lewis for £31.99 and was prepared to pay it but then I went into home bargains today and picked one up for £2.99 so pleased I held off." 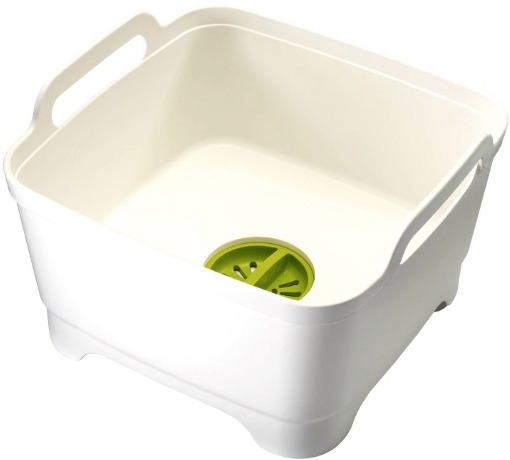 The posh department store sells a nearly identical bowl for £31.99, and describes it as having a “practical and smart” design.

John Lewis' website said: “It has an integrated plug which means water can be quickly drained away, eliminating the problem of lifting and emptying a heavy bowl.

“The plug can also be set to strain the water for food particles, allowing them to be easily disposed of and helping to prevent sink blockages.

“Its steep sides help keep water and soapsuds safely inside and large carry handles mean it can be easily carried, if required.” 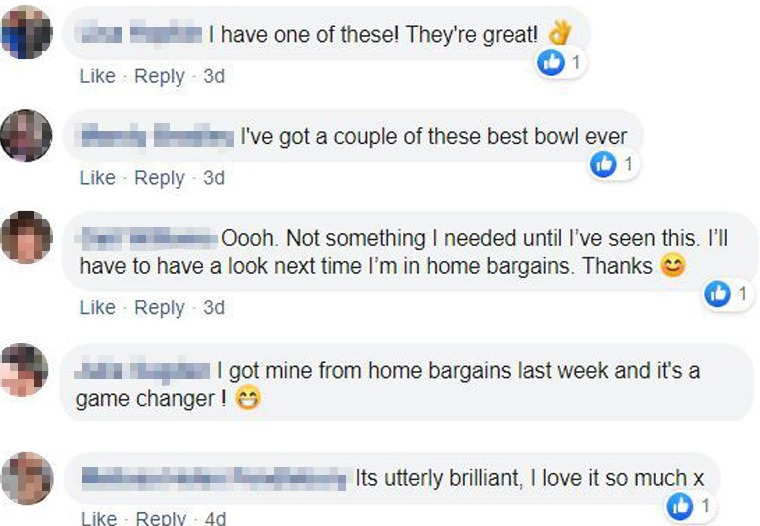 Cleaning fans thanked the shopper for sharing her bargain buy online, while others regretted paying pull price for theirs.

One person said: “I got mine from home bargains last week and it's a game changer !”

A third said: “It’s utterly brilliant, I love it so much.”

While someone raved: “They are brilliant! I want one.”

Meanwhile Savers is selling sparkly washing up liquid for 99p and it’s making people actually WANT to do the dishes.

And this cleaning hack might get you enjoying washing your bedsheets too.

While you're having fun washing dishes, you might as well clean your sink in seconds too.